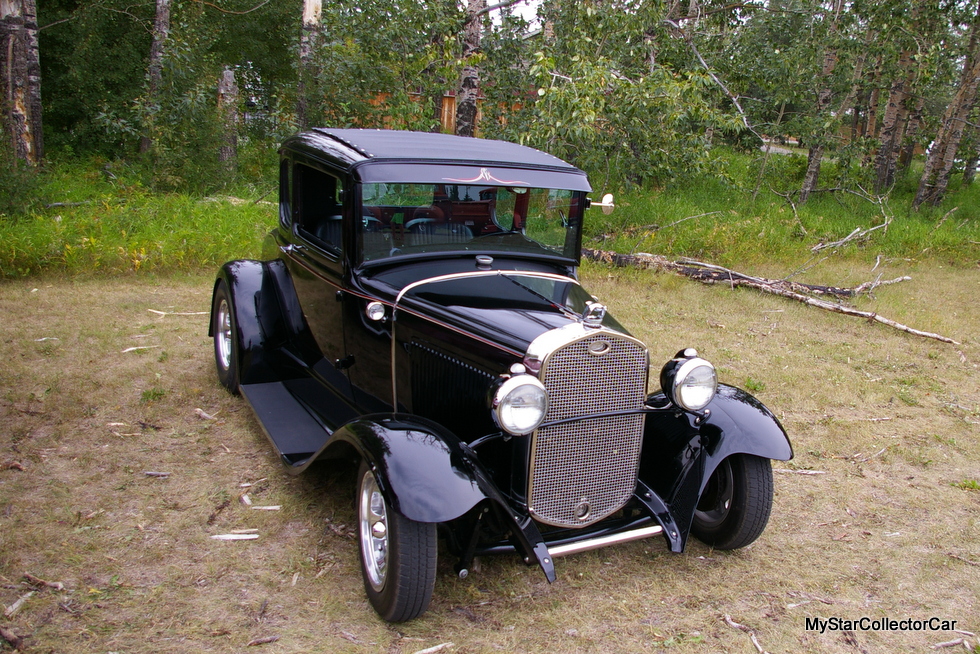 The Ford Model A was a replacement for the famous Model T and was designed to bring Ford into a brand new era of automotive design when it debuted as a 1928 model.

The A’s style was more modern than a Model T at the time and the Model A was a sales success in the late 1920s.

The two-door coupe versions of the Model A became a future favorite for members of the hot rod community because they were both affordable and plentiful during the early years of the post-war hot rod era in the late 1940s and 1950s. 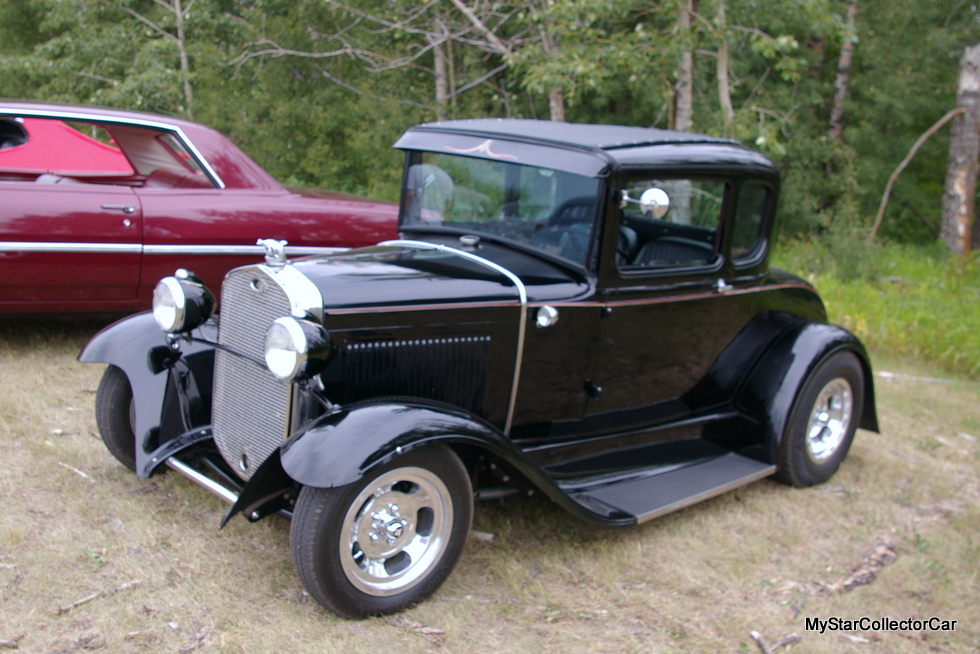 The two-door coupe Model A offered the same style as the sedans in a nimble package that could be massaged into a street machine by the young hot-rodders at the time.

The legacy of the Model A coupe still exists in the hot rod community and Tom Kennedy understands the concept because he built a 1931 Ford Model A coupe into a hot rod road warrior. The entire project took about “3 or 4 years of his spare time”, according to Tom. 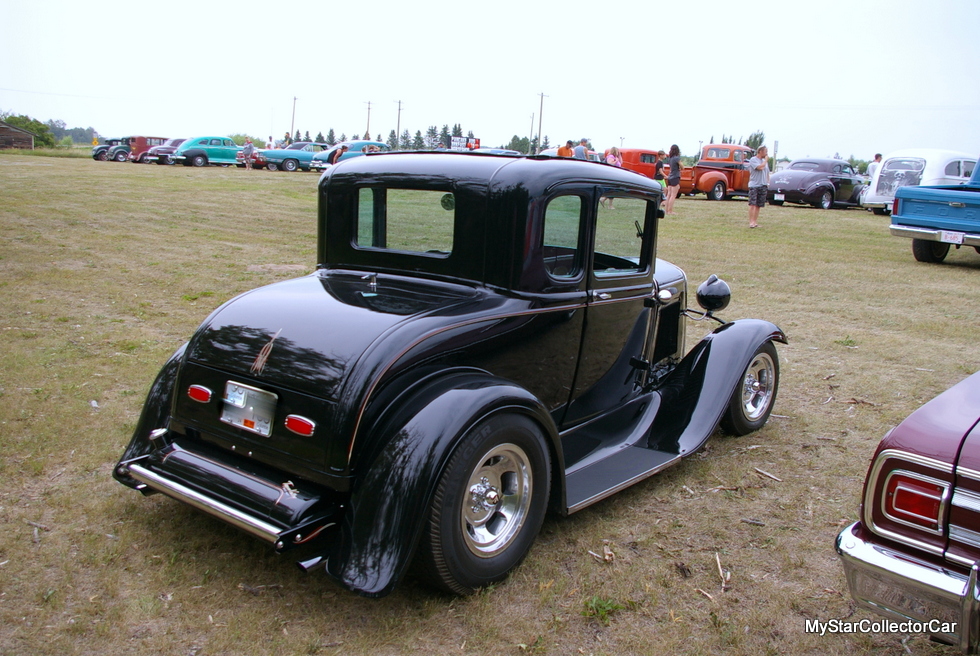 Tom is a recently-retired electrician who was still working full time when he built the ’31 Ford during his spare time. Tom brought a solid skill set to the project and started with a custom frame underneath the body. 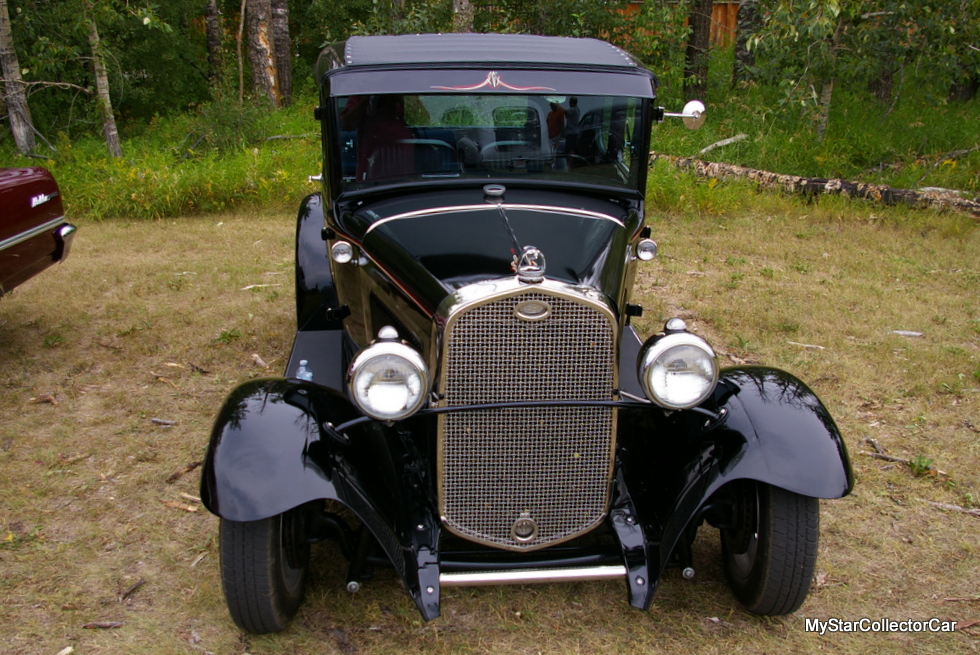 The Model A’s chassis now sports a four-link suspension system on both front and back, along with front disc brakes and rear drum brakes. 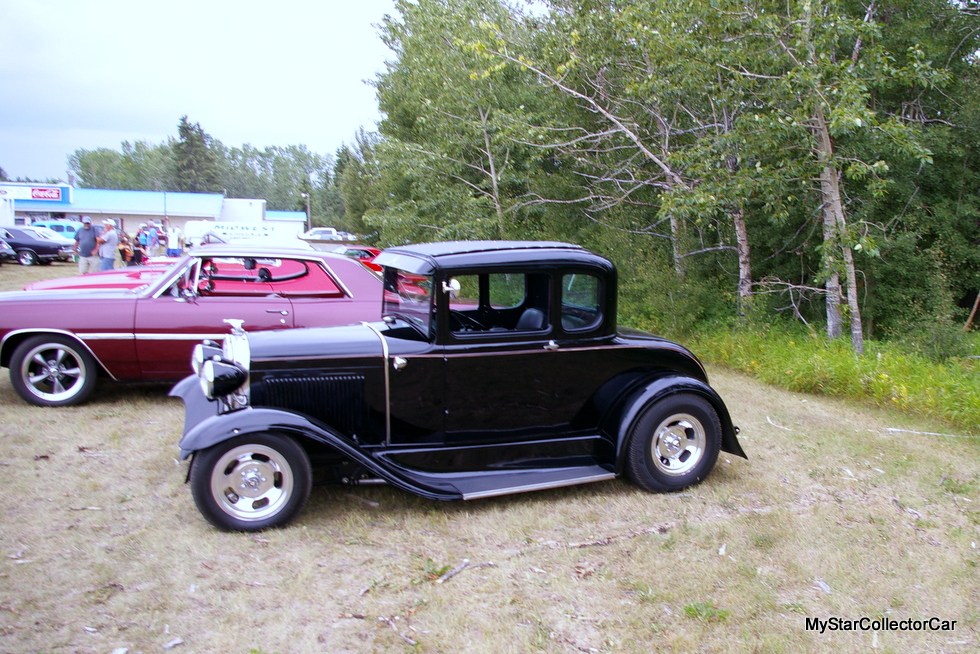 Tom also placed a 1932 Ford gas tank on the rear of his coupe and removed the original gas tank from its position in front of the windshield. Incidentally, the windshield still opens on the ’31 Ford-although Tom added an aftermarket AC system to his Model A. 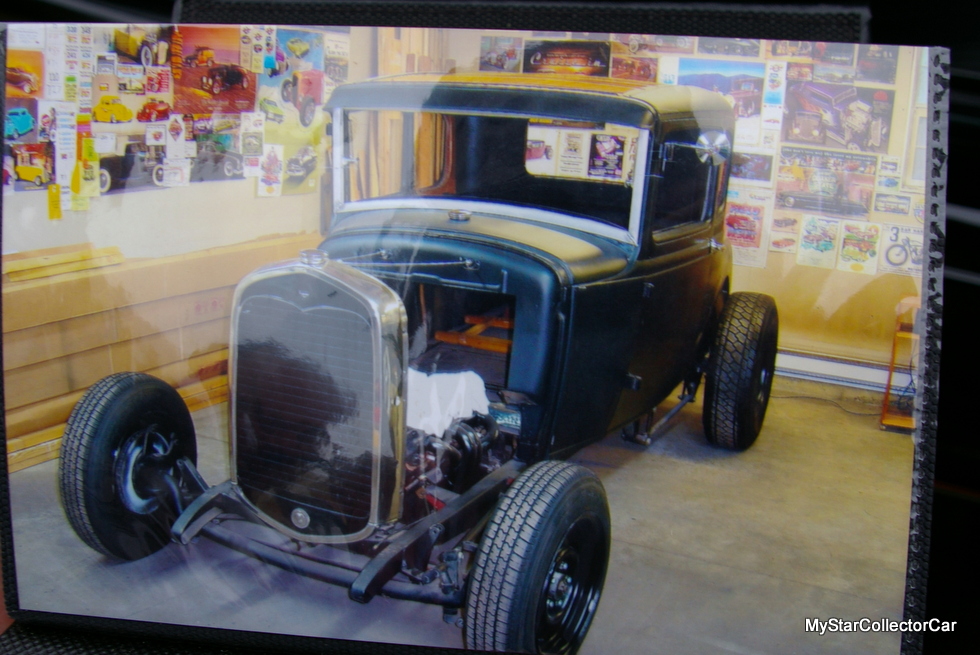 The original roll-out windshield provides plenty of fresh air that is “just like air conditioning”, in Tom’s words.

The Model A now sports a 350 Chevy small block that is hooked up to a Turbo 400 automatic transmission that transfers power to a Ford 9-inch rear end. 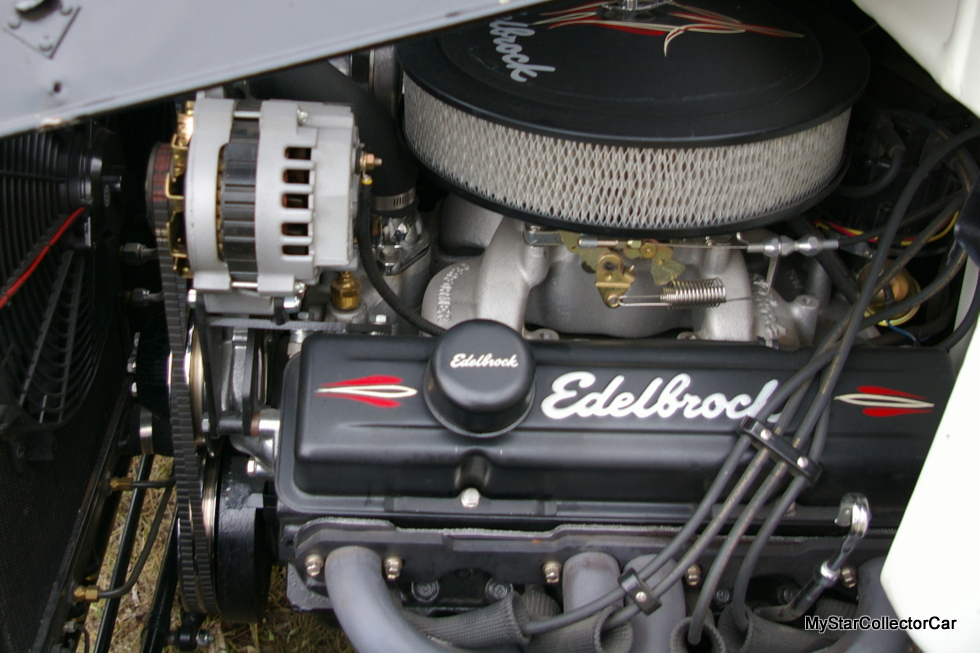 The seats are an aftermarket choice that offer plenty of comfort during road trips in the Model A coupe. Road trips are important to Tom because he loves to drive his finished projects and took the hot rod on a lengthy 2100 mile (about 3500 km) test drive to find out how the Model A hot rod could handle the long journey. 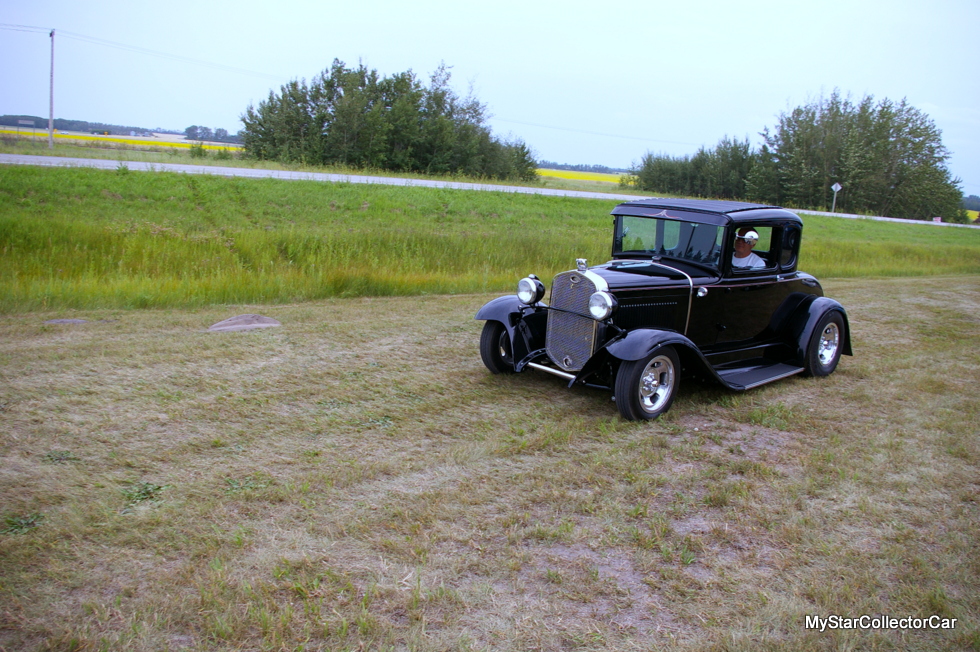 The Model A passed the test with flying colors and Tom had already put about 20,000 miles (34,000 km) on the car in about a year since the hot rod project’s completion in 2017.  Future road trips were definitely on the horizon because Tom has more spare time as a retiree. 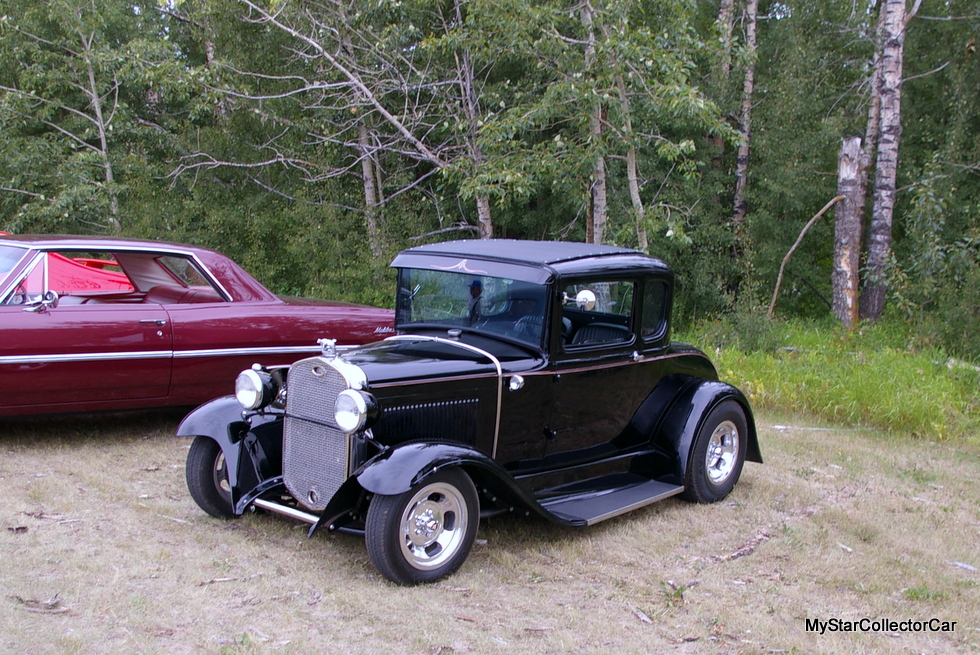 He also has more spare time to pursue other projects during the winter months because, in Tom’s words, “I like building-plus my wife knows where I am (in the garage)”. 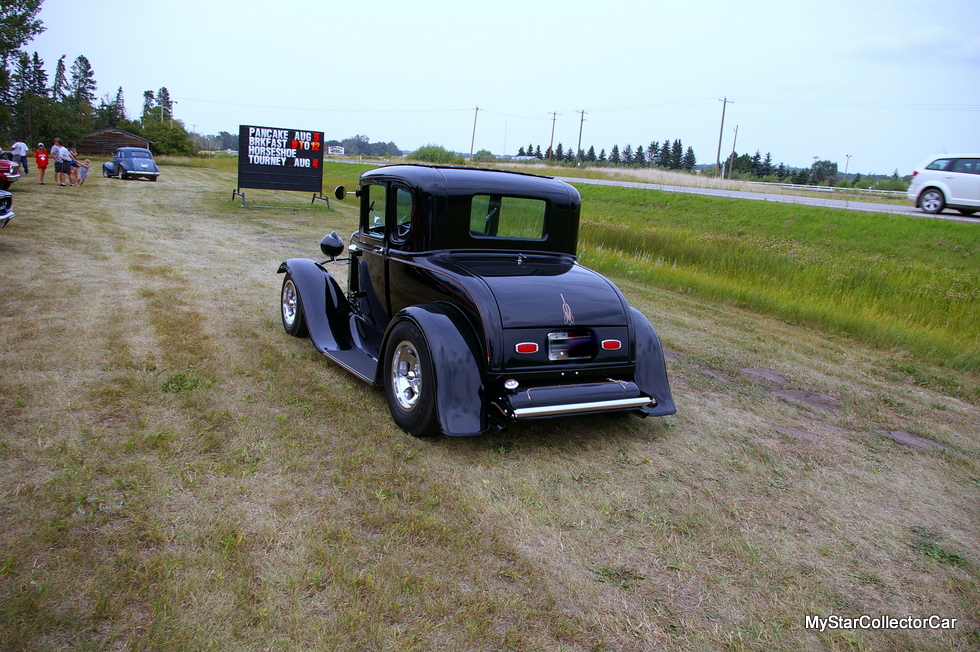 It is very clear that Tom thoroughly enjoys the challenge of a lengthy build and a long road trip in the finished project. That makes him an ultimate car guy to us here at MyStarCollectorCar.