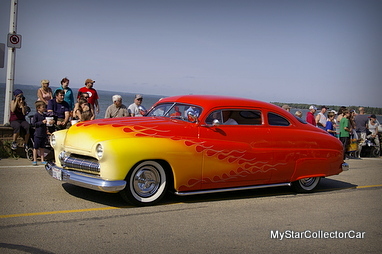 ’49-51 Mercurys have become the stuff of legend in the world of customs.

These low and wide beauties appealed to car guys in a huge way back in the early 50s.

Mercs had car hoodlum written all over them so there was an instant migration to chopped and channeled versions of these iconic cars. 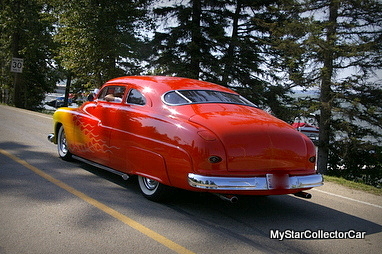 Sig Doring is one of those guys who was smitten by the classic late 40s-early 50s look of the Mercurys so he went on a quest to find one.

The easiest way to find one of these extremely popular cars is to head to the biggest venue you can find and start the search.

Clearly, Sig had that covered as he explained: “It was at Hot August Nights and the guy had it at the swap meet there”. 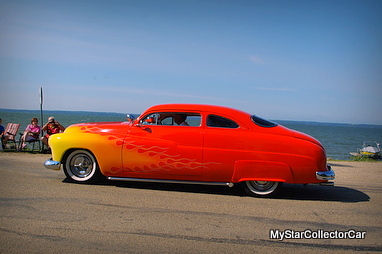 Negotiations for this ’49 Merc began in earnest: “I gave him a ridiculous offer but I told him I had to sell my car and told him if it he still had it, my offer still stands. He did have it and he said let’s just get it done so I actually got it for a sweet price”.

This was one of those dream scenarios where buyer and seller clicked in a big way: “He was about 70 and he knew I was in love with the car”. 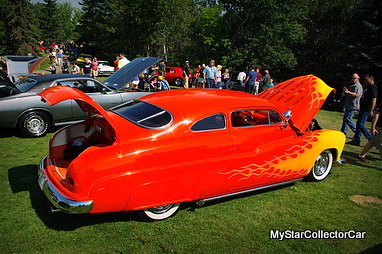 Typically, a seller would take advantage of unbridled enthusiasm in a buyer, but Sig clearly met one of the good guys.

Mercury customs can come in many forms, but Sig is one of those guys who prefers a fairly pristine version and this car met his standards: “In 1998 it won the Northwest Nationals. It was spotless underneath because he bought it from the guy who built it”.

This Merc had a few unusual features, mostly under the hood: “This is a 318 Mopar so it’s a little bit different. There are no door handles but it does have a special key that was signed by Bo Hopkins ( American Graffiti) and it has a 4 ½ inch chop”. 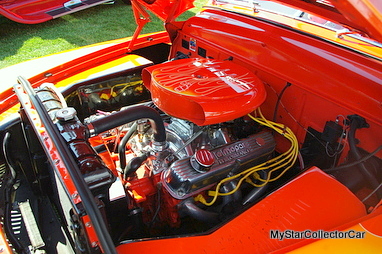 Sig is the kind of owner who prefers to run up the miles behind the steering wheel but this former show winner had a far more protected life in its past: “It had a trailer queen life–never again. I plan to put a lot of miles on this car”. 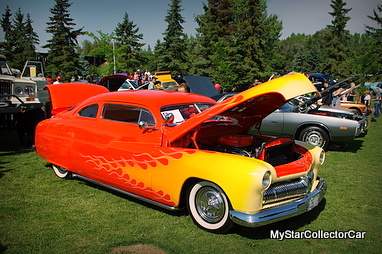 Obviously, Sig is an owner who respects the car, but he knows it was built to drive so other people can really appreciate this classic old Merc. 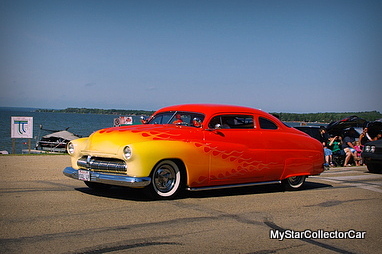 The experience on the road is familiar to anyone who has enjoyed the rock star on the road status you get with classic iron: “People keep up to me on the highway then speed up just to get a better look at it”.

Mercurys from this era have on characteristic that get magnified after a roof chop as Sig explained: “I’m fairly tall, so at stoplights the  traffic light is kind of hard to see”.

Obviously, that classic sense of Merc style comes with a small price in convenience.

There are marriages proverbially made in heaven so Sig and his classic ‘49 Mercury may be one of those great relationships.