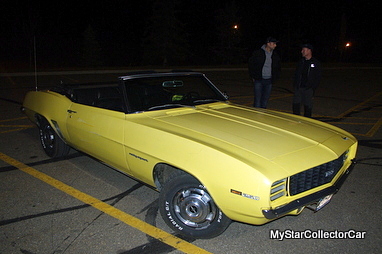 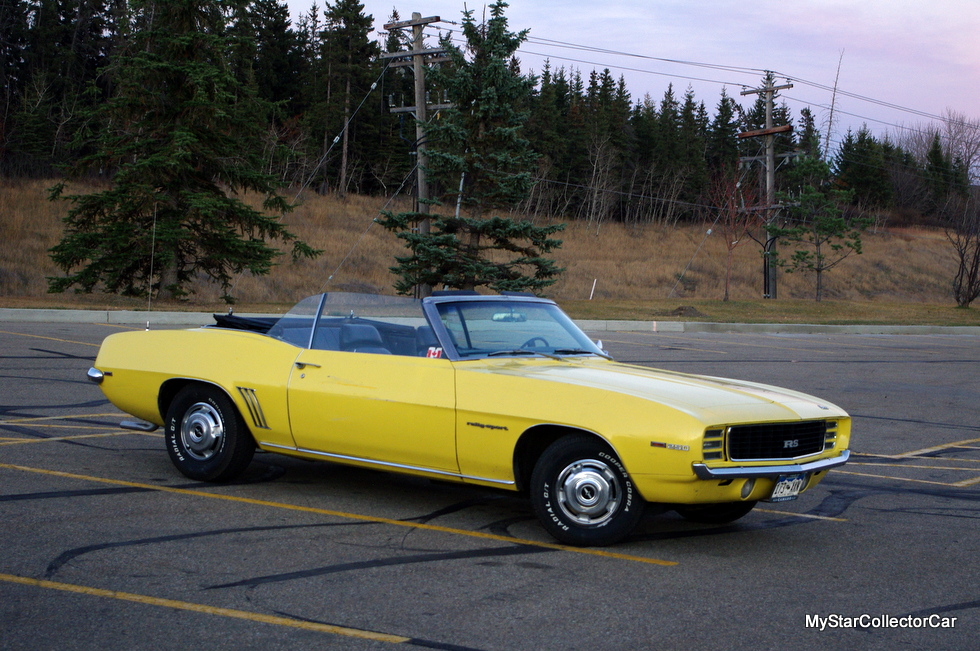 The 1969 Camaro should be added to Mt. Rushmore because it’s that much of a cultural icon.

These cars were popular right out of the showroom and 46 years later, they’re still a hot commodity.

Very few ’69 Camaros remain in stock form but the ones that do have a great story behind them. 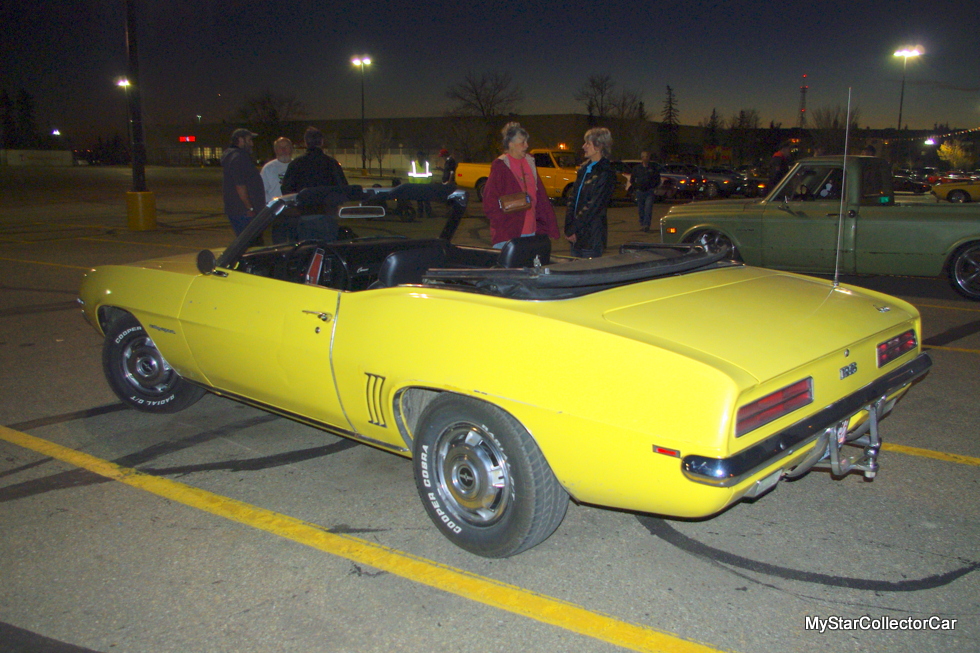 Rochelle Burnham was still living at home when she went to a local dealership to look at cars. She explained how she was looking for a good used car for her mother and she spotted a yellow ’69 Camaro RS convertible in the showroom.

This was definitely a love at first sight scenario because Rochelle admitted she “decided it was mine because I always wanted a convertible”. This was October 22, 1969 so the dealers were moving old stock and Rochelle cut a check for the incredible sum of $2173.00. 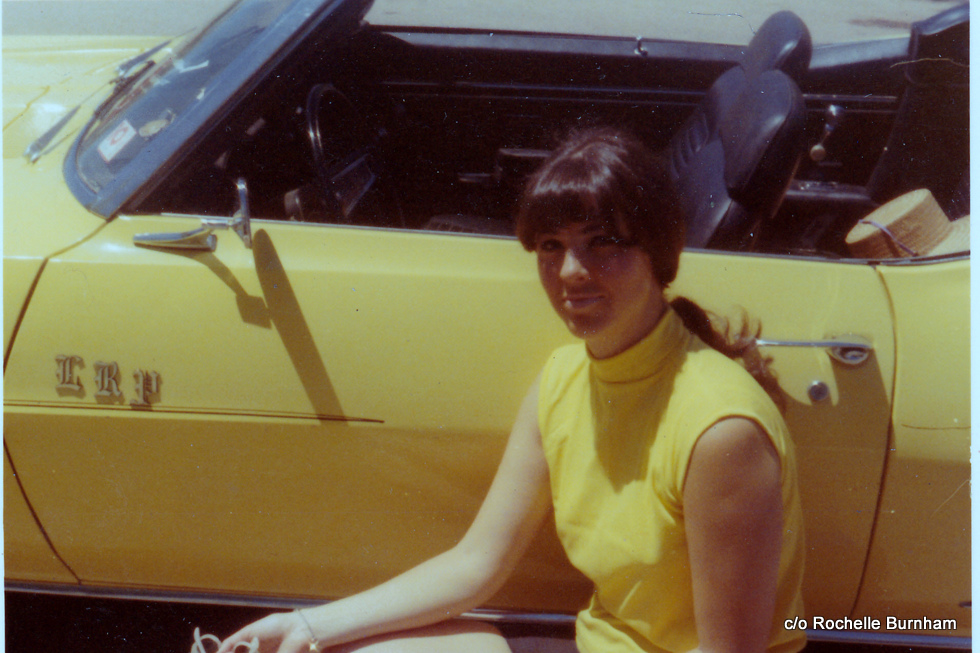 Rochelle ran into a few problems with her mom because they had limited parking and she still owned her ’65 Dart but the situation sorted out (mom took her Dart) and the ’69 Camaro was there to stay.

This car was a gut reaction purchase because Rochelle didn’t take in the details on the car until it was hers. She had a very oddly optioned ’69 Camaro RS convertible because it came with a bare bones 250 six and a 3-speed manual transmission. 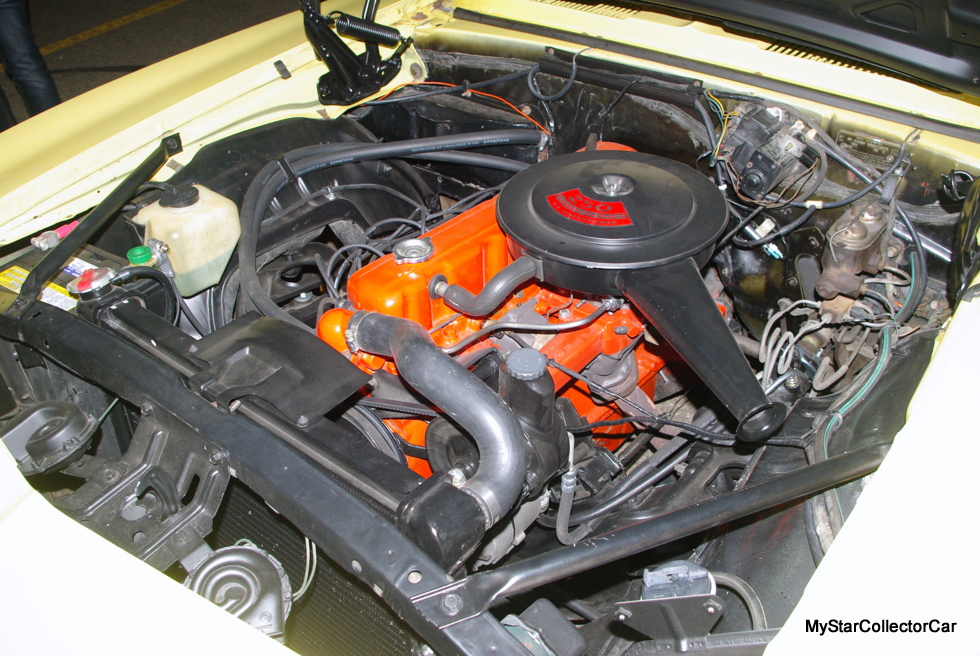 Rochelle is a documentation person to the 10th power so she has notes on every detail on this car from Day 1. She recorded every oil change, tuneup and gas bill on this car in a huge notebook plus she has every piece of information on the car including the original Protect-o-plate.

The only thing missing is the build sheet and Rochelle believes it didn’t survive a mouse invasion during a period of storage. This car is incredibly rare because of its lack of options and Rochelle found out how popular these cars were long before the spike in value.

Rochelle admitted she “started getting offers for it in the early 70s because every time I went in for gas someone gave me their name if I ever wanted to sell it”—when the car was only a few years old—that’s how popular ’69 Camaros were even when they were only a few years out of the Chevy showrooms. 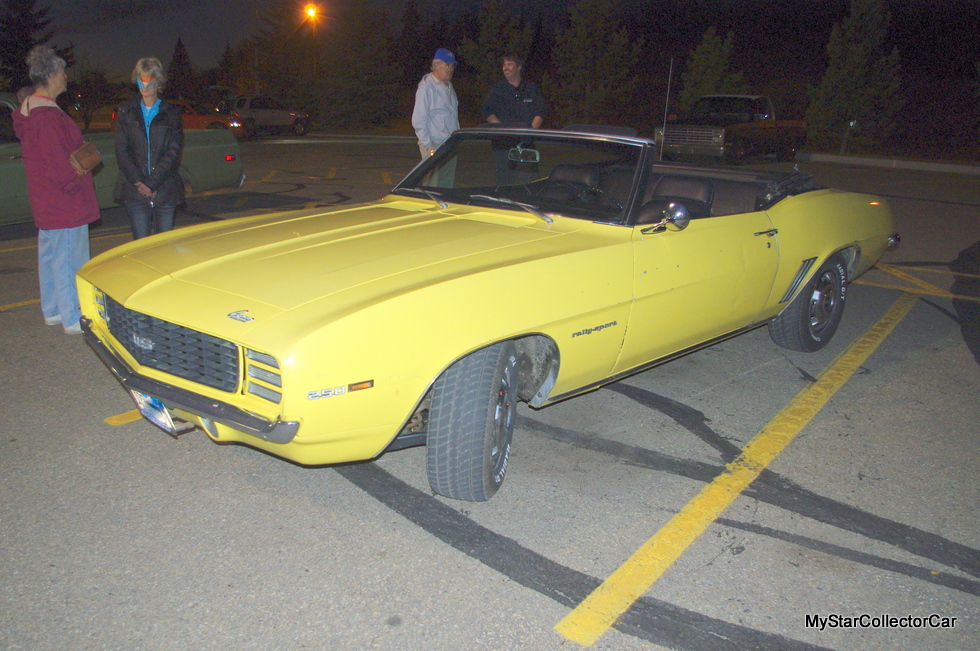 Most car guys have the same plan then and now—stuff a massive big block under the hood and fit the mold of most vintage Camaros in 2015. Fortunately, Rochelle had a different vision for her beloved car and this car is essentially the same car it was back in October 1969. 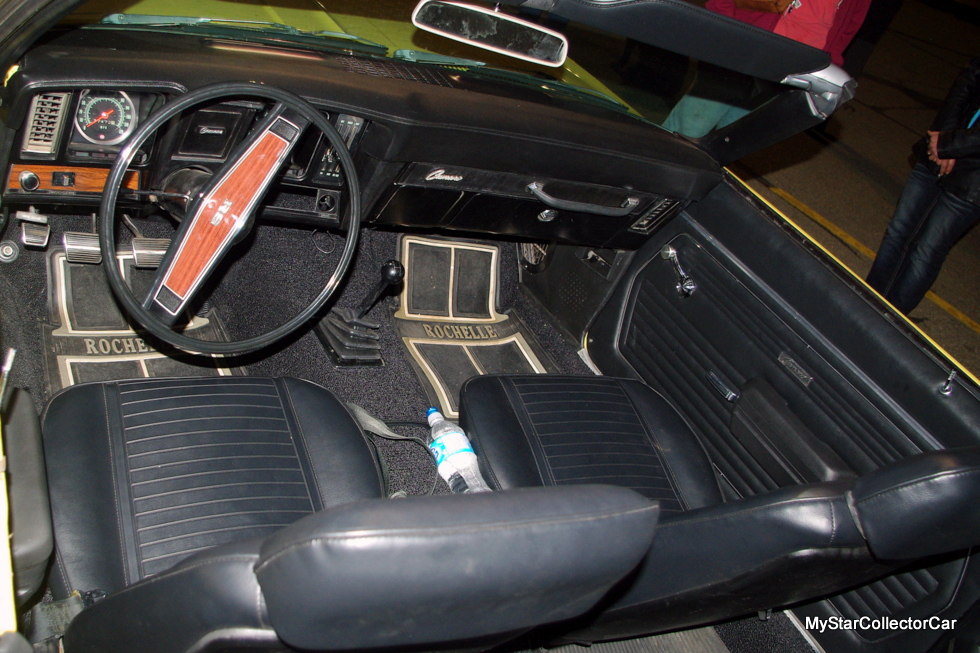 The original motor was completely rebuilt and runs like a Swiss watch but the original interior didn’t survive the mouse invasion so it’s brand new.

Rochelle moved on in life and actually took the Camaro out of active service in 1978 but she never let it go. She got married and moved to Canada because she wanted “a mechanic and chauffeur” but there was one more condition. He had to build a garage for the Camaro. 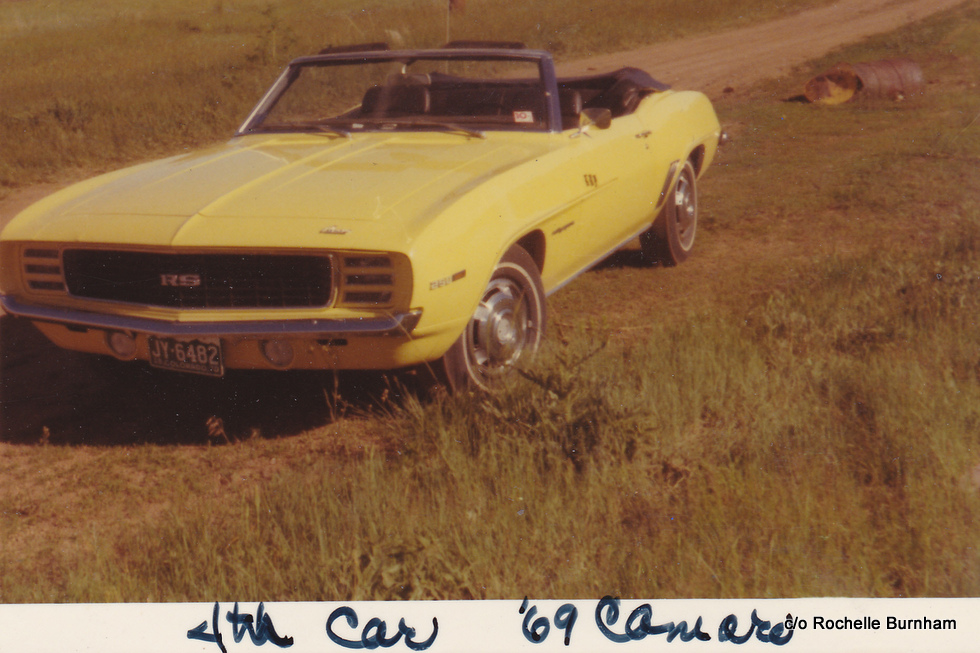 This car is leading a life of semi-retirement because Rochelle and her husband spend a lot of time on back roads in her lifetime car buddy and one thing will never change on her watch.