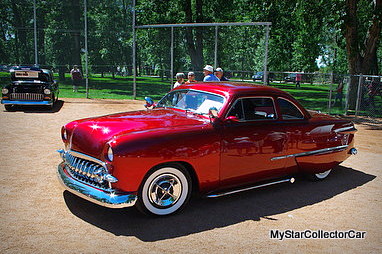 Shoebox Fords were an immediate hit with hot-rodders in the early 50s.

They were a welcome sight in 1949 because they put some serious daylight between the post war look and a fresher 50s look.

Meteors were the Canadian version of the Ford shoebox and that makes them equally cool and much rarer. 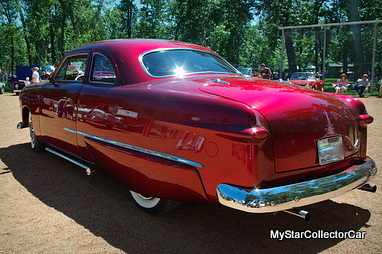 Phil Secotte is the definition of an old school car guy. His roots go back to the 1950s and he’s built so many rides he could knock one off in his sleep. He’s proud of his Canadian heritage, so it was fitting that his Canadian ’49 Meteor was at a show on Canada Day (July 1) last summer. 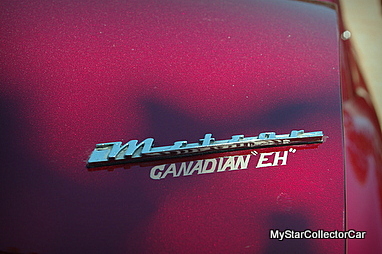 Phil was very clear on the background to his Meteor: “It’s not a checkbook car-everything was done in my garage or my buddy’s garage. There’s a lot of mistakes in this car but it’s built old school”.

This old Canuck Ford is clearly old school because Phil built it from life experience so the car reflects how things were done under the hood: “It was a 239 (flathead) and it’s stroked to 292 with a four bolt main and it dyno’d at 300 horsepower”. Phil doesn’t know the meaning of the term “crate motor”. 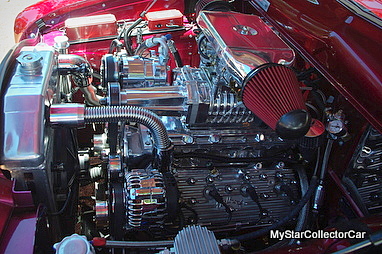 Phil added some classic junkyard touches to his old Meteor: “It’s got ’64 Thunderbird seats with the chrome strips removed, 700R transmission and it’s got a C-4 rear end. The grill is out of a ’54 Chevy and the car has been dropped 3 inches because it’s got stock dropped spindles and I changed the springs. It’s got 13 pulleys on one fan belt under the hood-the guy who did it said if it doesn’t fit don’t worry-it will when it’s done”. 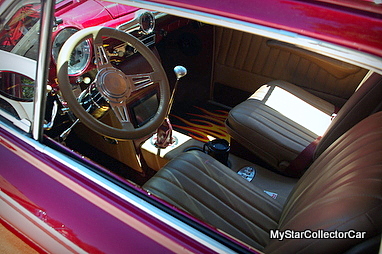 This car would have been a pretty nice trailer queen but Phil doesn’t build cars to look at them so he’s run up some miles on his old Meteor: “I took it out to Langley a few years ago and I stopped in Kelowna on the way back to show it to the guy who sold it. He told me he was happy it went to an older guy who didn’t mess with it but when I showed him the car he said that’s not my car then he asked if he could sit in it”. 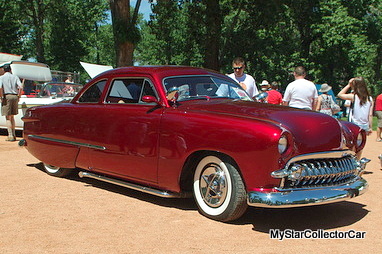 Phil has had a few real-life misadventures with his car: “I was honking the horn for the wolf whistle and backing up and I caught a post with the door. I don’t like driving it with the door not up to my standards so it’s going to be fixed by a guy in the States”. 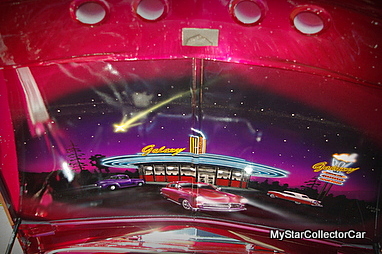 Natural disasters are another huge fear for car guys and Phil faced that too, after a major flood: “It was in the garage and a buddy told me I had half an hour before the flood waters hit so I put it up on the hoist and it sat there for a month before we could get back to it”. 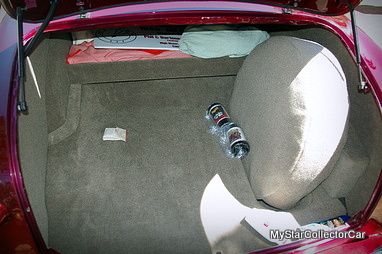 This was an opportunity to upgrade the Meteor, so Phil took advantage of a bad situation: “I didn’t want to rebuild it again myself because once you’ve done it once you don’t want to do it again so we gutted it and I turned it over to the shop. Now the seats are a lot whiter plus it’s completely rewired from headlights to tail lights and it’s got a Dakota digital dash”. 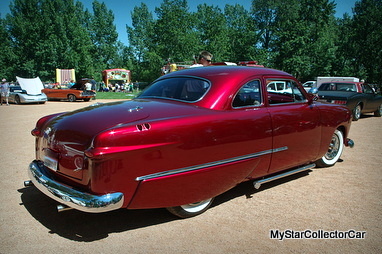 There are ups and downs with any classic ride, but Phil’s ’49 Meteor shoebox has clearly followed a long and winding road.