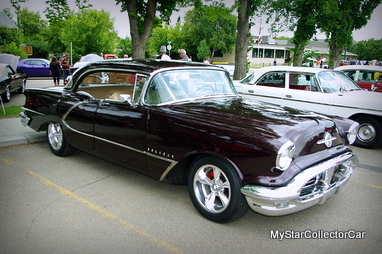 There is nothing more comfortable than a large sedan built in the 1950s.

These large cars were built to soak up the miles on the newly-built turnpikes in 50s America. 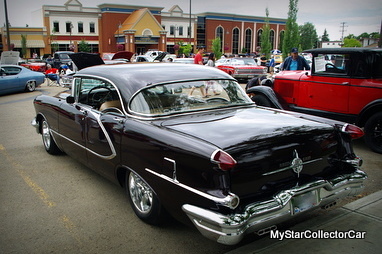 Ken Roberts is the proud owner of a 1956 Oldsmobile 98 Holiday Hardtop but he cannot clearly define the one thing that convinced him to own it. He explained: “I wanted something in that year and I liked the Olds from this era but not necessarily the 98 but it’s definitely rarer. There’s just the right amount of stainless on this car”.

This Olds 98 is basically stock, but there’s one difference under the hood: “It’s a ’57 Olds 371 under the hood so there are some subtle differences but it’s still got the 4-speed transmission “. 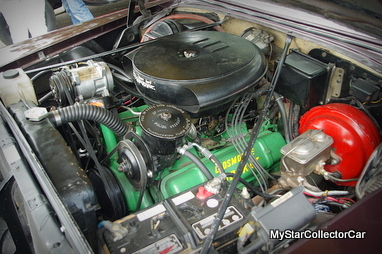 This car has a few other amenities that Ken mentioned because he believes they make this car a better driver. He listed some of the options: “It has AC and cruise control “. 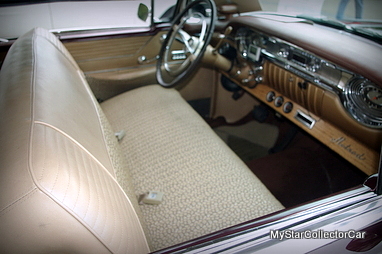 There is another upgrade  Ken added because of an experience he had when he picked up the car: “It’s got disc brakes now because it was a little scary coming back through the mountains in BC. I do have the original wheels but they weren’t big enough to fit around the calipers”. 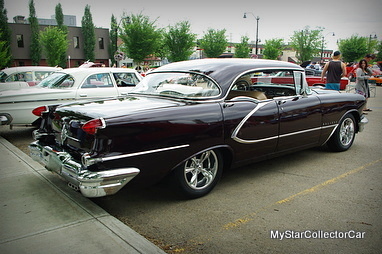 This Olds had a few cosmetic issues as Ken explained: “There was some body work for about seven months and it’s pretty straight now but there was a bit of bondo in it before. It was a two-tone but now it’s a newer GM color”.

Oldsmobiles from the 1950s really show their strength on the road and this car didn’t disappoint: “It’s a very nice highway car, big, heavy and long. It moves along pretty good and there’s lots of torque plus it gets 19-20 miles per gallon and you need to get that with a 16 gallon tank. It’s got pretty good manners on a hot day because the heat doesn’t seem to bother it. Never really had a problem other than one time when it wouldn’t start and it turned out to be the battery cable was loose-it’s a tough old engine”. Most car guys will agree that’s a pretty short list. 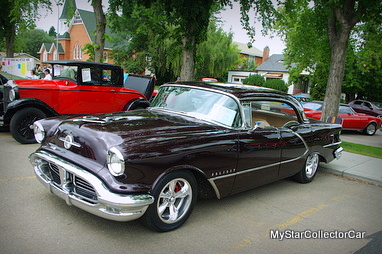 Ken’s Olds doesn’t spend all its time on the highway but it has done a fair number of road trips during its tenure with Ken: “In 11 years I’ve put about 20,000 miles on it. The longest one after the BC trip is about 700 miles round trip”. 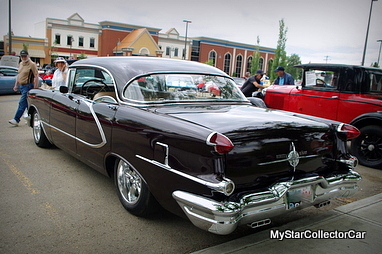 Oldsmobiles are distinctive vehicles and Ken has a unique description for his classic 50s ride: “Nowadays new cars look like a melted jellybean”. This Olds is in a different league because Ken’s car was surrounded by spectators at the show. 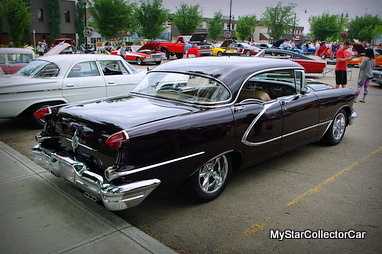 This is clearly a long-term car and owner partnership because this is a relationship that’s survived a decade and Ken is clear about his future with the car: “I’m not planning on selling it because it’s too much fun to drive”. 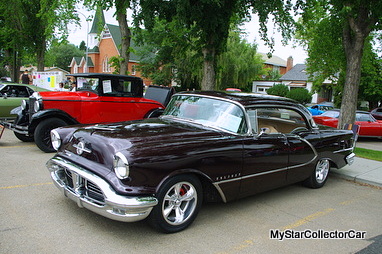 There is one final reason why Ken wants to keep this ‘56 Olds and it’s summed up in a fairly basic sentence about how much fun this really is to drive.

“I use it to go golfing because it’s got such a big trunk it can hold my golf bag”.

A WALK THROUGH THE PAST IN AN OLD SCHOOL CAR CROP