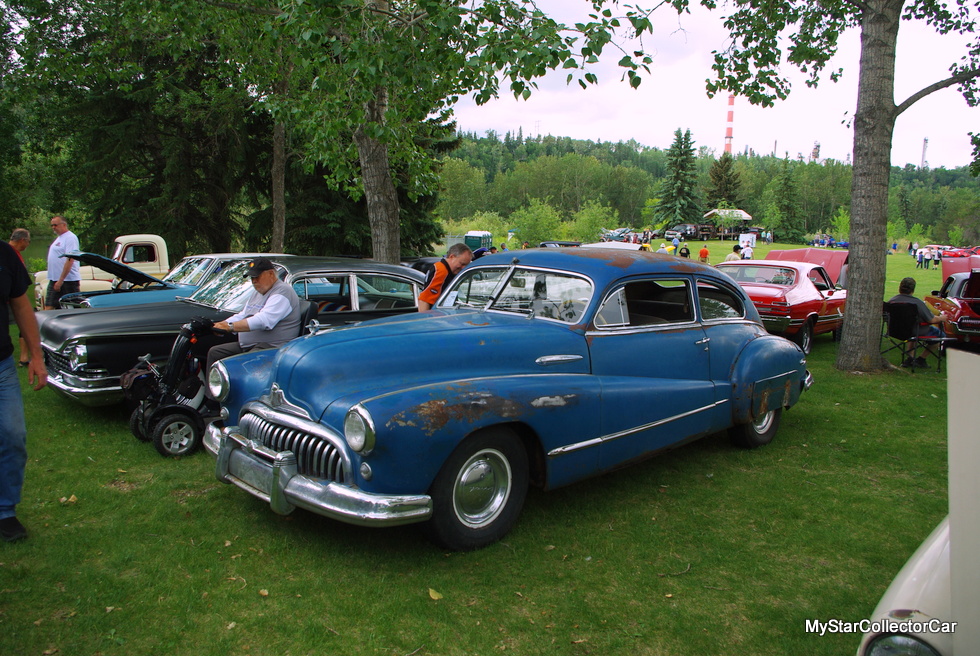 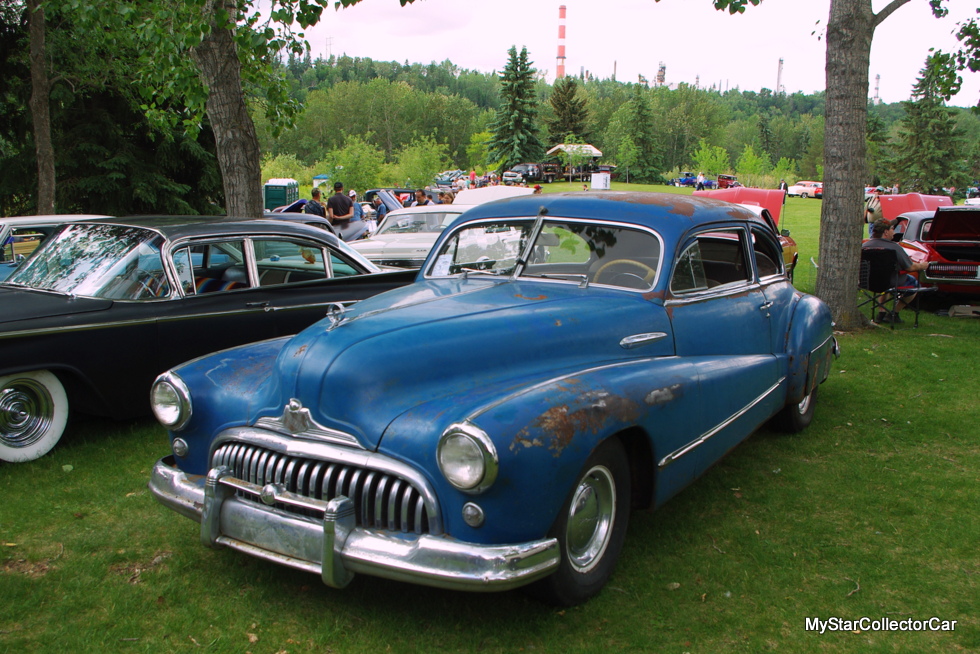 MyStarCollectorCar conducts numerous interviews with proud owners and they all have a story.

Most of the stories are set at the end of the narrative—in other words, the last page of the book is written.

This 1947 Buick Super Series 50 is still in the middle of its story because the ending hasn’t been written. 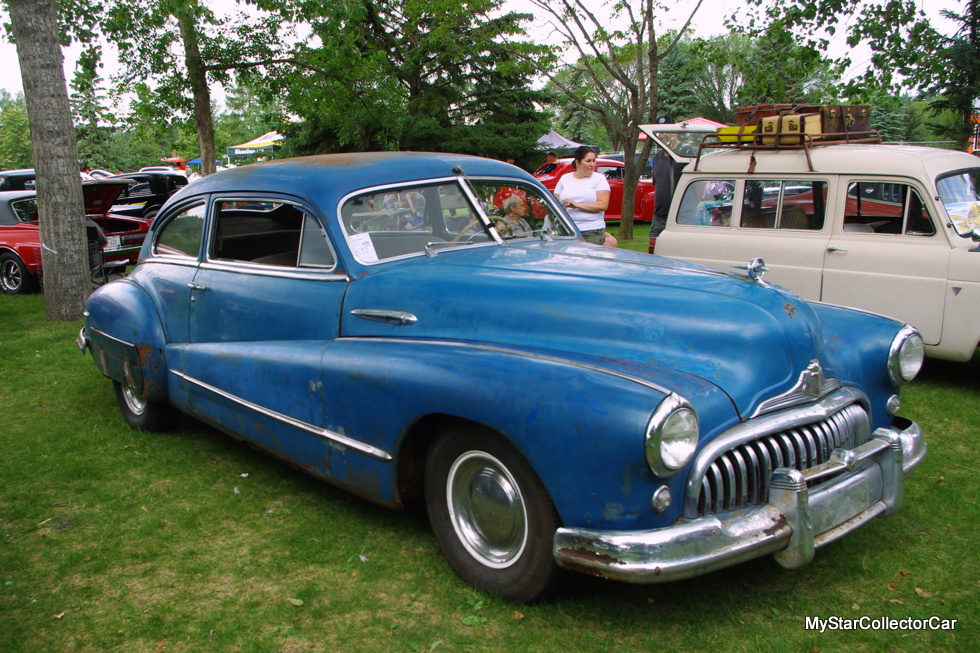 Cam Bedford is the proud owner of this rare Buick thanks to his dad Doug who bought the car a few years ago from a buddy’s estate. Doug picked up the car because the previous owner started on it but ran out the clock before the car hit the road. 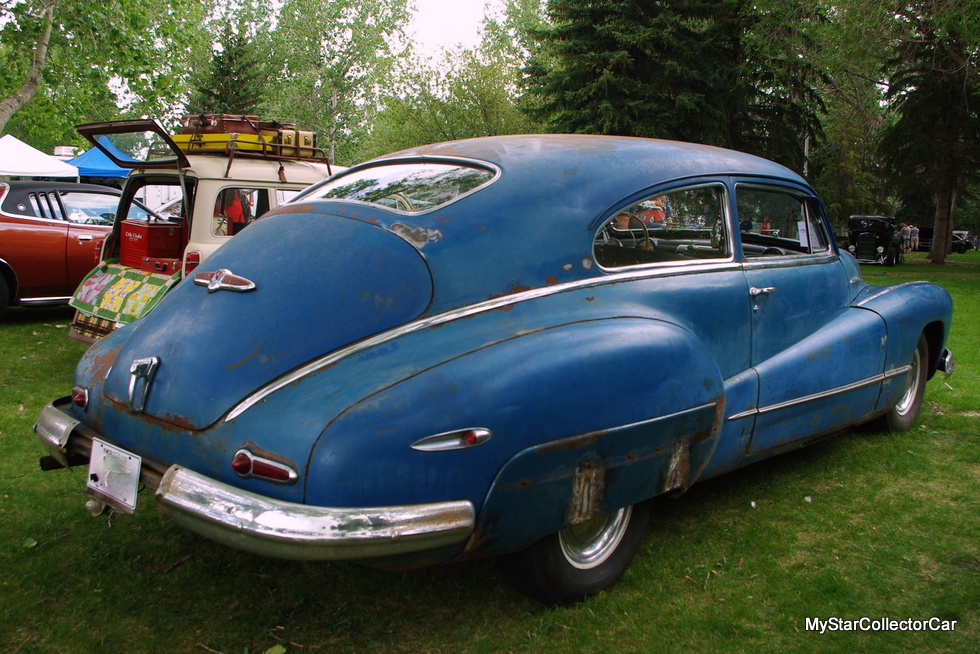 There were many issues addressed on this Buick before the Bedfords picked it up. The engine was freshly rebuilt and the brakes had been completely done. The radiator was rebuilt and the gas tank had undergone a complete overhaul so this Buick was definitely at the starting gate when Doug bought it—but it had never fired up. 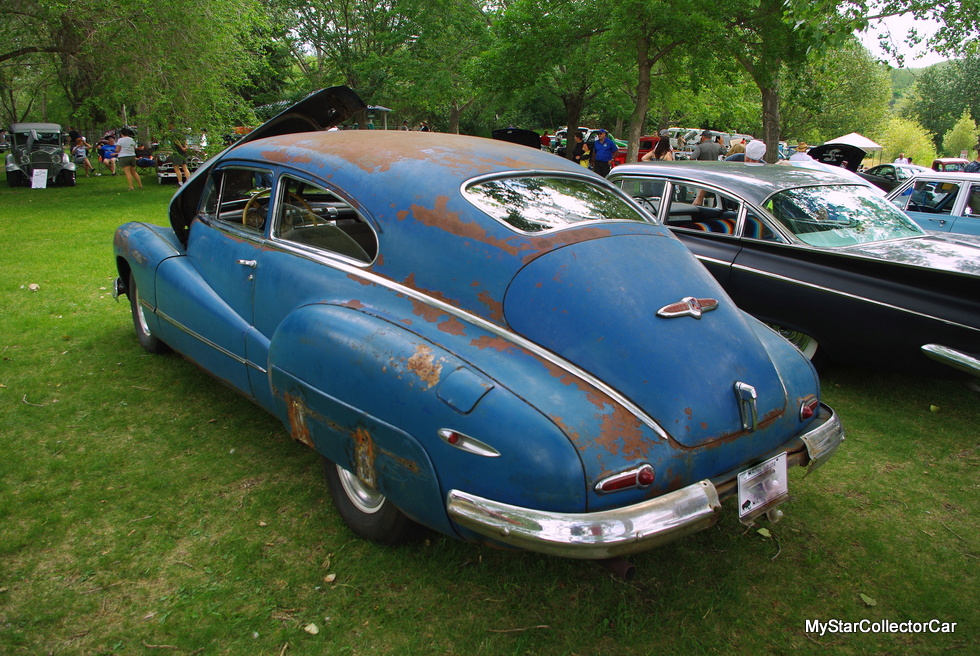 The car hadn’t run in 25 years so when Doug picked it up he said he “added some fresh gas, got it running and it was literally the maiden voyage”. He took it around the block and then loaded it for the trip home but there’s been a fair amount of tweaking since the Bedfords took it over. 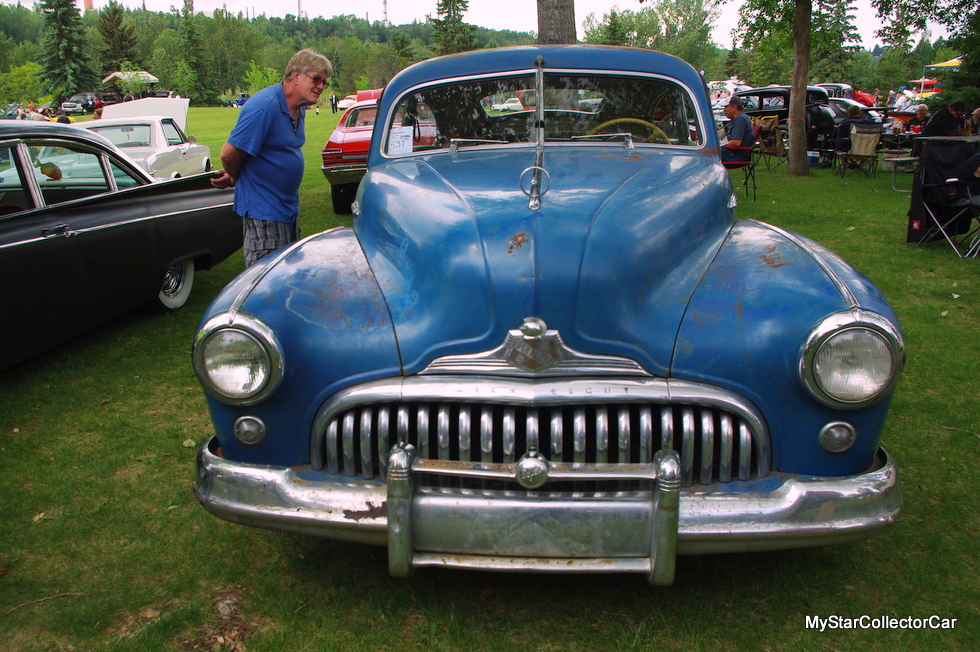 The car has a manually-controlled radio antenna and there are conveniently located map lights, courtesy lights and cigarette lighters throughout the interior. This was a banker’s car—stylish, comfortable and cutting edge by 1947 standards. 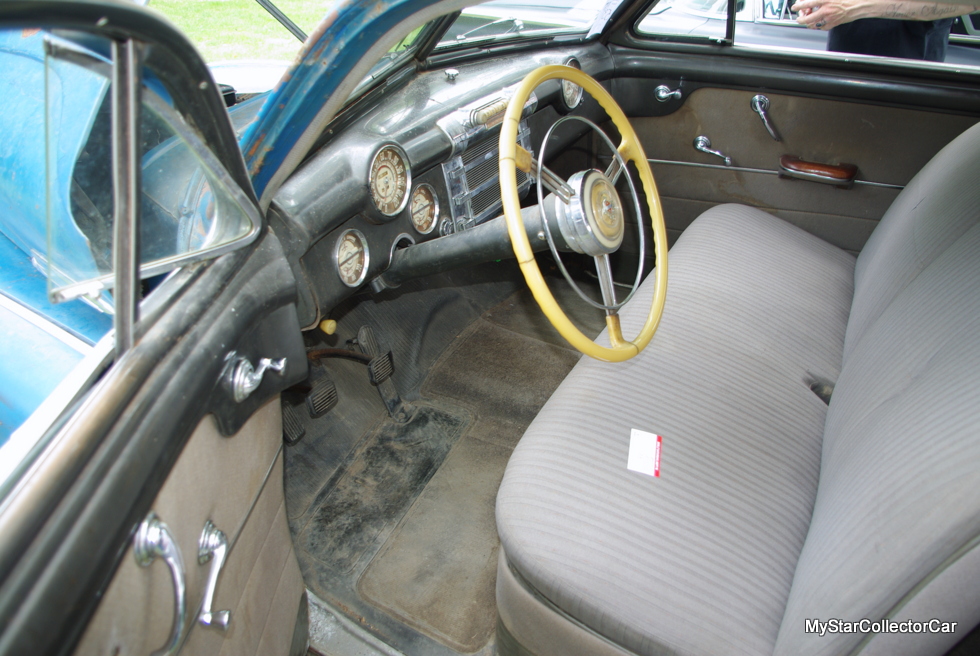 The Bedfords run the car at a comfortable 55-60 miles per hour on the highway and the straight-8 thrives at those speeds. It “drives nice and it’s pretty smooth on the road” so the post-war luxury car experience still come through in a big way. The only departure from stock form (at this point) are the 15”radial because this was a 16” bias ply car when it came from the Buick factory. 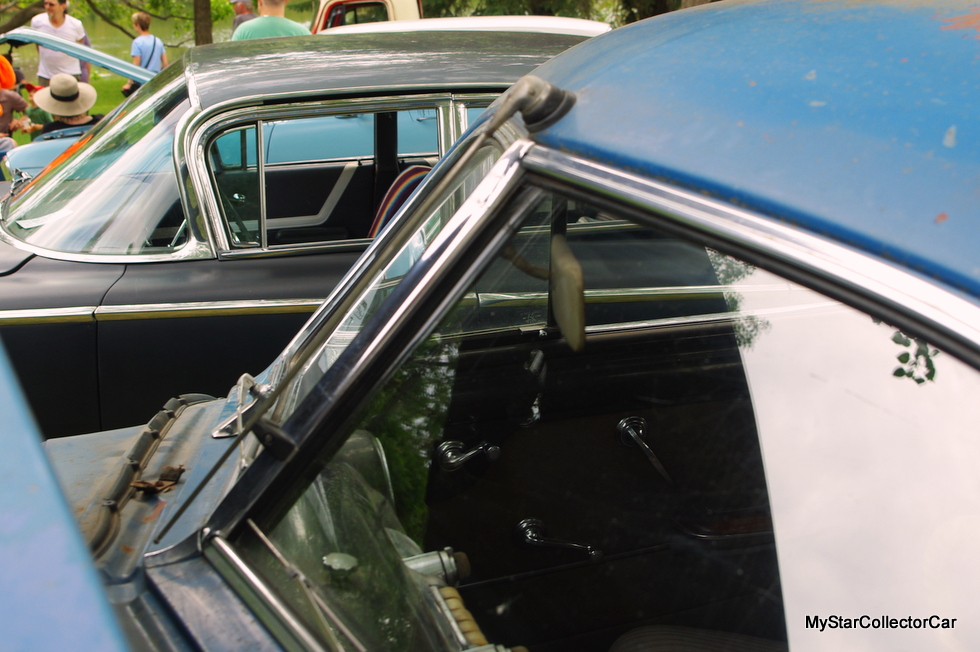 That’s all about to change because this Buick is headed in a new direction. Cam wants to yank the straight 8 and use it in a Model A project he has on the books. He wants to retain the Buick heritage so this car won’t get a typical 350 small block Chevy heart transplant. Instead it’s going to get either a 350 Buick or a nailhead Buick for a power plant under the large hood plus he’s definitely going for an automatic transmission . 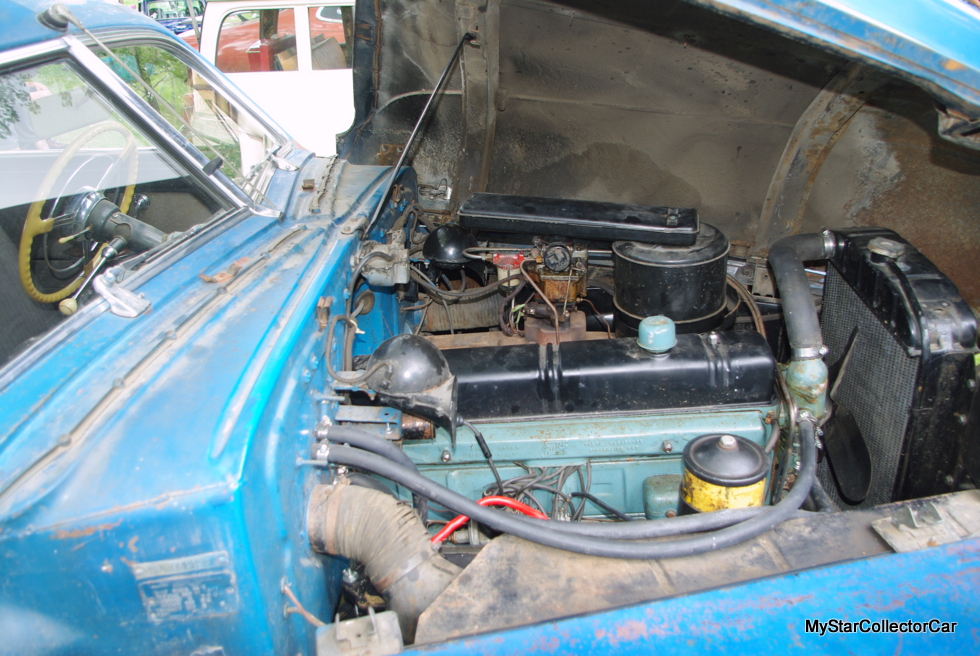 There are many other changes in store for this Buick. Cam wants to focus on the cosmetics first so he’s going to work on the body issues and customize the old classic. He wants to take off the side trim and leave the top trim in place for a cleaner look plus he wants to give the back fender a seamless look so it blends in with lines of the car. 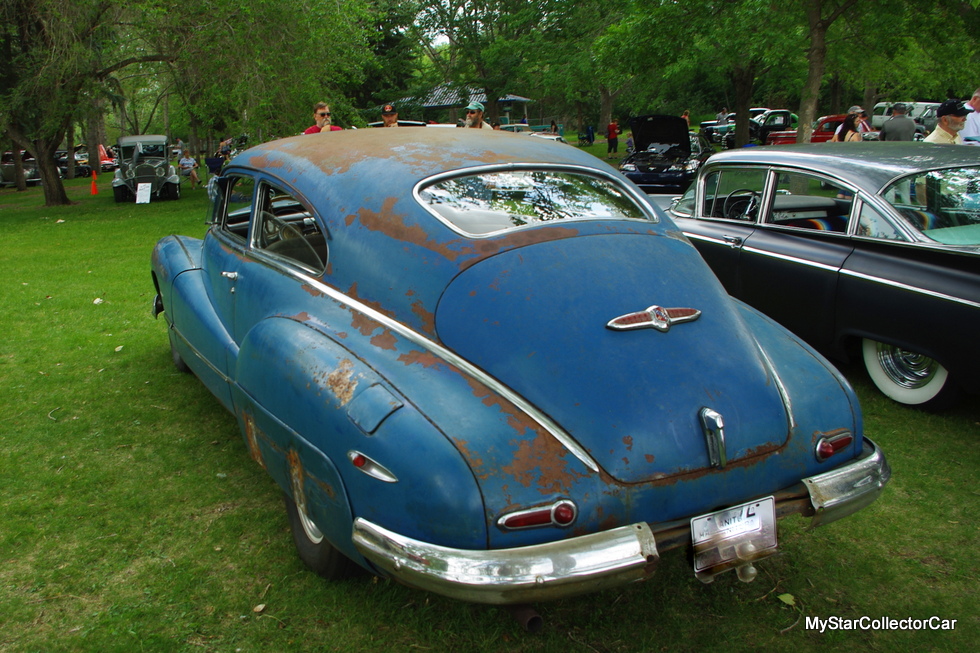 Cam likes the factory taillights but “not on this car” so he has a set of Cadillac lights that he wants to integrate into the Buick.  Cam wants a “tail dragger”—an homage to an early 50s custom look. 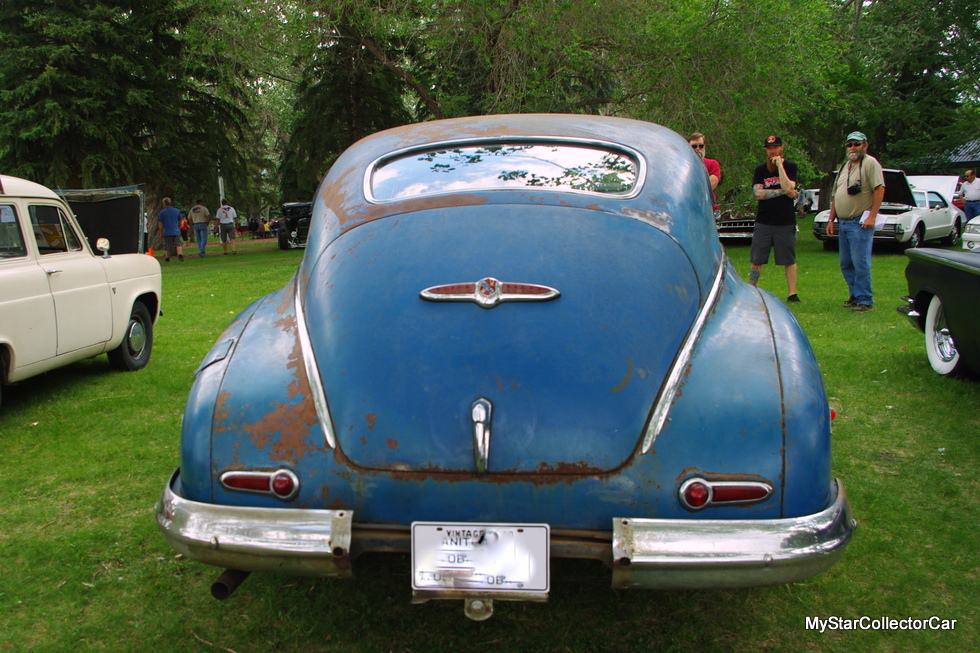 This transformation won’t take place overnight. Cam and his dad plan to drive the car all summer in stock form before the project move into phase two. They want to have a little fun at a few shows and then the car moves into the custom world. 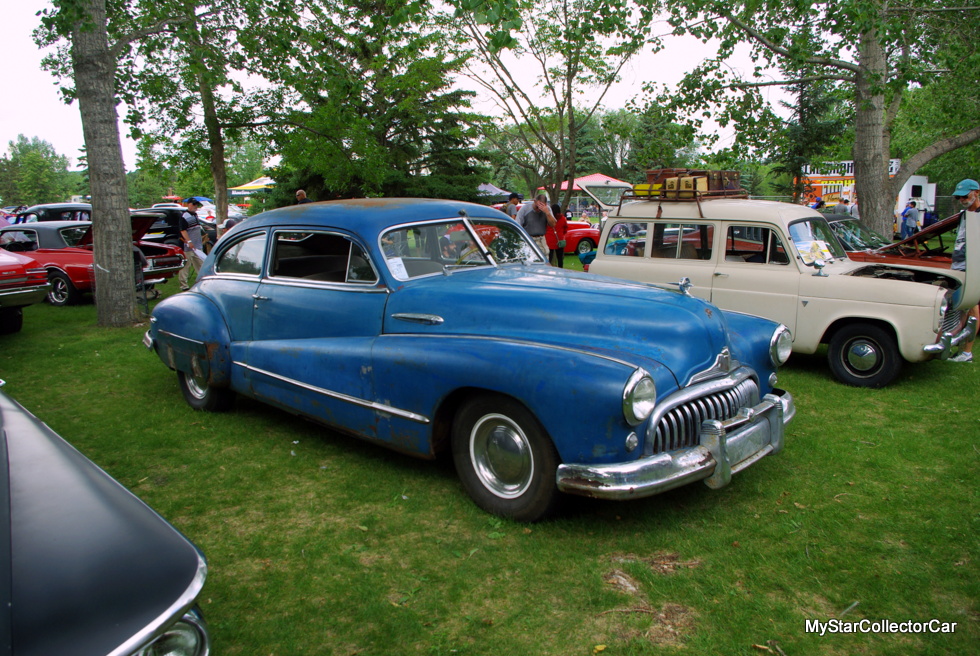 Cam isn’t sure about the deadline because he has another project ahead of it but he’d like to do it “sooner than later” because the end of the story has yet to be written.