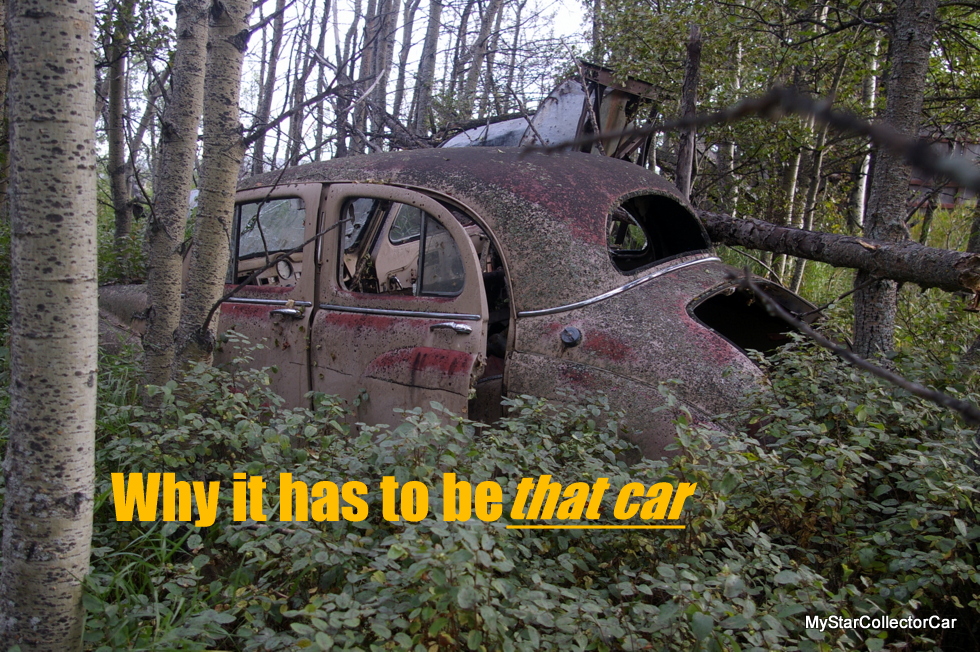 We have touched on the “first car” topic many times over the years here at MSCC.

‘One of the MSCC articles from three years ago was inspired by a Home Improvement episode in which the Toolman had an opportunity to buy back his first car.’

Tim was at a wrecker’s yard and spotted his first car, a Corvair, in the crusher’s line. He went home to convince Jill to allow him to purchase back the car before it got crushed at the yard. 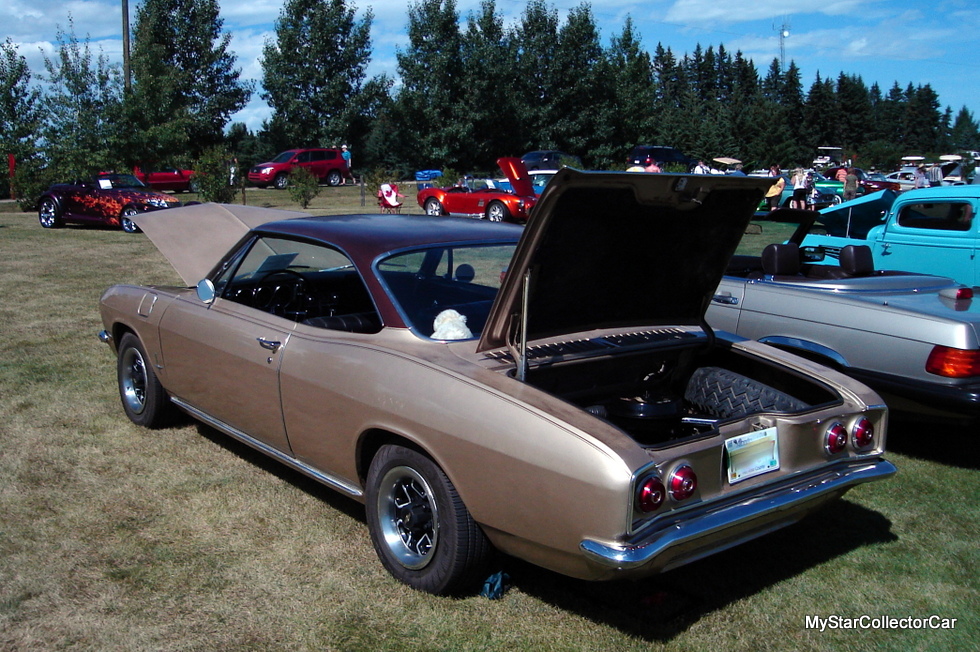 The beauty of this episode was its accuracy when it comes to the war between wives and old cars. Many women do not share a love for the automobile with their car guy spouses.

They do not understand the emotional connections between a car guy and his first car. The Home Improvement episode was clever because the cerebral neighbor Wilson connected the dots for Jill when he described his relationship with his first car, a Morris Minor. 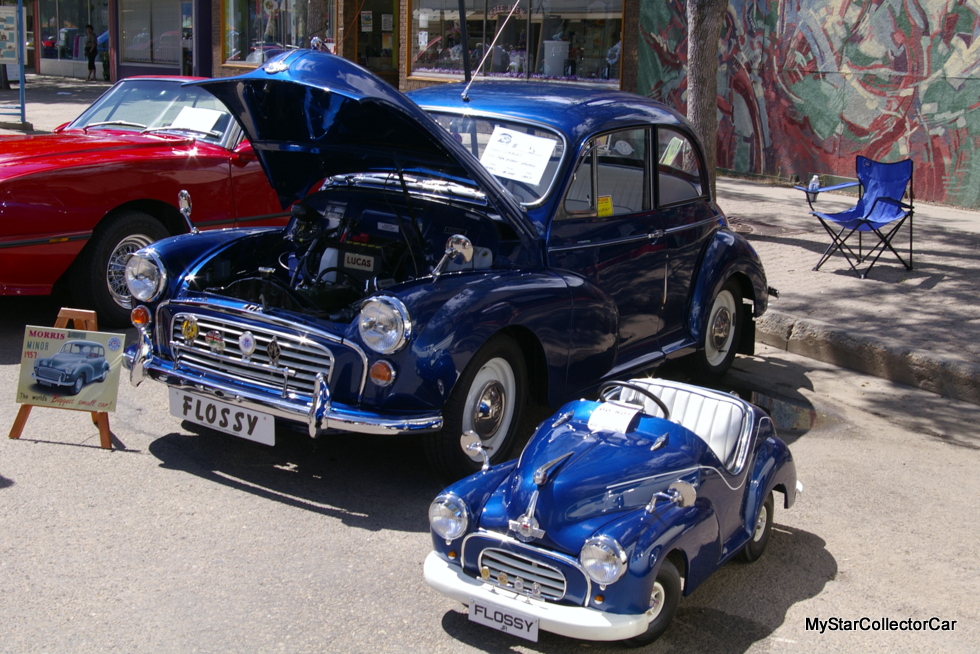 Jill’s conversation with Wilson made her change her mind about the Corvair. She told Tim he could buy the car and store it at Wilson’s. 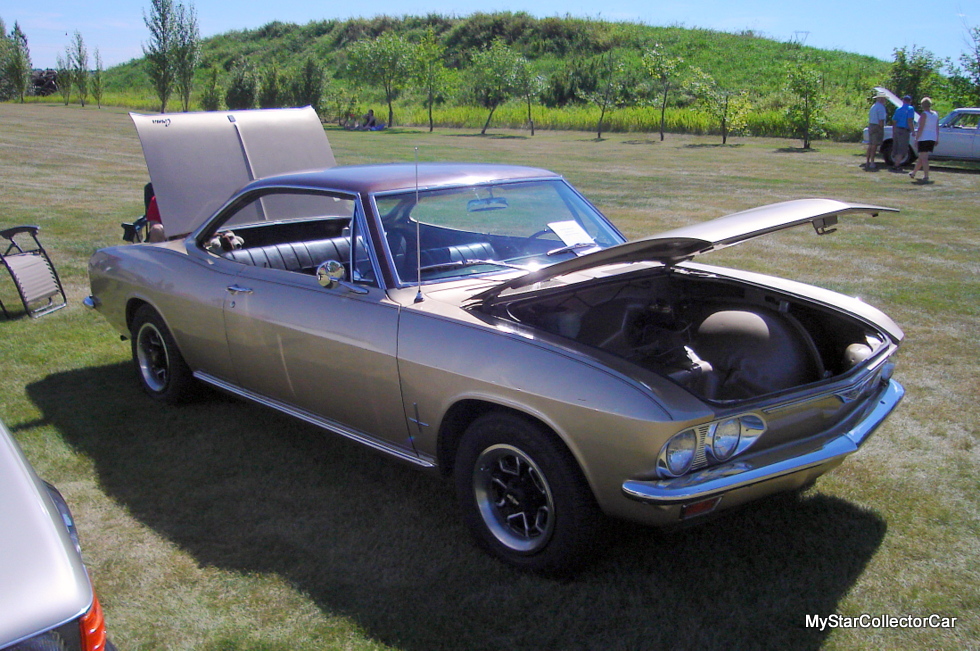 Unfortunately, Tim arrived at the wreckers just in time to see his car get crushed so he couldn’t save his Corvair. Fortunately the crushed Corvair was not a 1966 model so it could not have been Tim’s first car. But the difference was simply an editing error and not part of the plot line. 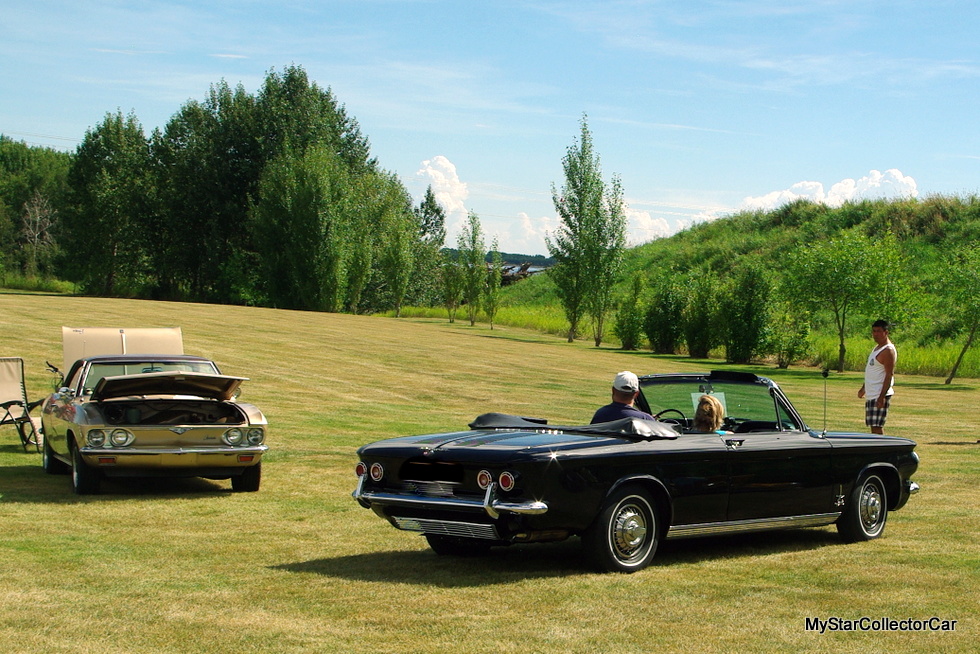 The inaccuracy of the Corvair’s build year was corrected when Jill sold her Healey and bought an actual 1966 Corvair for Tim. But the most important part of the script was Tim’s reaction because he had no interest in the replacement ’66 Corvair. 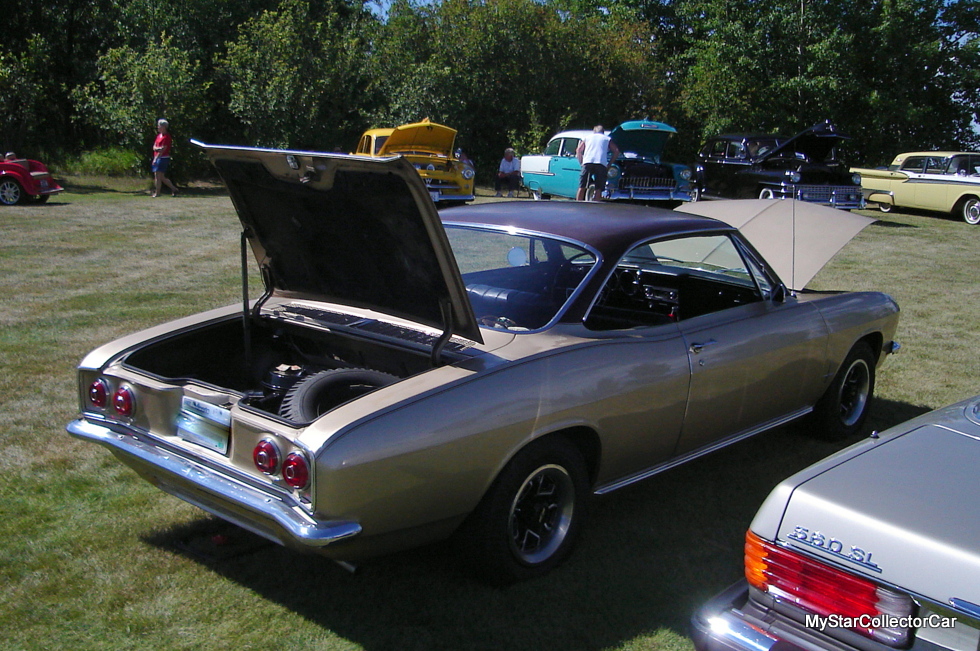 The replacement car was not a part of Tim’s youth so he had no connection with the car. In fact, he planned to return the car to its previous owner and reclaim Jill’s more expensive Healey. 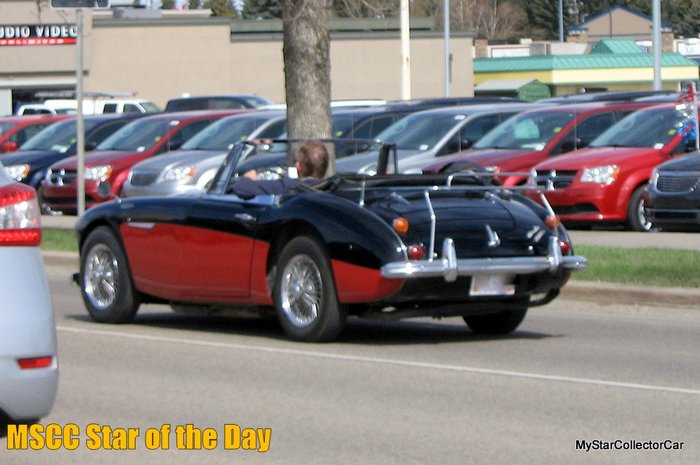 Car guys could relate very strongly to this episode of Home Improvement. An opportunity to get your first car back after many years is a Holy Grail moment for every car guy. 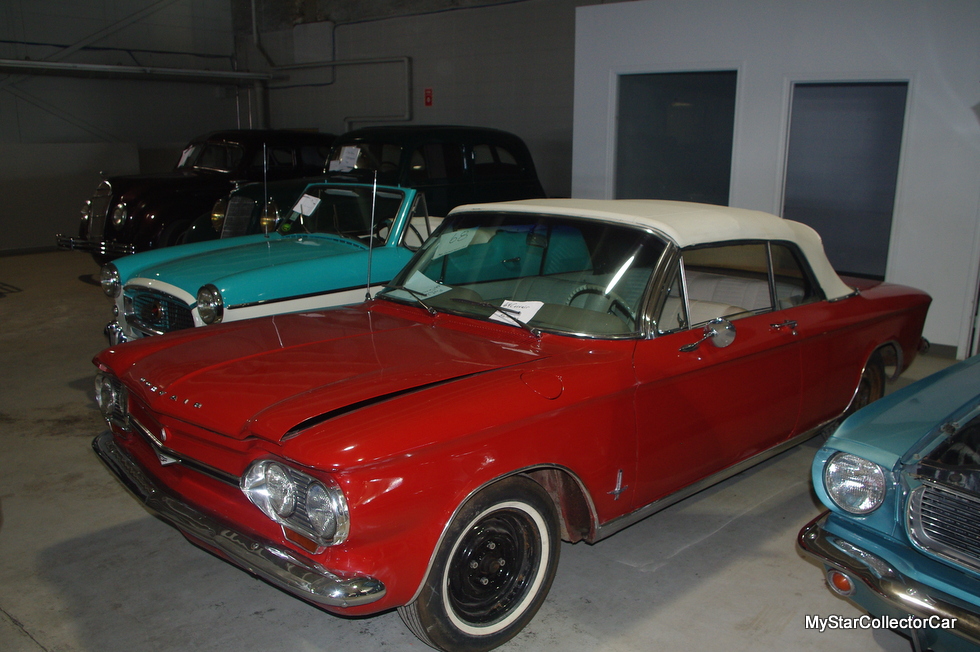 Most of us had little choice in what we drove when it came to our first car. We took what we could afford and were thrilled with an opportunity to flex our wings with the freedom of a car.

A car was the first major step toward adulthood for most of us from a past generation. A first car meant responsibility for insurance, plates, gas and repairs, but it also meant freedom to go anywhere that car could take us.

My first car was a 1954 Austin Somerset that was a little slow and had a few mechanical issues. It was my first real experience with repairs and I got plenty of training on that little British bucket of bolts. 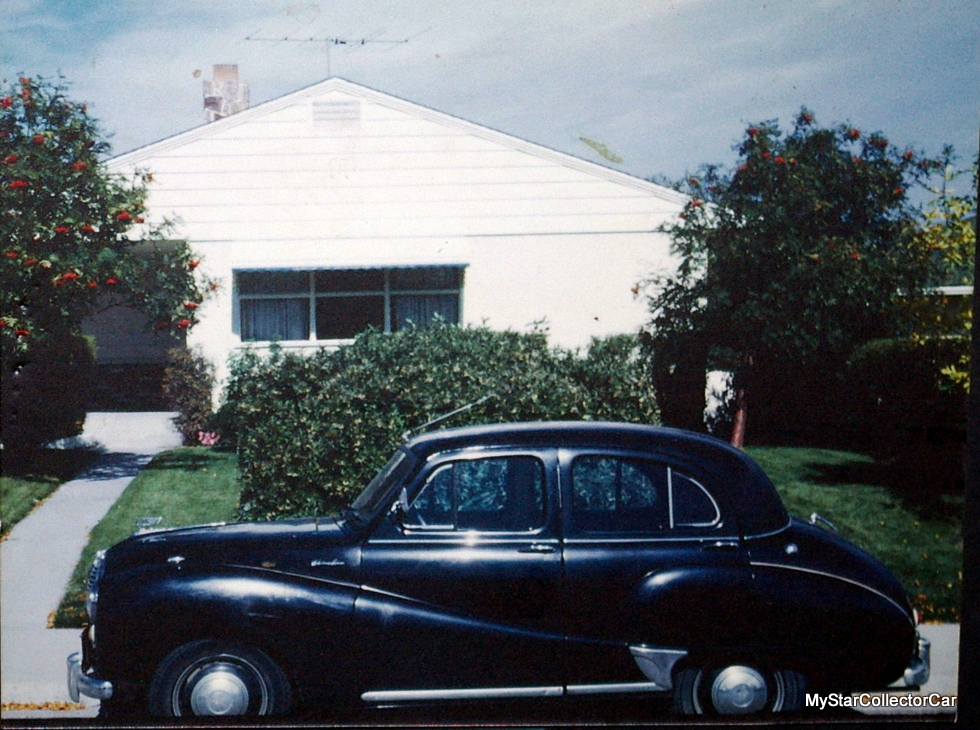 It had little heat in the winter and drove like a tank with loose tracks on the road. Eventually I blew up the engine when I attempted to push-start a car on a highway in the dead of winter. The engine let loose when I hit 70 mph and the unmistakable death rattle of a bent piston rod emanated from under the Austin’s hood.

The miniscule amount of good news during that last ride was the car I push-started did indeed fire up. The bad news was my first car had suffered a fatal heart attack.

The obvious question arises: Would I buy back my first car even though it was a terrible car and caused me nothing but grief? 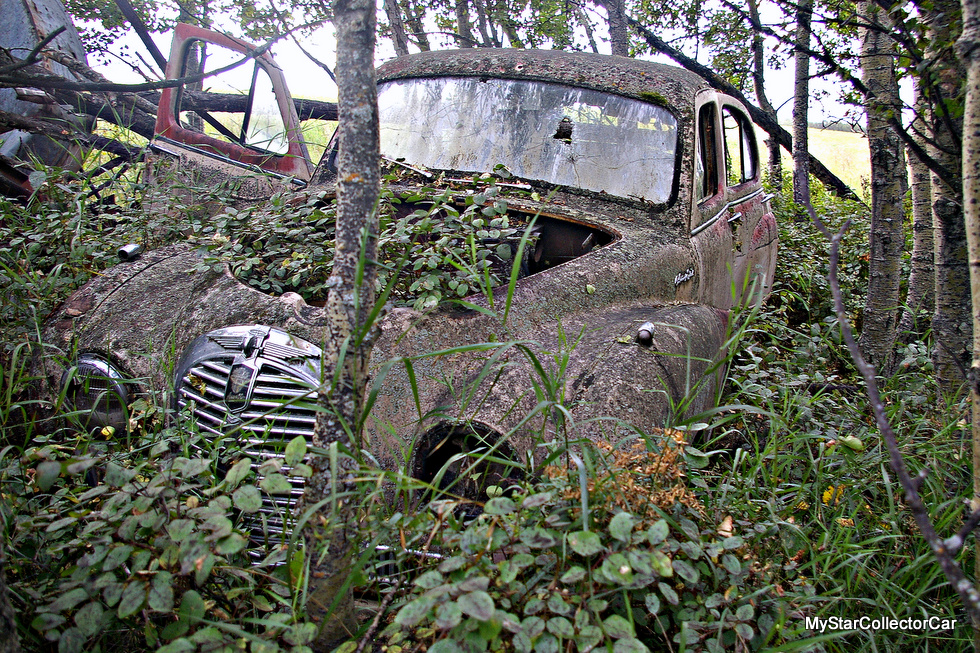 The answer?  In a New York minute. The Toolman was right-you never forget the first one.

***Please re-post if you dig this article

MAY 2021: 1956 DODGE CRUSADER–THE CITY OF CAMROSE CELEBRATES THEIR HISTORY...