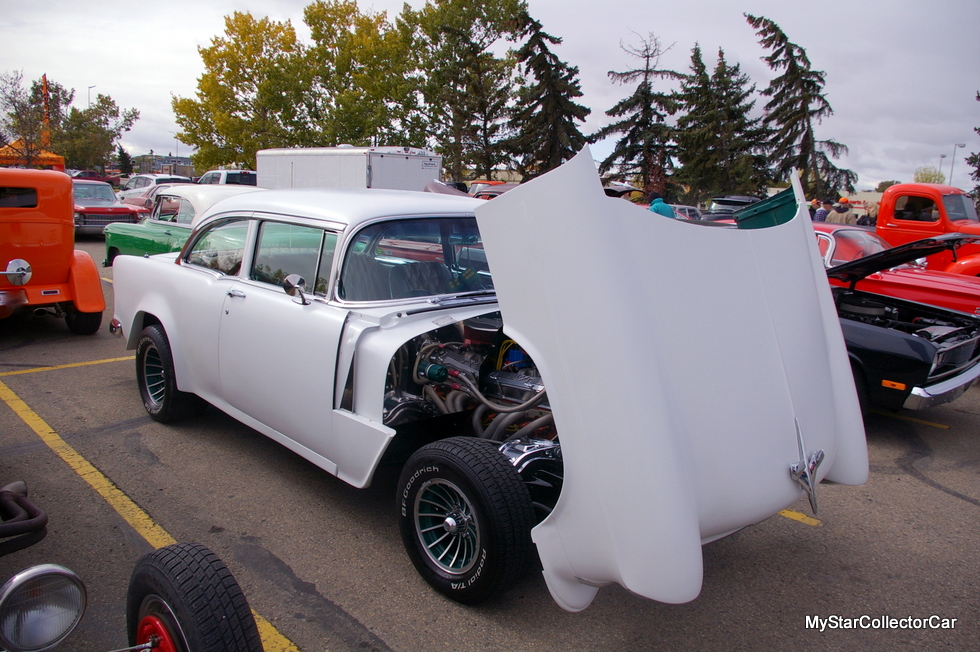 He never mentioned whether he was influenced by the famous ’55 Chevy featured in two famous early 1970s movies (Two Lane Blacktop and American Graffiti) when he purchased his car, but maybe it was a subtle push in a Tri-Five direction for Ray in 1974. 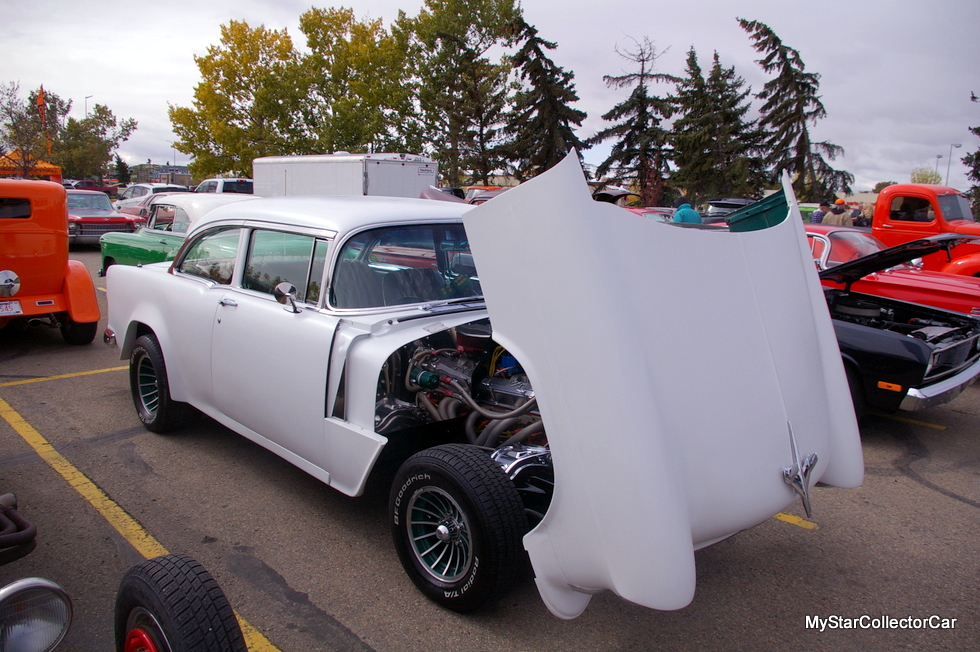 The ’55 had already undergone a transformation when Ray bought the Chevy 45 years ago. The most obvious change was a radius job on the rear quarter panels. Basically a radius job cut out the car’s wheel wells so the owner could put larger tires on the rear end. 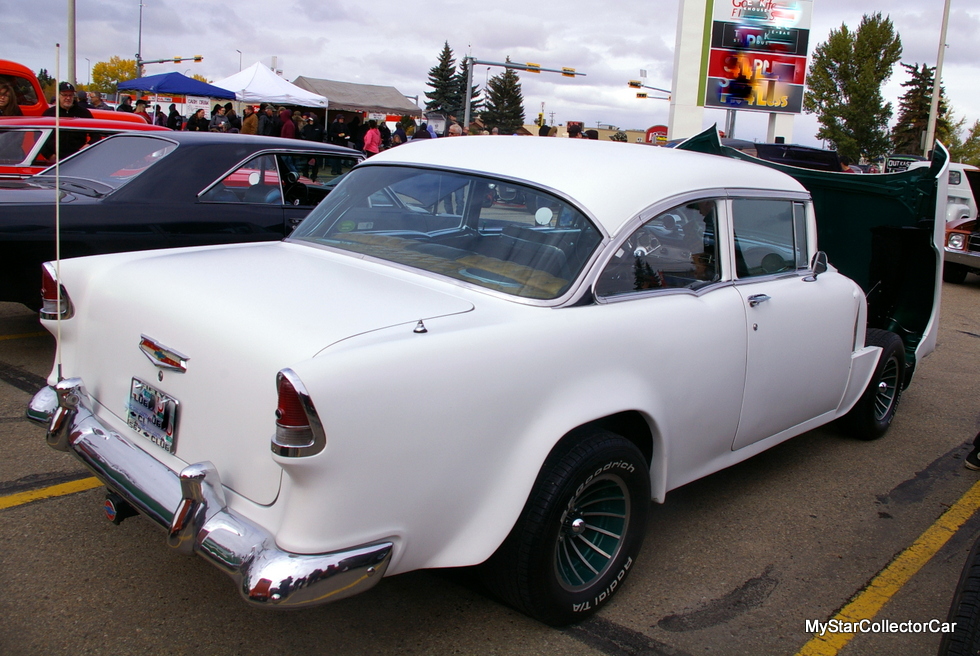 The cutout fad was still very popular in 1974 because car guys liked the look and simplicity of the metal surgery. However, Ray was not a big fan of the concept because he wanted his rear tires to be contained within the body of the car so he added rear wheel flairs to cover the wider tires.

Older car guys who chose to run wider tires on cars with rear quarter panel radius cutouts likely had an unhappy encounter with traffic enforcement officials armed with a tape measure, but Ray was not one of them. He just didn’t like the style.

His ’55 Chevy was not equipped with a power train when Ray became its owner in 1974 so he added a 350 small block into the mix. The car had undergone a few other cosmetic changes over the past 45 years, including an initial spray bomb primer paint job done by Ray in the mid-70s. 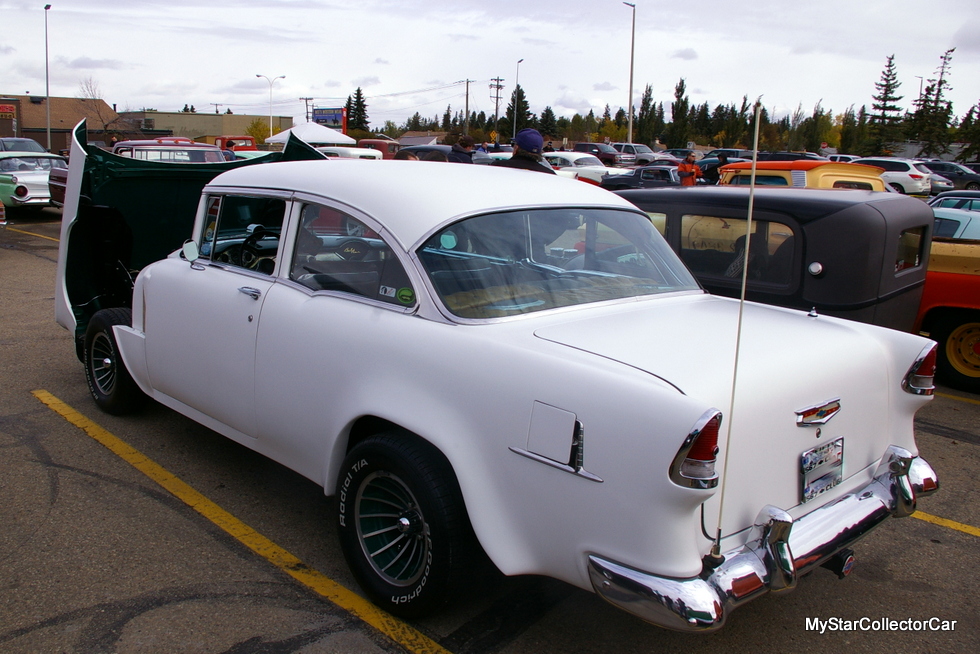 Eventually the ’55 Chevy was painted and then Ray returned the car to its primer roots on its exterior during the early 1980s. He found the newer primer to be more effective for his purposes because he wanted to put many miles behind the wheel of his ’55 Chevy-and not worry about the paint job. 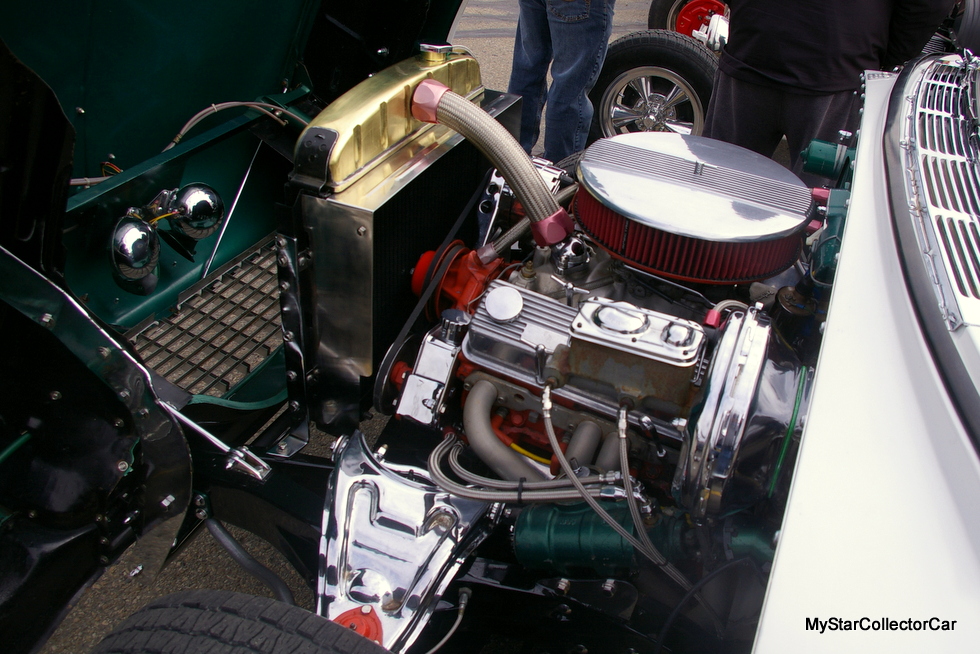 Ray has driven the car across Canada to Ontario in the east, along with Canada’s West Coast in British Columbia. He has also taken his 64-year-old Chevy to California in past road trips. For Ray, the primer paint job makes each trip more enjoyable because he is not concerned about the paint job on his car. 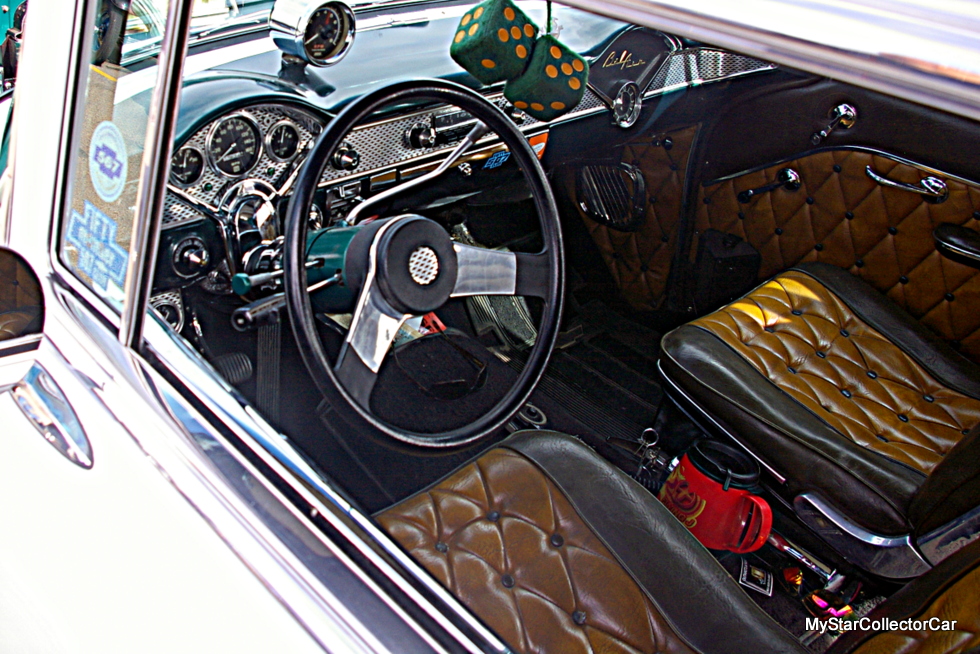 The car still retains its period-correct custom interior that showcases the era when Ray purchased it. However, he has added a 305 Chevy small block with a livelier cam and a free-breathing exhaust system. The car is also able to stop in a hurry because Ray added a four-wheel disc brake system to the car. 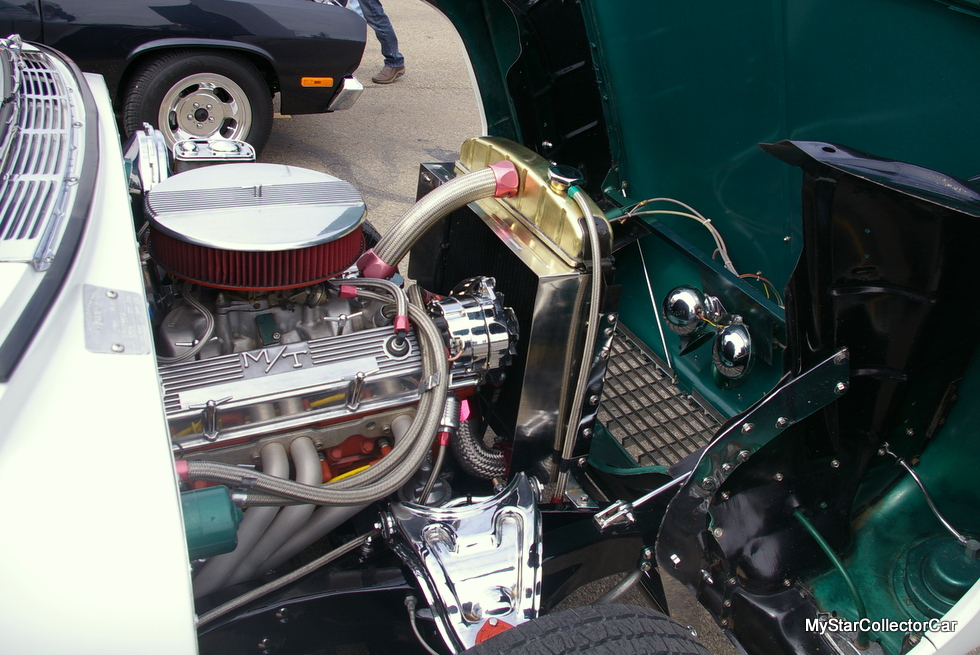 The one piece hood lifts with a hydraulic system and adds to the cool factor on Ray’s Chevy.

Ray also mentioned that his Chevy was damaged in a lift accident and required repairs after the incident. The accident slowed down his road adventures with the car and it spent about 10 years off the road until his two daughters wanted to use it as a wedding car for their ceremonies. 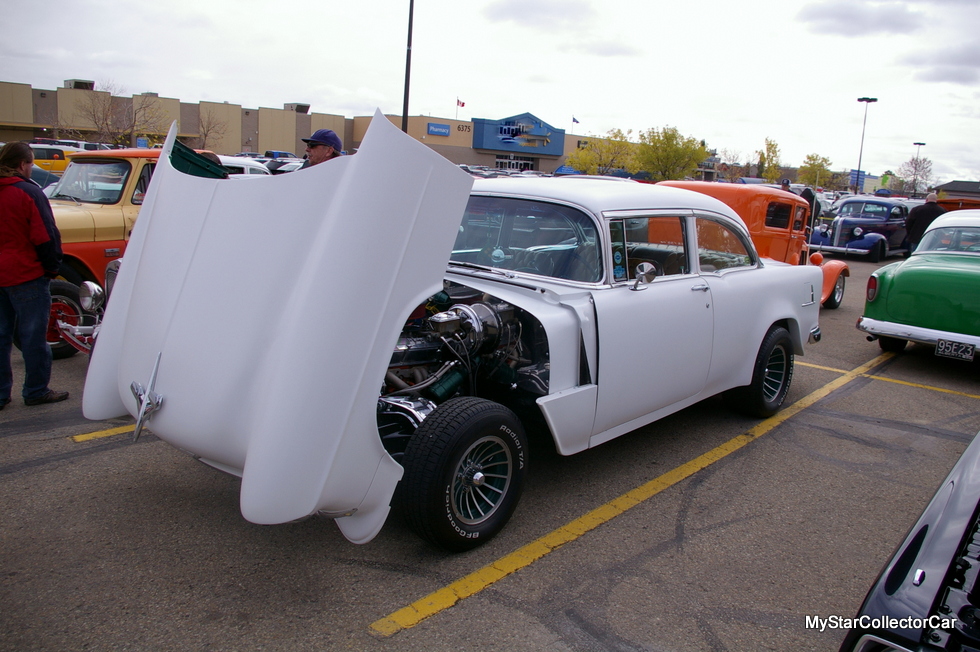 The result was the perfect car for his daughters’ two weddings and more time on the road for Ray and his ’55 Chevy.

Talk about a happy ending for this car story.