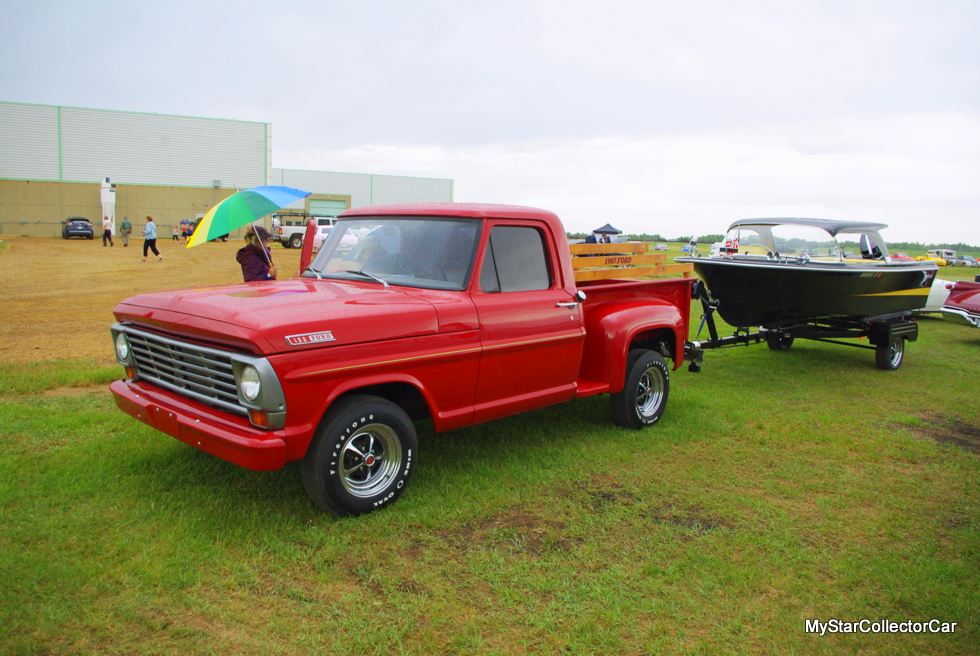 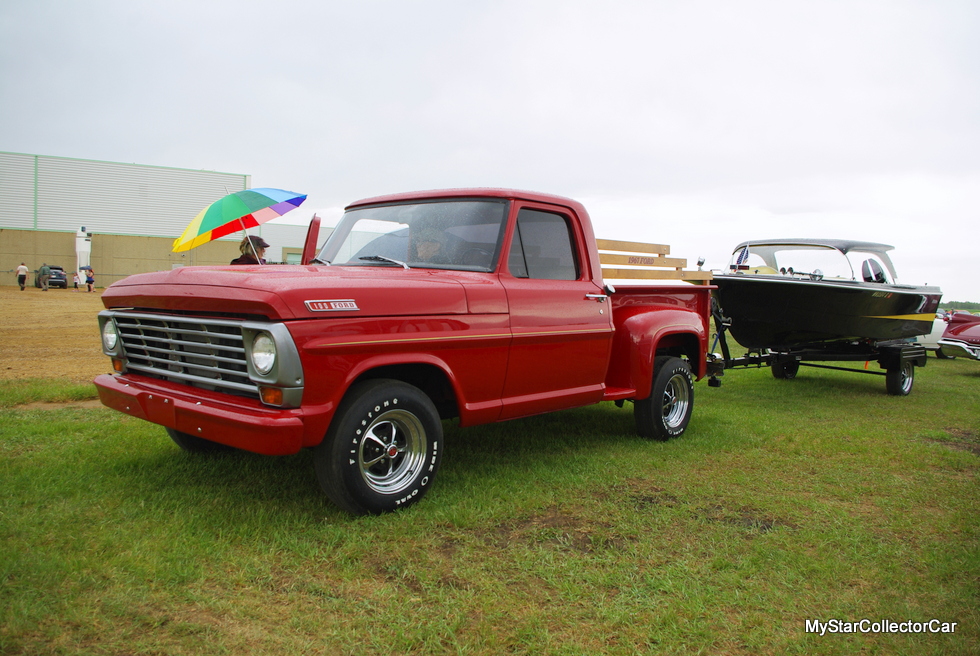 Pickup trucks are on an upward climb in the hobby and the prices reflect it but the key takeaway is there are some incredible old trucks on the road in 2018.

The best part about an old truck is that they were built to work so even after 50 years they can still haul a load.

This 1967 Ford F-100 is a good example because it’s still hauling a period correct boat. 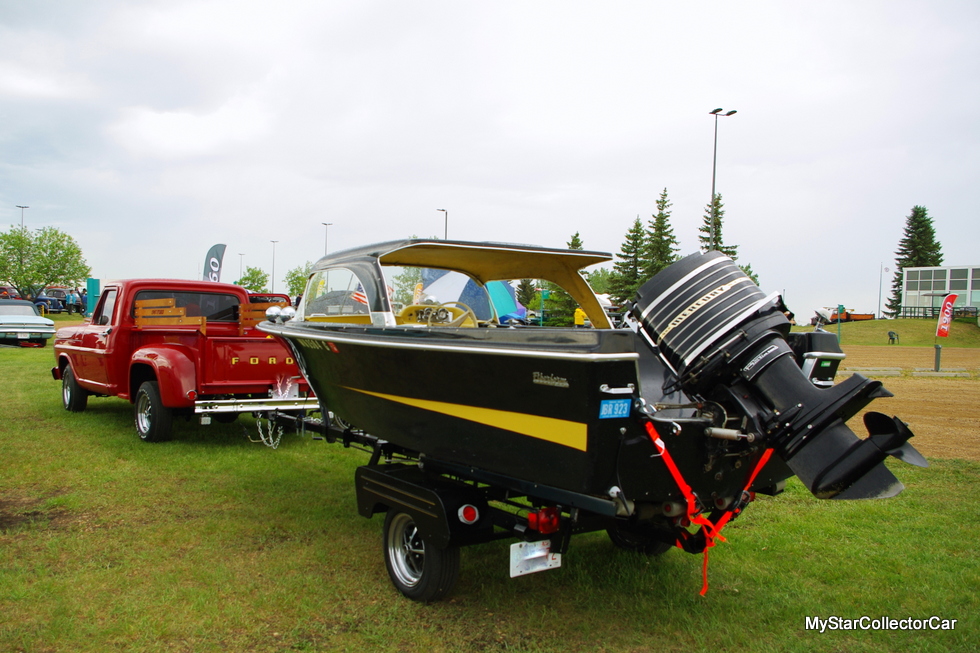 Mark Widney is the proud owner of this unique combination and he loves the attention it gets at car shows. Mark had a career in the oil patch so he spent a lot of time behind the wheel of a truck and this ’67 Ford was a great fit for his retirement. 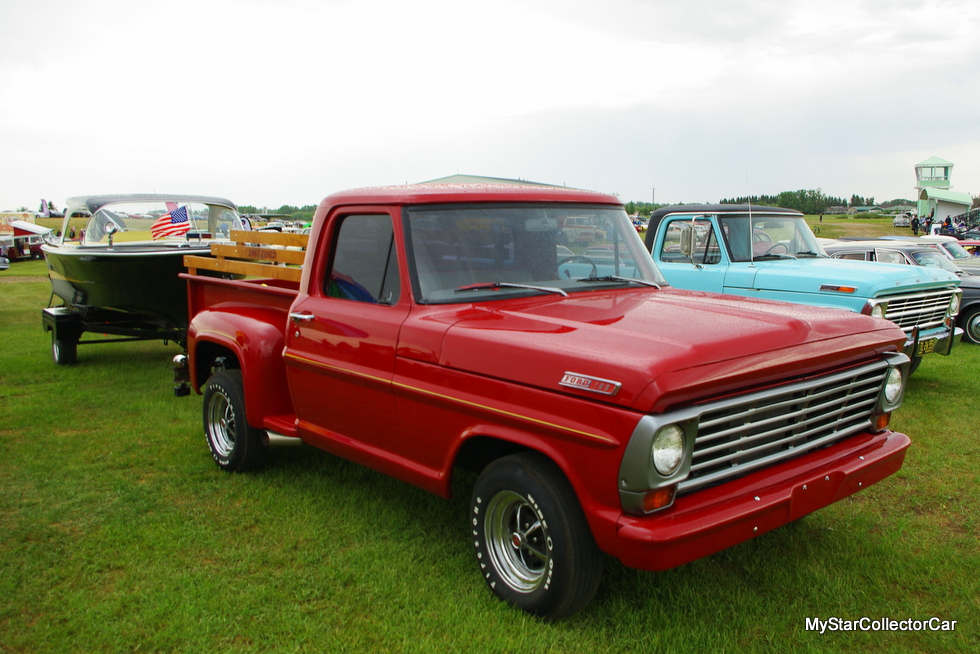 Mark had “lots of time to think about a truck” and he eventually found the truck at an auction and the thing that sold Mark on this truck was its Arizona heritage and its paint because it’s still in great shape. This Ford was a pristine, rust-free survivor so Mark had a lot to work with when he got it home. The truck easily passed an out of country inspection. 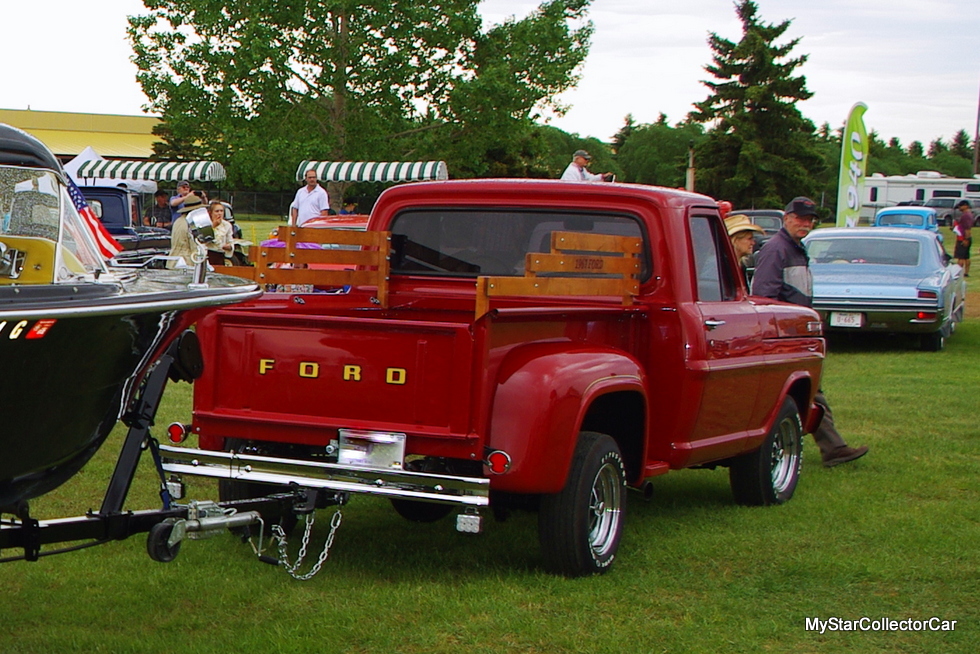 The F-100 isn’t a high-end pickup because it’s a short box Stepside with a very basic six-cylinder one-barrel carburetor engine. Mark wasn’t happy with the carb setup so he installed an aftermarket  EFI system and retrofitted the gas tank for the return line.

The result is spectacular because the truck has a lot more power and the gas mileage is significantly better. The best part about this ’67 Ford is found in its simplicity because this truck has very basic technology—with the exception of the EFI upgrade. 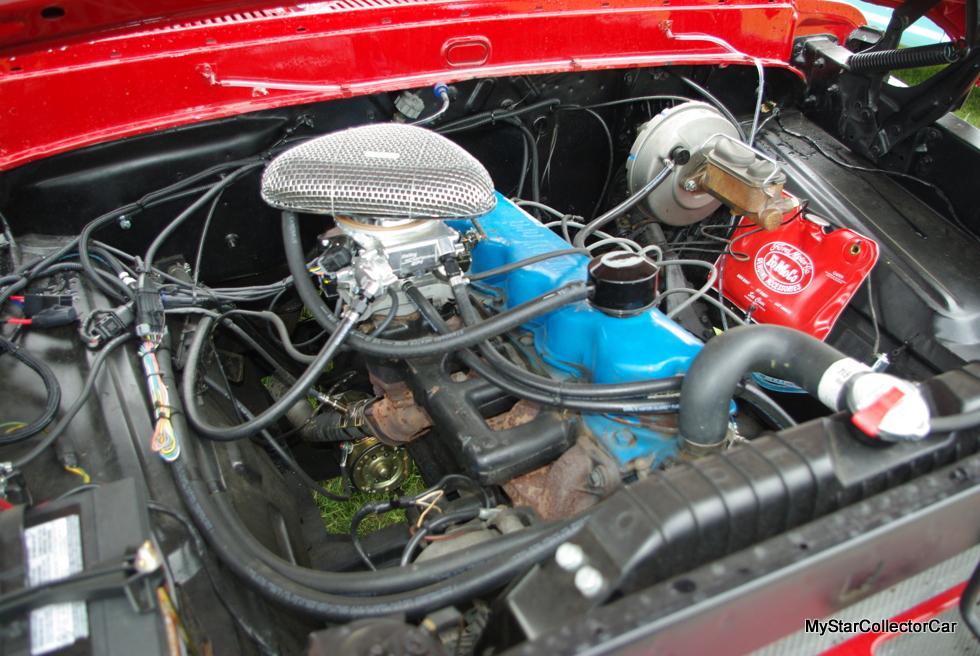 The truck has manual steering so there a fair amount of effort until it gets rolling but after that it has fairly civilized road manners even though it’s a “little loose on the highway”. A 50-year-old Ford truck has significantly different handling is the comparison is a brand new Ford truck but it keeps up with traffic at a modest 2800 rpm. The speedometer is out by approximately 5-6 miles per hour because of the larger wheels. 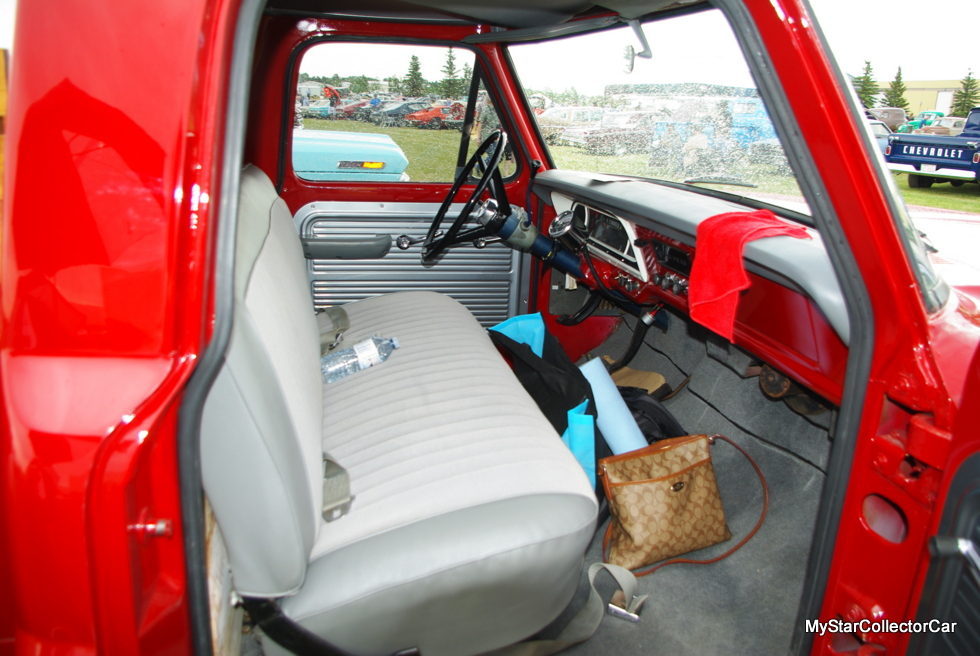 The Ford still has a job because there’s a 1962 Fiberform boat behind it. This is a rare boat because there were only three at the 1962 Spokane Boat Show with the same combination of engine (100-horse Mercury) and options.  The bottom end of the Merc was examined and now it’s back to running condition but the boat hasn’t been in the water for twenty years so it’s really more of a static display item than a bonafide ski boat. 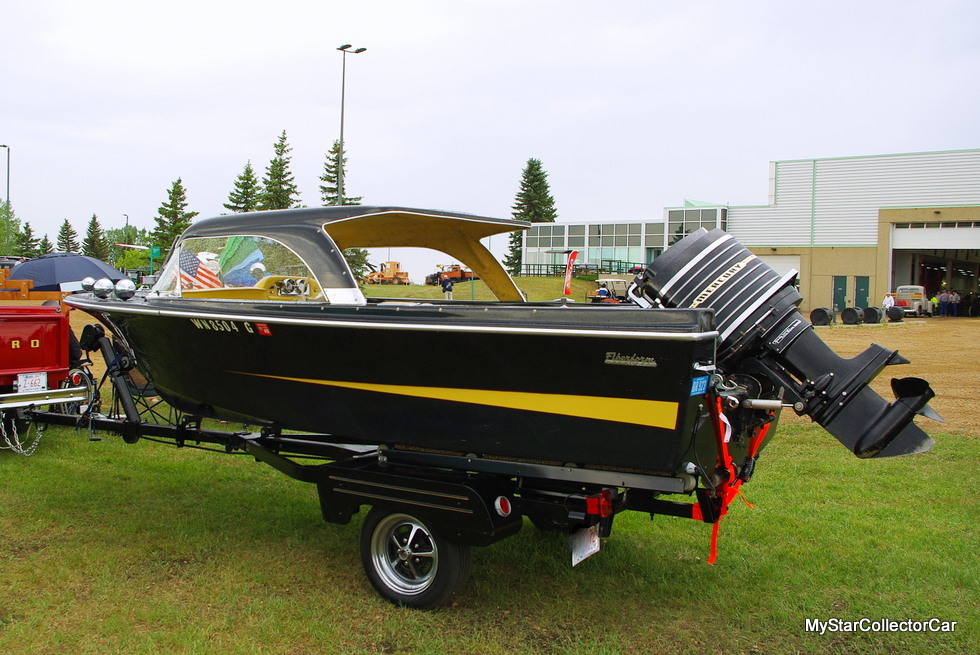 The trailer is period correct and pinstriped to match the Ford plus the wheels are designed to look like the Magnum 500s you’d find on a 60s Ford. The gauges are something that definitely reflect early 60s automotive—not 2018 boat design.

Mark is set with this ’67 Ford because it’s “definitely a keeper” so he expects he’ll enjoy it for many years to come because he has the perfect recreational combination.