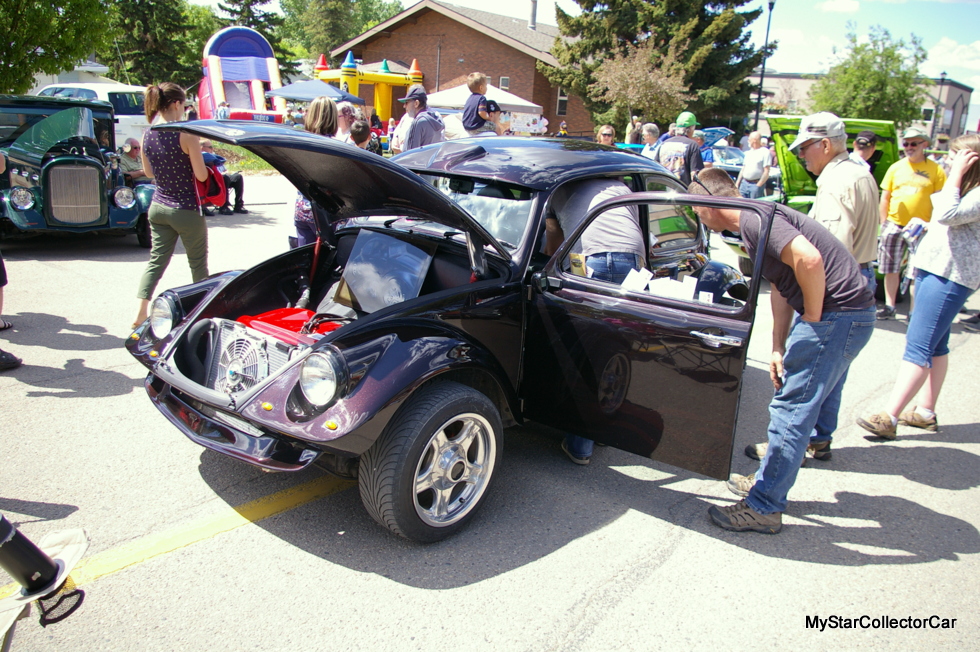 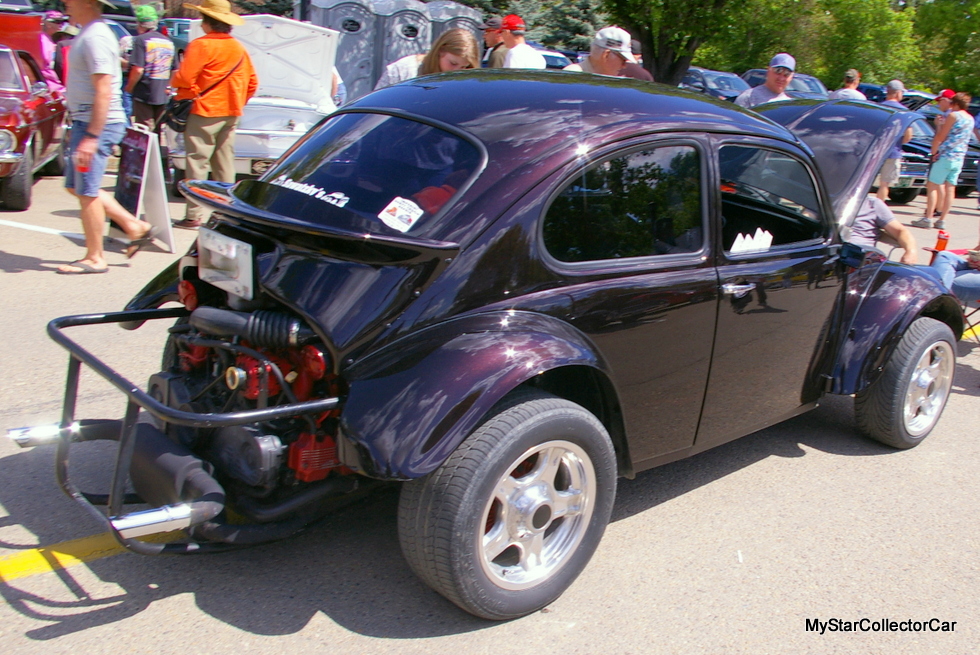 Mark Sawatzky was 15 and not even old enough to drive when he bought his Volkswagen Beetle.

The ’68 Bug was his first car and Mark was thrilled to be its owner then, now, and forever. 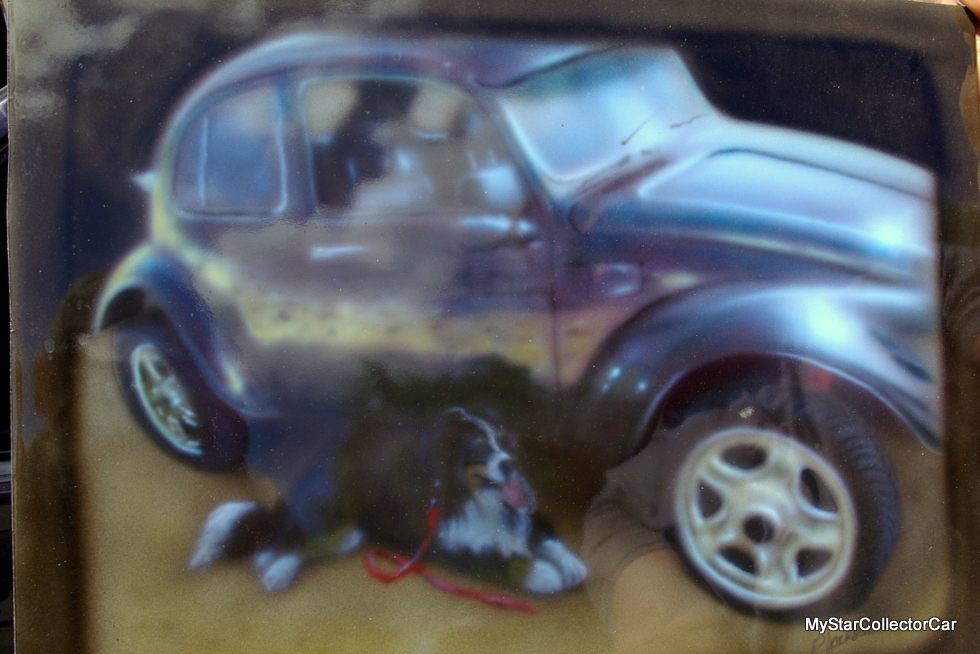 Mark has enjoyed plenty of life adventures since the day he became the new owner of the VW when he was a 15- year-old. His VW continues to be a big part of his life, although the owner and his car have undergone changes over the years, including Mark’s estimate of four different custom body styles applied to his Beetle. 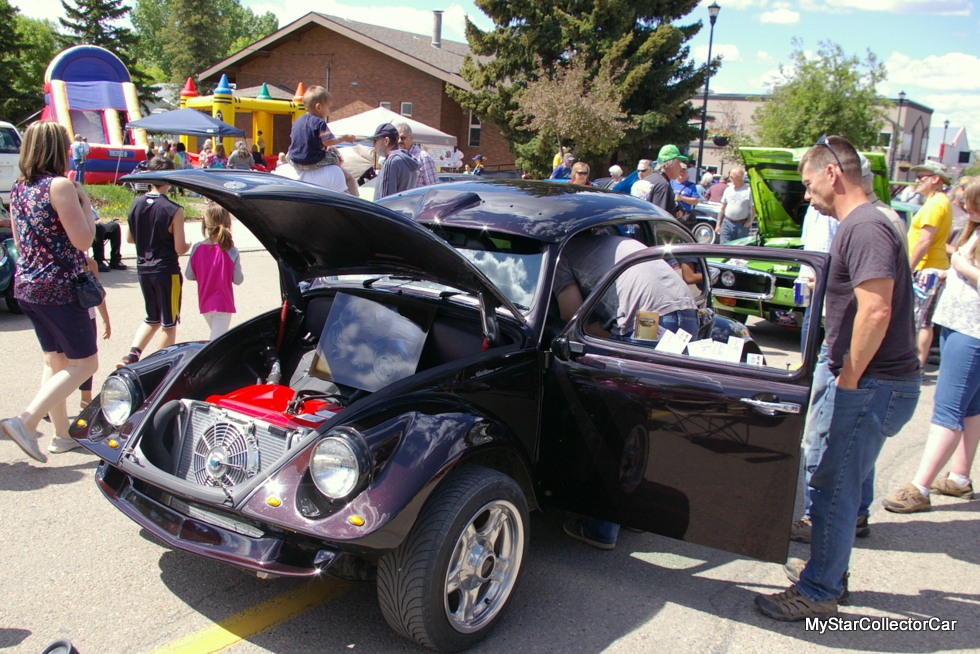 The current edition of his VW is definitely ready for the road and Mark has been able to enjoy plenty of time behind the wheel with his first car. The car has undergone a major transformation since Mark was a young teenaged owner because he was able to apply his sizable skills as a licensed mechanic to his VW over the years. 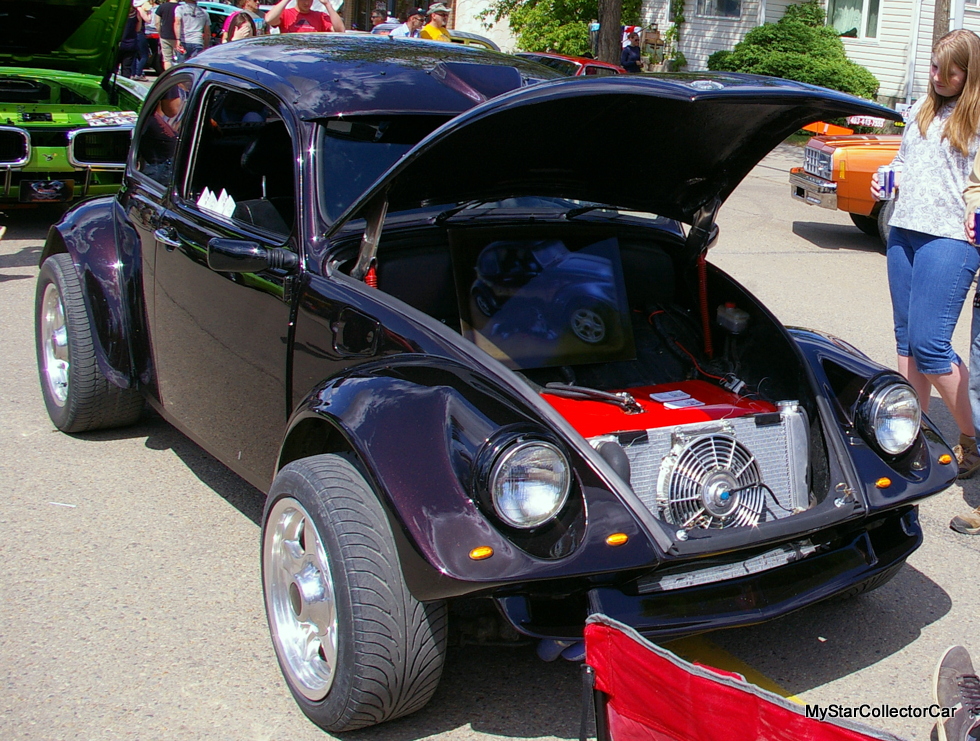 The VW was a stock version when Mark initially became its owner and he was able to enjoy the first car experience for a while until he assembled the skill set to make some changes to the Beetle.

For example, the car now sports an early 90s Subaru Legacy engine and it’s bolted to the VW’s original four-speed manual transmission via an adaptor that Mark bought for the project. Mark told MyStarCollectorCar that engine upgrades to the original air-cooled VW engine are common enough to warrant aftermarket adaptor kits. 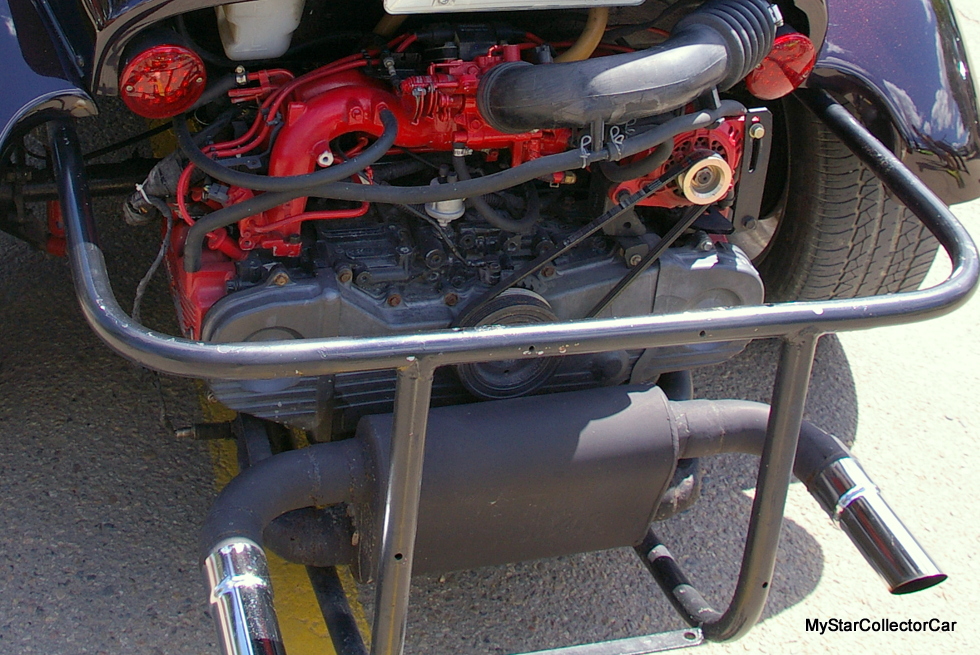 The Subaru engine was a challenge for Mark because it required plenty of work to make the Subaru wiring system forget about the automatic transmission that used to be attached to the donor engine. Mark was able to use his patience and logic to solve the Subaru’s electrical system compatibility issues with the simpler 50-year-old VW’s wiring/engineering system. 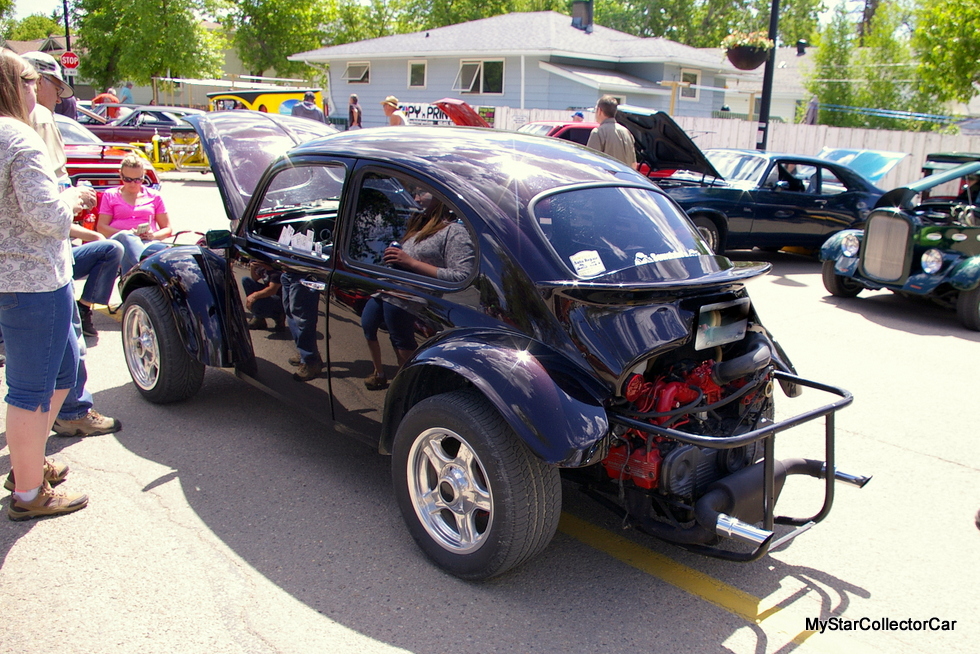 Mark said he had to “break down the Subaru’s electrical system into sections” to complete the challenge.

The water-cooled Subaru engine also presented a challenge for Mark and he decided to place the radiator at the front of the vehicle. The electric fan-equipped Corvette radiator was efficient and small enough to fit under the VW’s front hood (trunk). 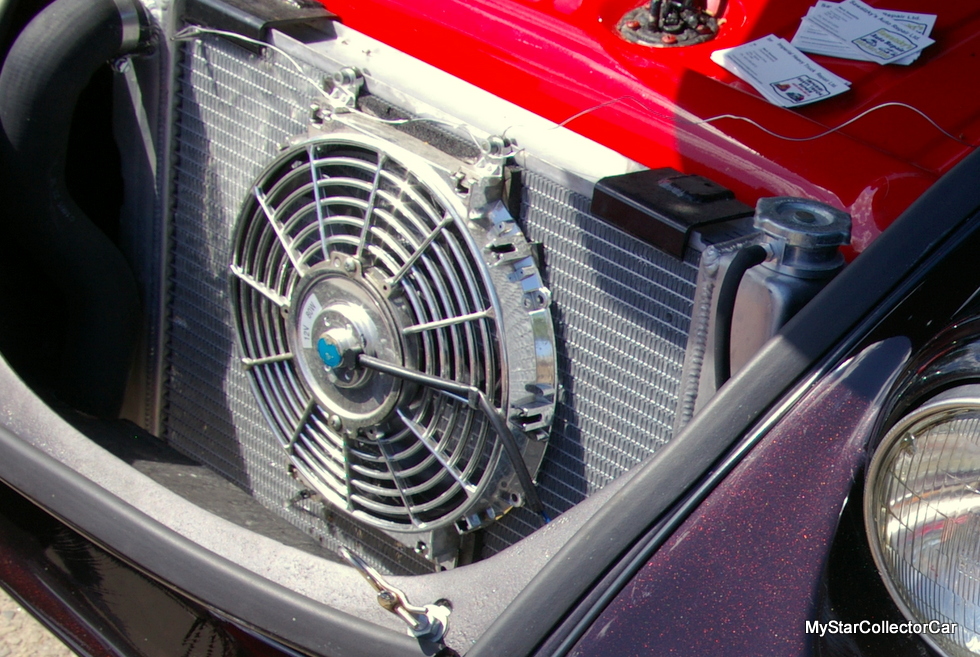 However, the radiator was not exactly a perfect fit and Mark positioned it in its current position through trial and error; a process that meant he tried a few different experiments before he found a location that kept the Subaru engine cool under fire. 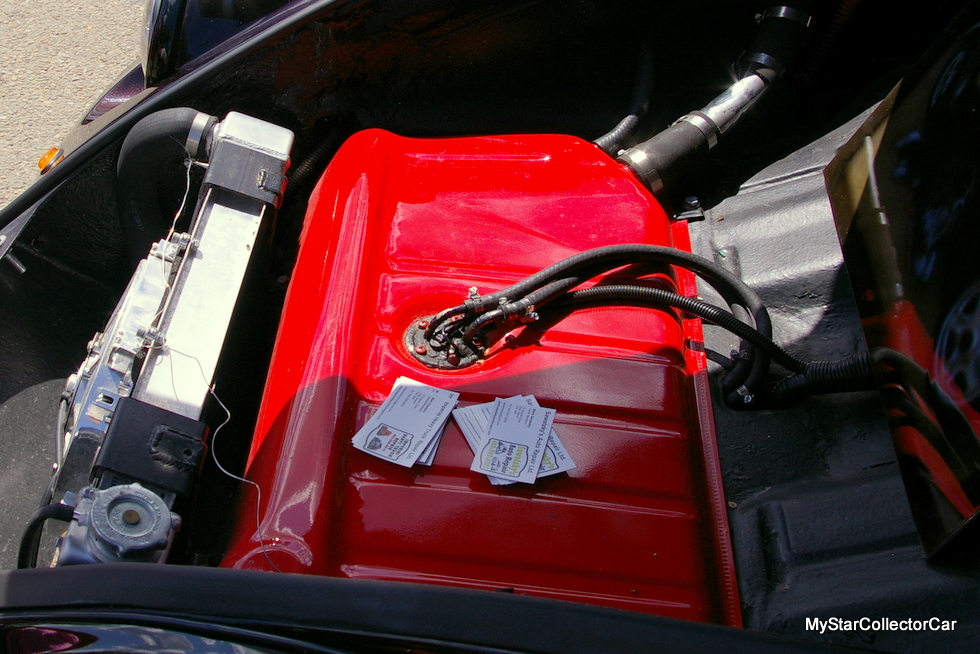 The final location required some cutting under the VW’s hood/trunk front area-but Mark made the Vette radiator look like it belongs in the VW Beetle.

The VW also has Hyundai Tiburon front seats in it, extra gauges mounted in a custom dash, and a monster sound system situated in the rear of the car’s cabin. The aftermarket steering wheel has its roots in the 1980s when smaller was cooler. 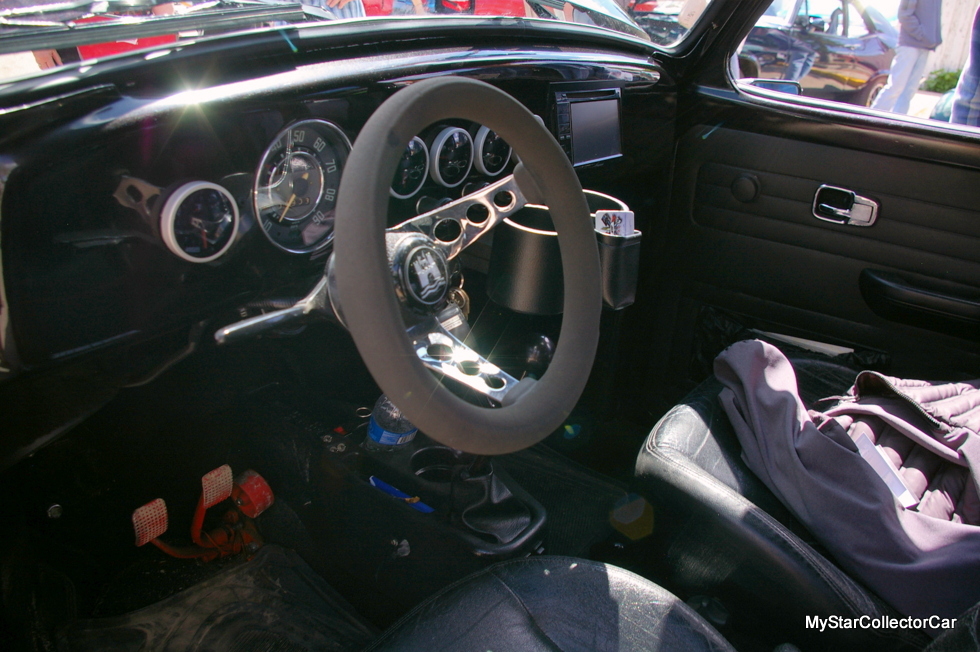 The custom front fenders on the VW are also retro custom and “are not even made anymore”, according to Mark.

The net result is a custom VW that will pass just about everything on the road and Mark calls a “fast go kart.” MyStar will leave the last words to Mark; “This one (project) is done and I get to enjoy it”.