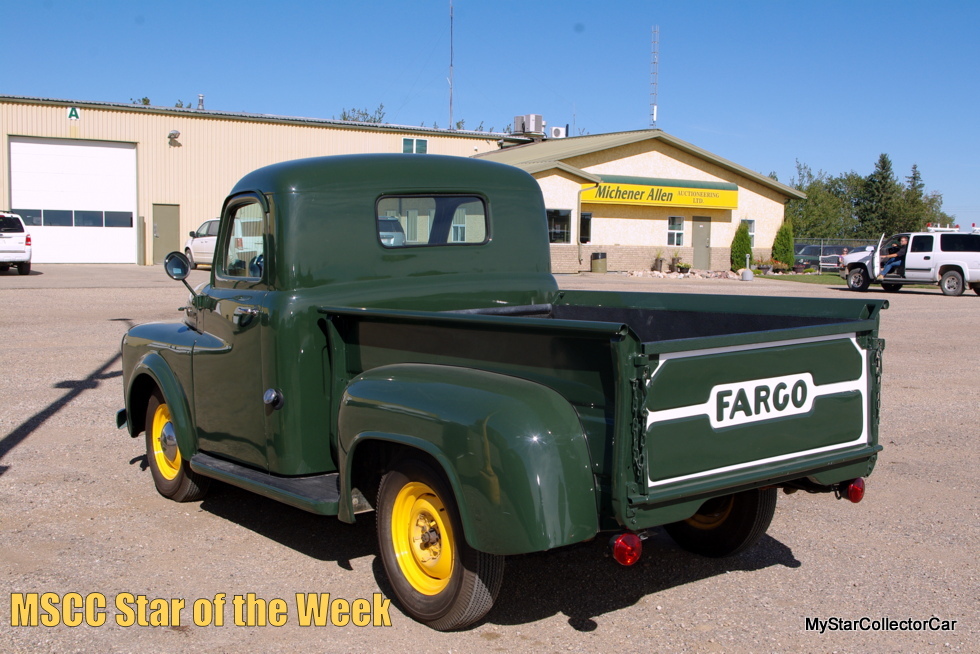 There is a border between Canada and the US that’s been defined since 1867.

The border is theoretical—except for all the border guards but there are other cultural differences that make Canadians and Americans just slightly different.

The auto industry represents one of those differences.

This MSCC Star of the Week (not found in the US market) ’53 Fargo is a Canadian working legend. 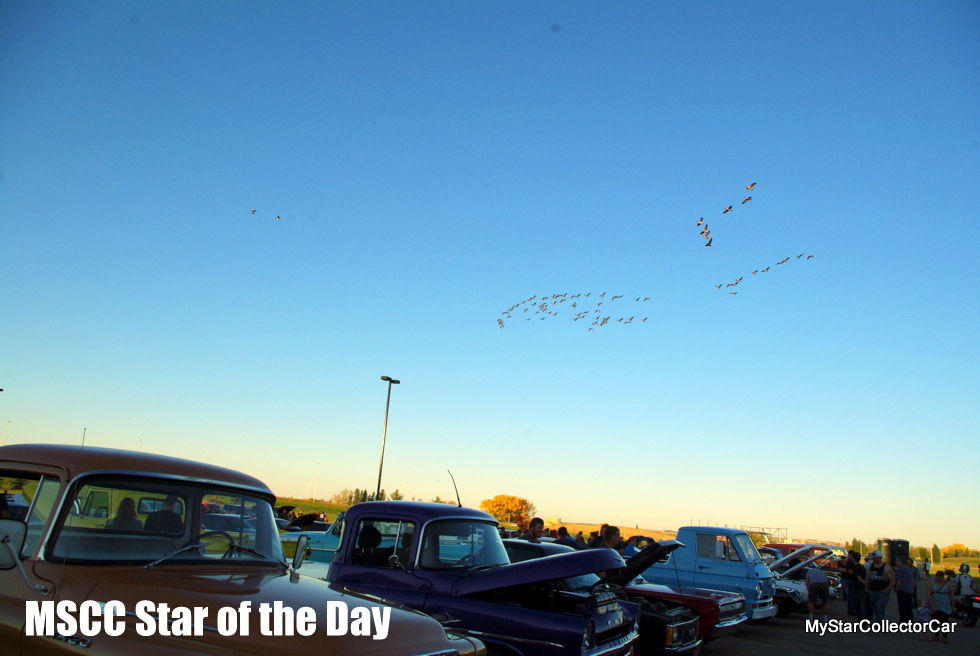 MSCC SEPTEMBER 17 STAR OF THE DAY: THE GEESE ARE FLOCKING UP OVER CAR SHOWS—YOU’RE RUNNING OUT OF TIME

There’s definitely a fall feel to the air now.

The days are still warm but they cool off fast at night and they’re a lot shorter than they were a few weeks ago.

This means the car show season is coming to a close for 2016.

This MSCC Star of the Day is a moment in time from car show Thursday night—the geese are flocking up so you’re running out of time. 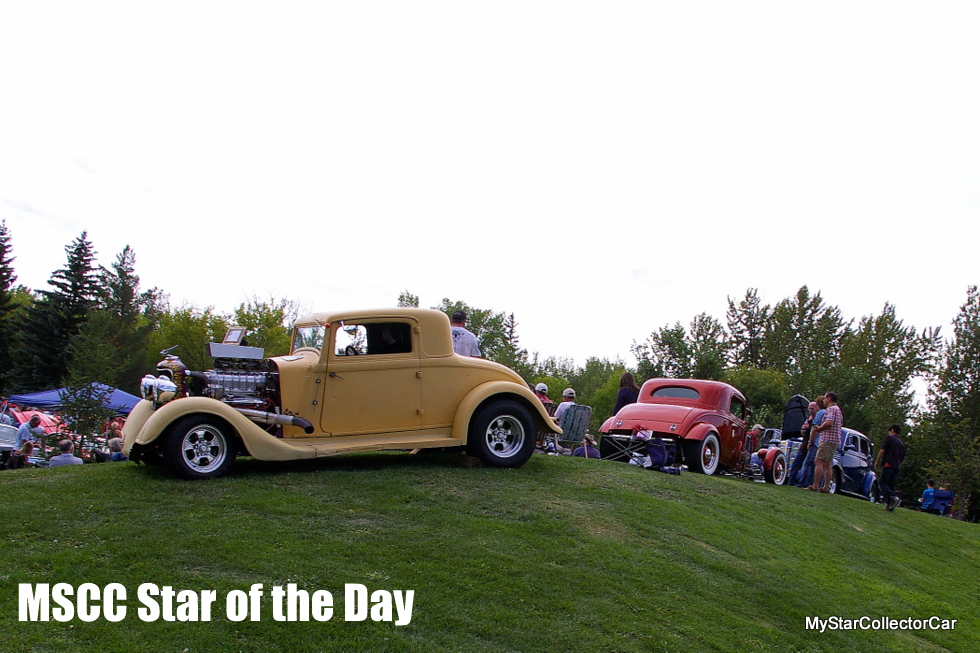 Street rods are a culture unto themselves.

They are the clearest form of individualism because no two street rods are exactly alike—there’s someone’s blood and guts in every build.

Street rods embrace the cowboy philosophy of rugged individualism because they are not a choice most people make but those that do are not cattle like an SUV—instead they herd cattle.

This MSCC Star of the Day is Street Rod Hill—the last domain of the cowboys. 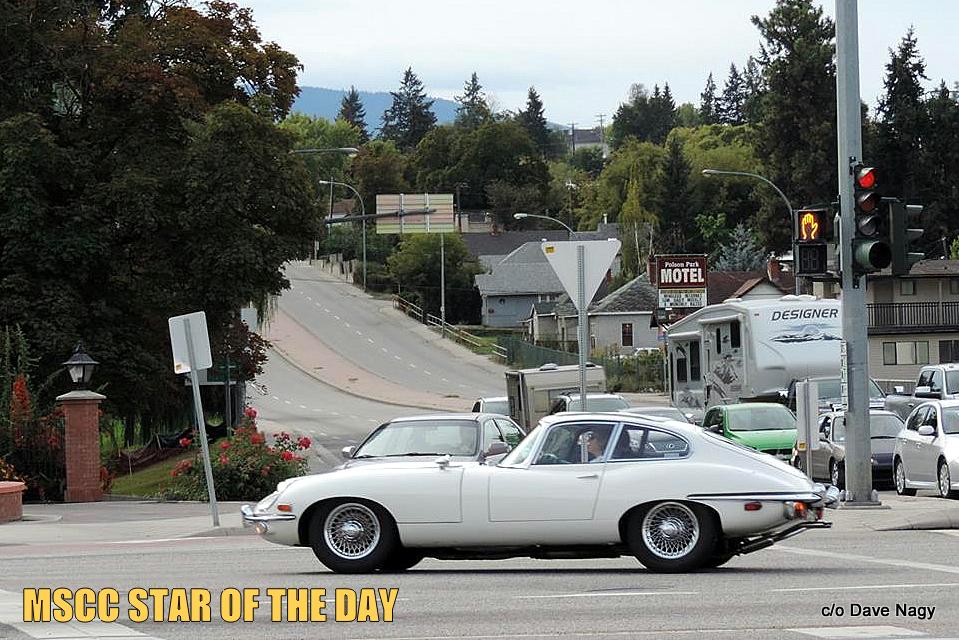 British cars made a significant impact on the North American car market right after WWII.

Guys came home from Europe with a newfound respect for the sporty rides on the other side of the pond so the invasion began.

Some guys really dug the MGs and the Austin Healeys but Jaguar made a huge impact with the XKE because this British super car took performance to stratospheric levels.

This MSCC Star of the Day XKE in traffic goes back to an era when the British were definitely coming. 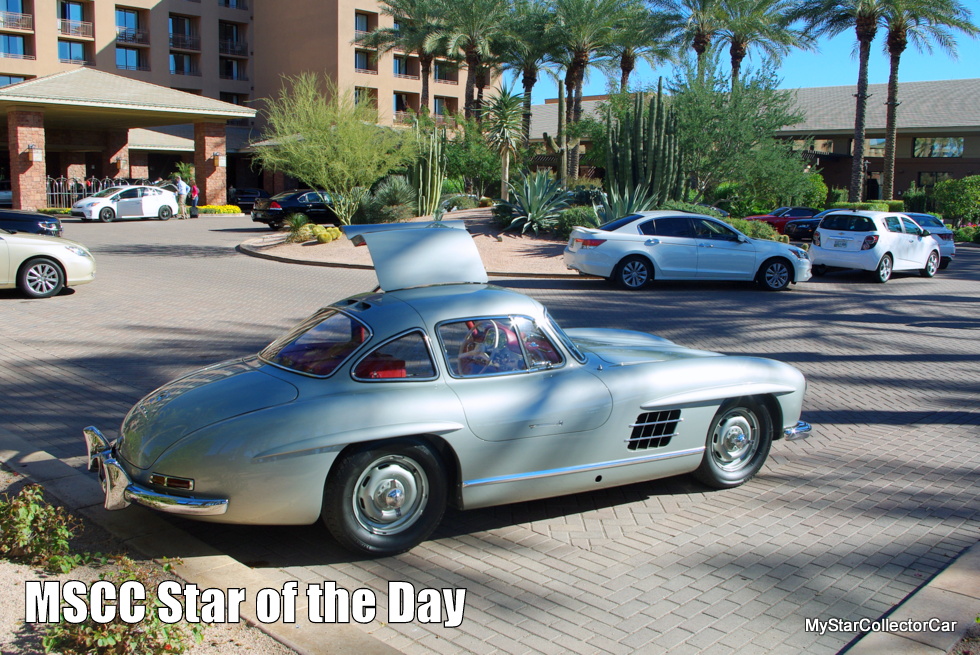 The value of collector cars spiked over the last few decades.

We’re in uncharted territory now because some vintage cars are worth more than the GDP of Uruguay and Paraguay combined.

That’s why this MSCC Star of the Day Mercedes is like leaving over a million bucks in plain sight. 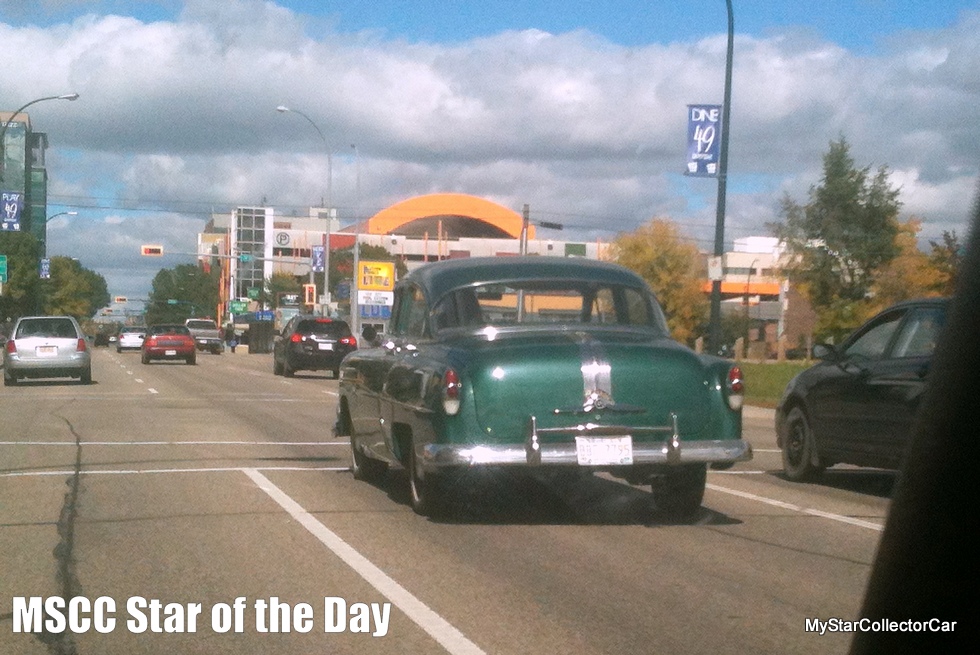 MSCC SEPTEMBER 13 STAR OF THE DAY: ’53 PONTIAC IN AFTERNOON TRAFFIC—OUTSTANDING

The easiest way to be an MSCC Star of the Day is to drive something unique.

Something unique excludes cars like silver 2016 Subaru Outbacks because there has to be something under the paint—not a car you’ll see six or seven times in one city block.

That’s the definition of bland—not unique.

This MSCC Star of the Day ’53 Pontiac in traffic yesterday is an outstanding example of what the term unique really means. 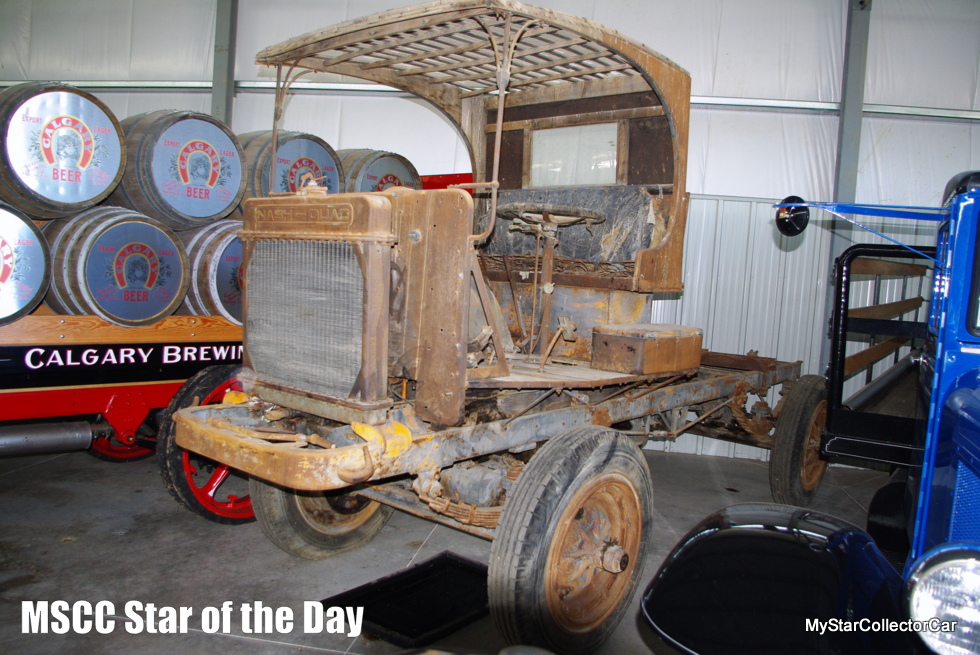 Some observers believe the military 4×4 began with the Jeep.

That’s a perception, not a reality, because the 4×4 was around and involved in the logistics of a major war long before Word War II became a grim reality.

There were 4×4 vehicles in the Great War (aka World War I).

They were vehicles just like this MSCC Star of the Day 1919 Nash Quad 4×4—long before the Jeep.

MSCC MAY 29 STAR OF THE WEEK: THE ROARING TWENTIES—THEY...

JULY 2014 CAR SHOWS AND EVENTS-PLEASE TELL US ABOUT YOUR CLUB...