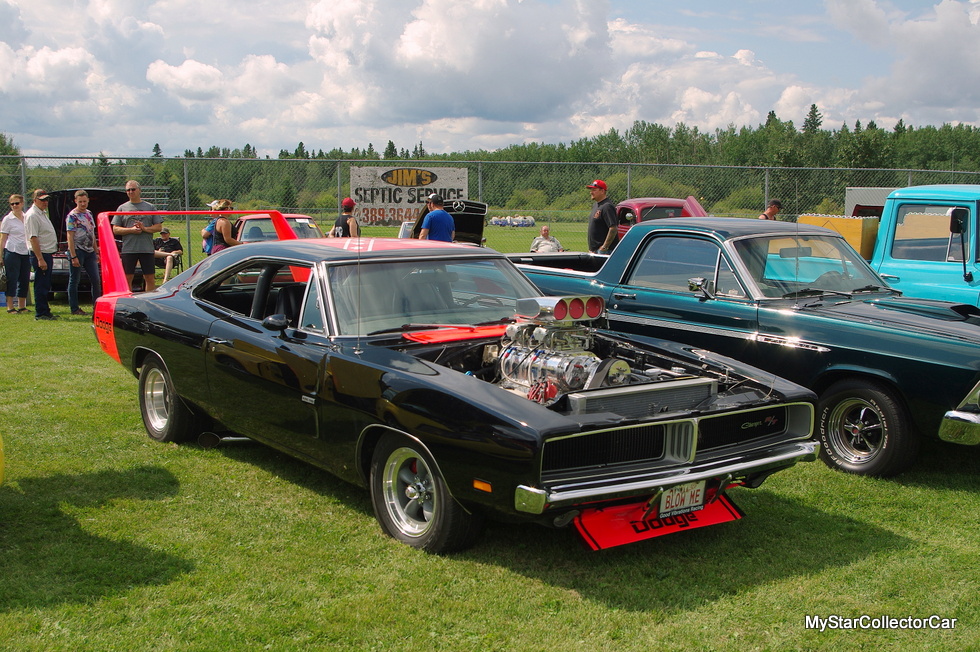 Steve Harris was only 17 when he purchased his 1969 Dodge Charger many years ago.

Steve bought the Charger as a graduation car but, even then, Steve had big plans for his Charger.

He was already immersed in the auto body field and was working in a shop when he bought the car. 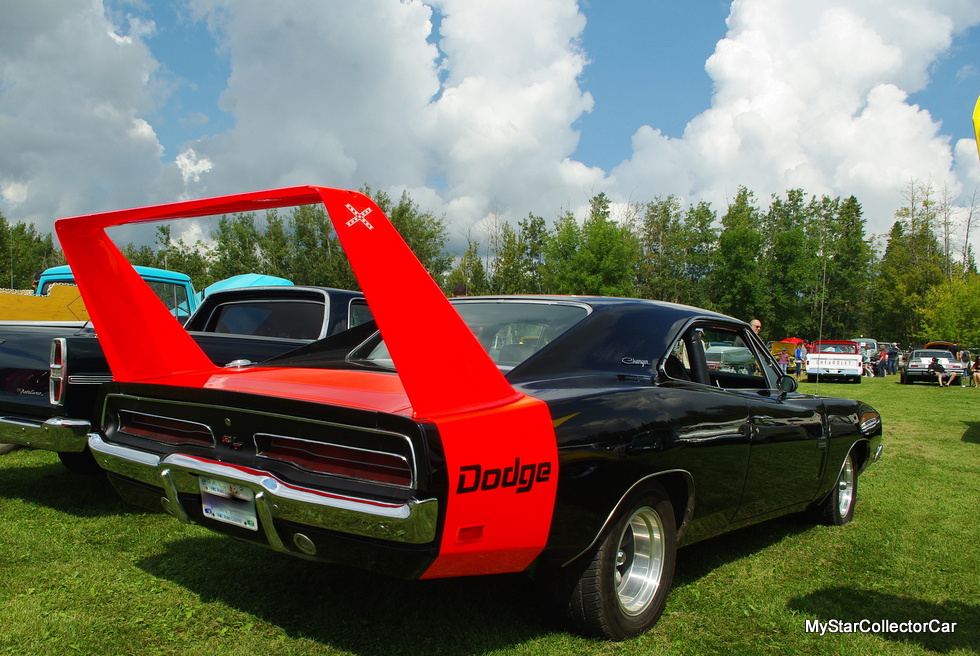 Steve noted that he put his first Hemi in the Charger when he was only 19 years old.

The Charger underwent many transformation under Steve’s watch, but it also served duty as a grocery and kid hauler for his then-young family. The double-duty Charger was a practical family car and Steve’s hot rod during that bygone era. 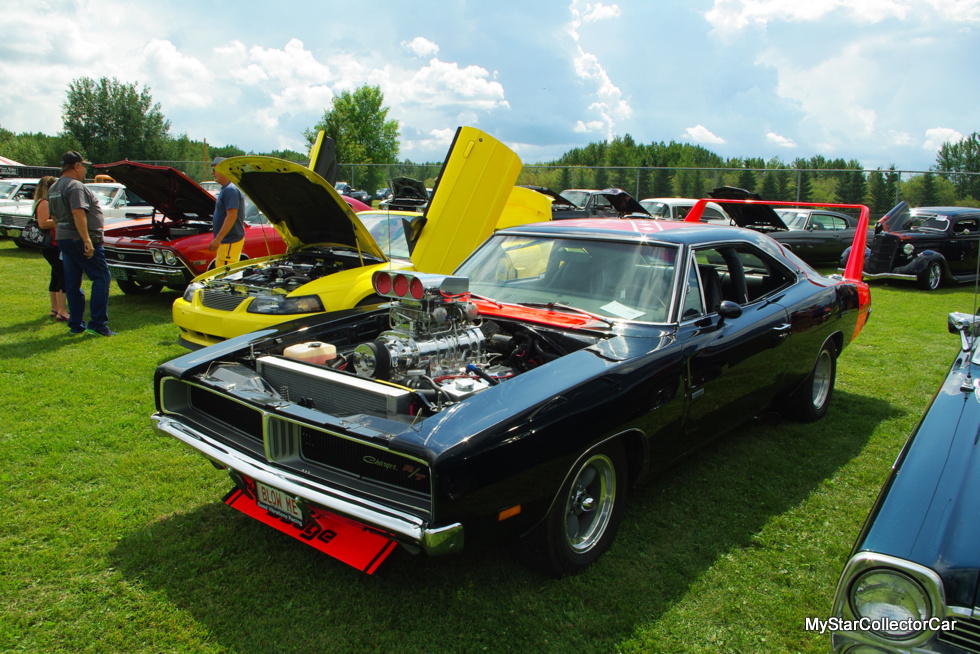 In fact, Steve recalled a time when the car’s rear roll bar assembly was used to fasten down his infant daughter’s child seat.

The Charger has “been through two wives and a lot of girlfriends” in Steve’s words, but it has been with him through thick and thin over the past decades. 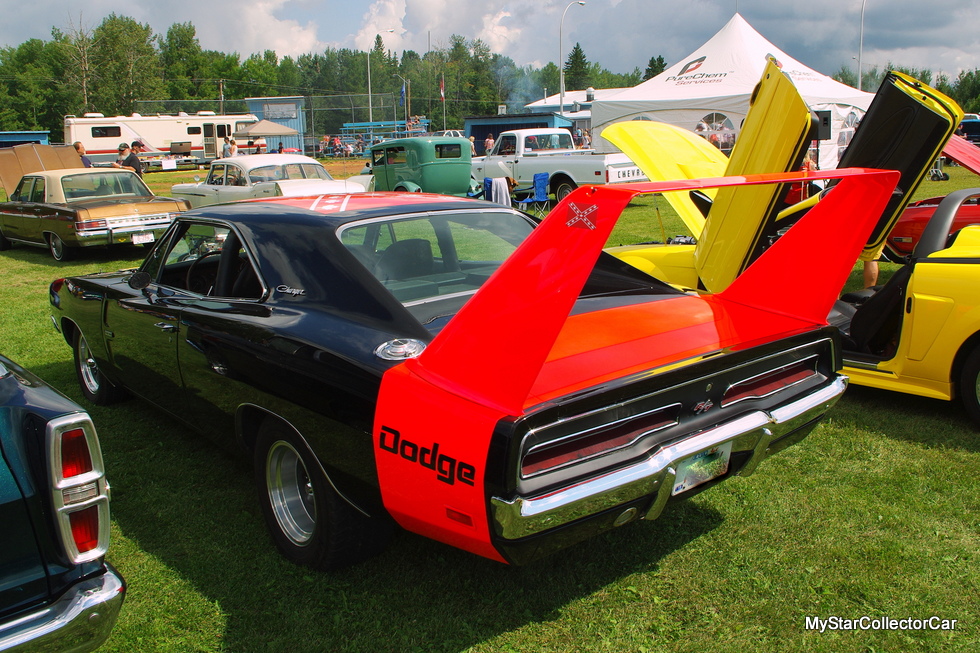 The Charger has also morphed into a flat-out street monster over the years because Steve always felt an irresistible need for more power-long before he had even heard of Home Improvement’s Tim “the Toolman” Taylor. 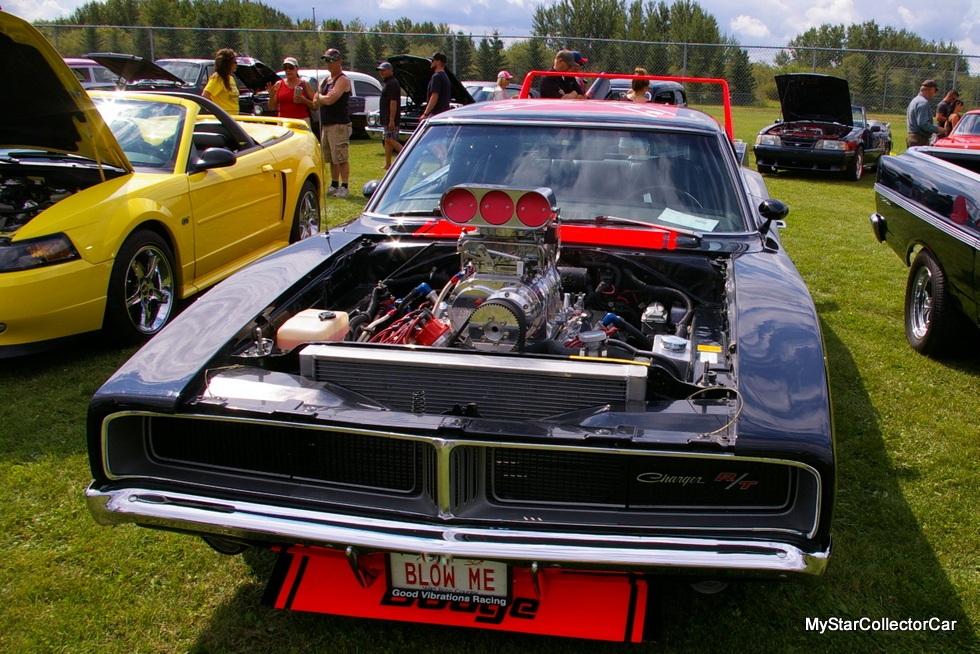 These days the ’69 Charger boasts a blown 512 Hemi that gets about 802 horsepower-on street gas. The Charger has gone from fast to insanely fast under Steve’s long ownership. 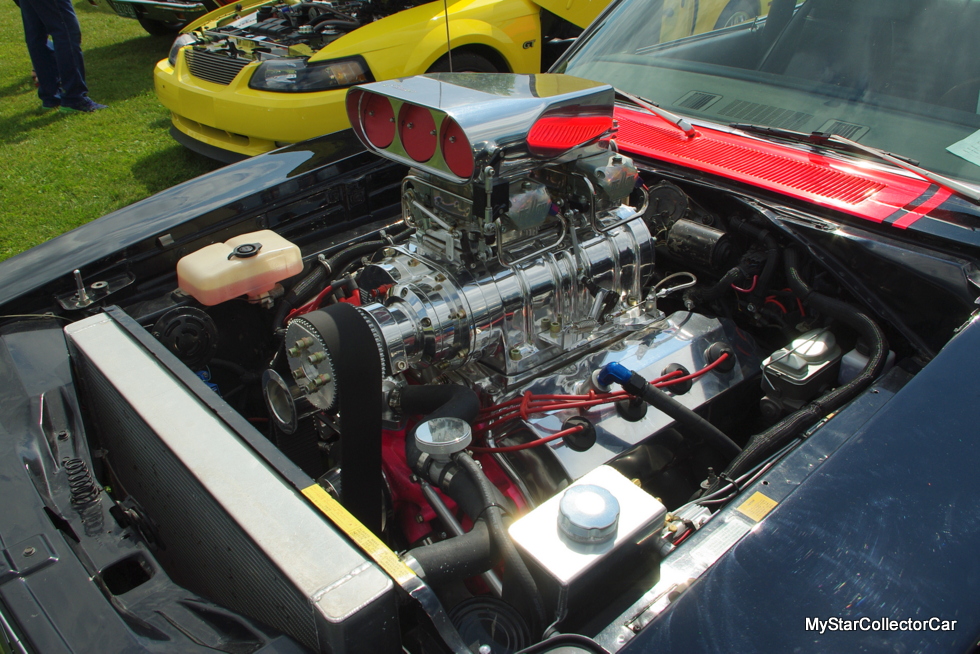 Steve was willing to share the speed reached by the Charger in 3rd gear, but we at MSCC prefer not to reveal his information. Suffice to say Steve’s ‘69 Charger is now a beast on the road.

The giant blower on the big Hemi is a dead giveaway that Steve’s Charger means business on the street. This ’69 Charger is definitely not a sleeper, it is now a street machine with a very bad attitude. 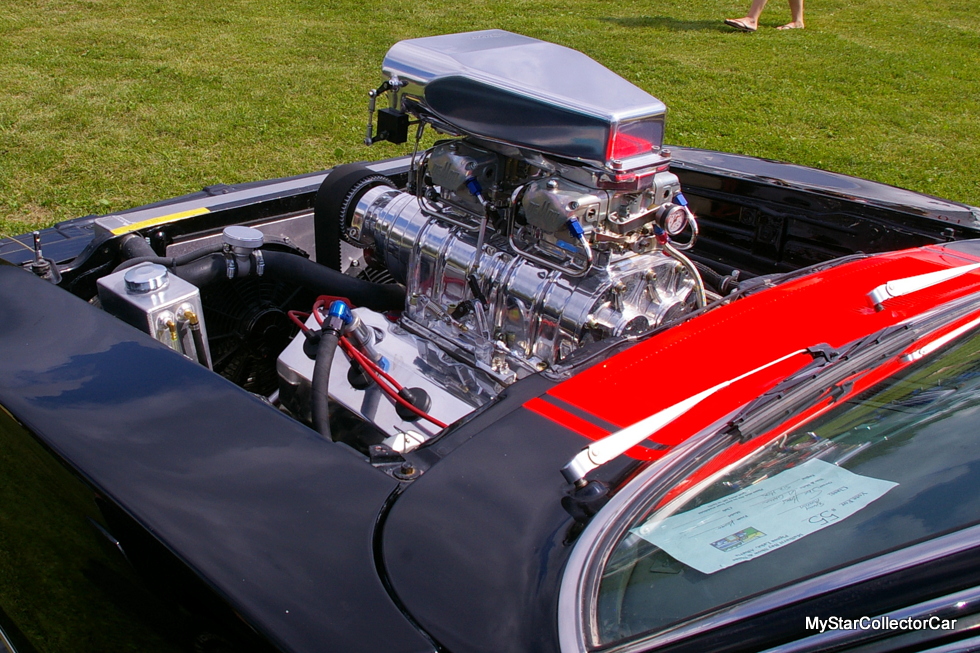 The car has been modified to accept larger rear wheels to enhance traction on the Charger. Steve narrowed the rear end by 3 inches to handle the bigger 10-inch wheels on the Charger. 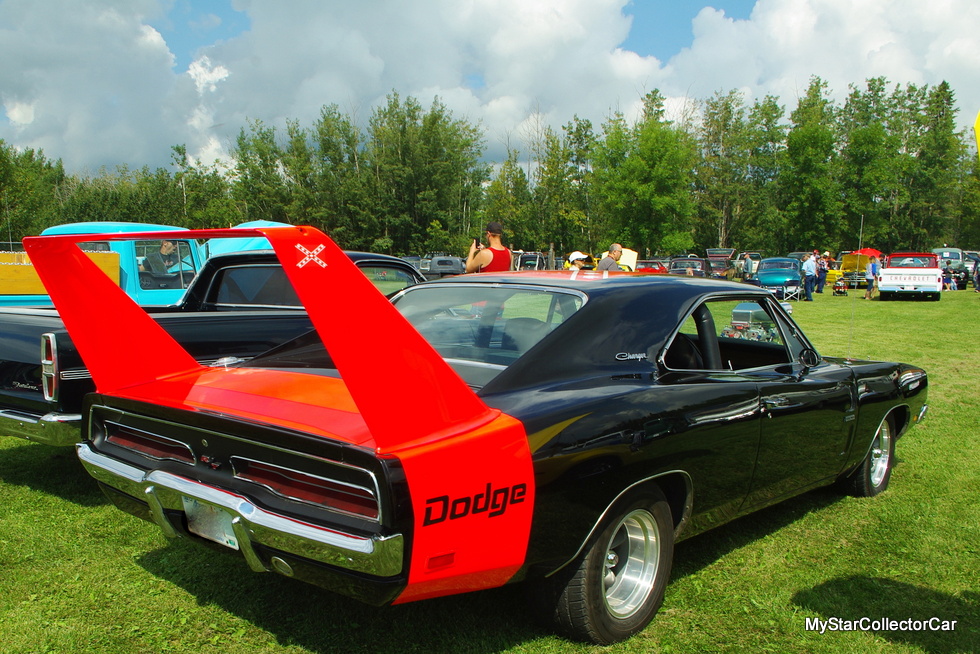 The result is a car that hooks up very well when Steve wants to test pilot the Charger. It will also stop on a dime because Steve has added four wheel discs into the mix.

Most of the car follows the style philosophy of the 1969 Dodge Charger, although Steve added the Daytona wing when he was 18 years old. 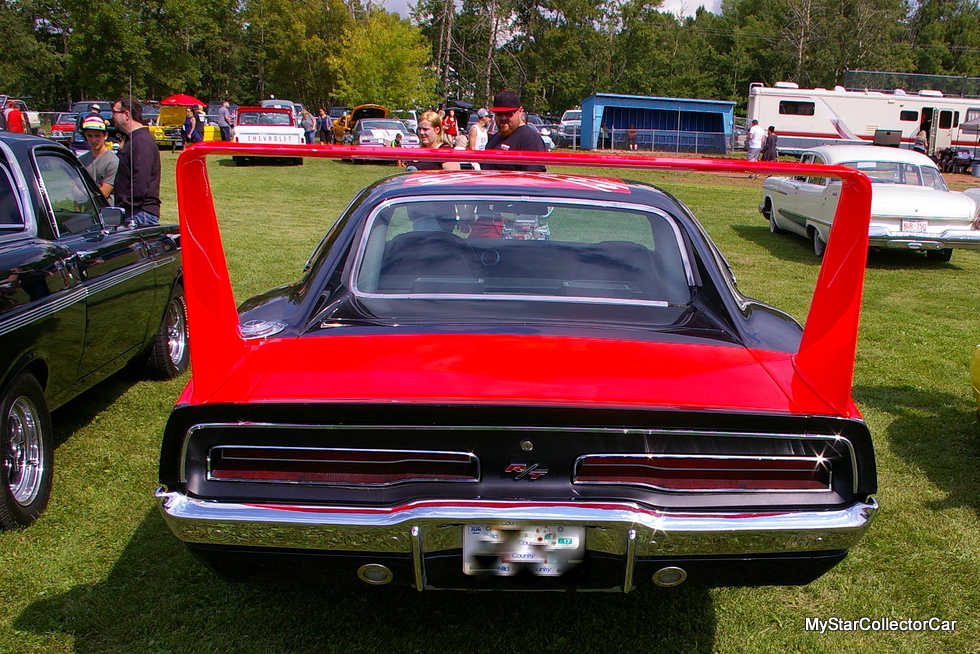 The car’s paint and bodywork has stood the test of time very well because Steve believes the paint is now over 27 years old, while the bodywork is now over 30 years old.

The interior was donated by a 1970 Charger and the console is the original from the ’69. 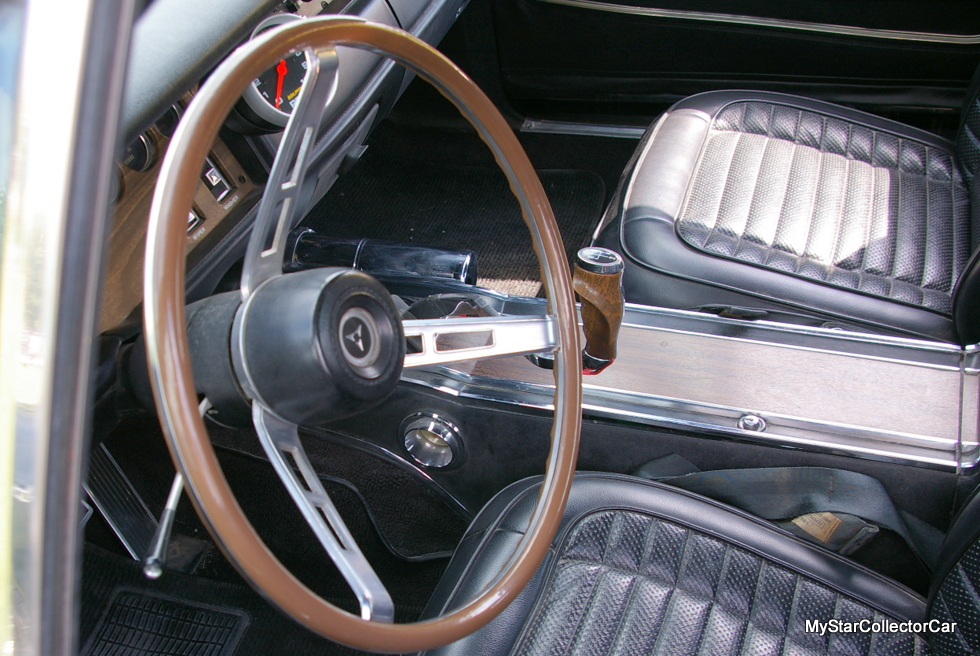 The car garners plenty of attention from the public and it’s fortunate that Steve is a friendly, outgoing guy who will answer any and all questions about his highly modified 1969 Dodge Charger. 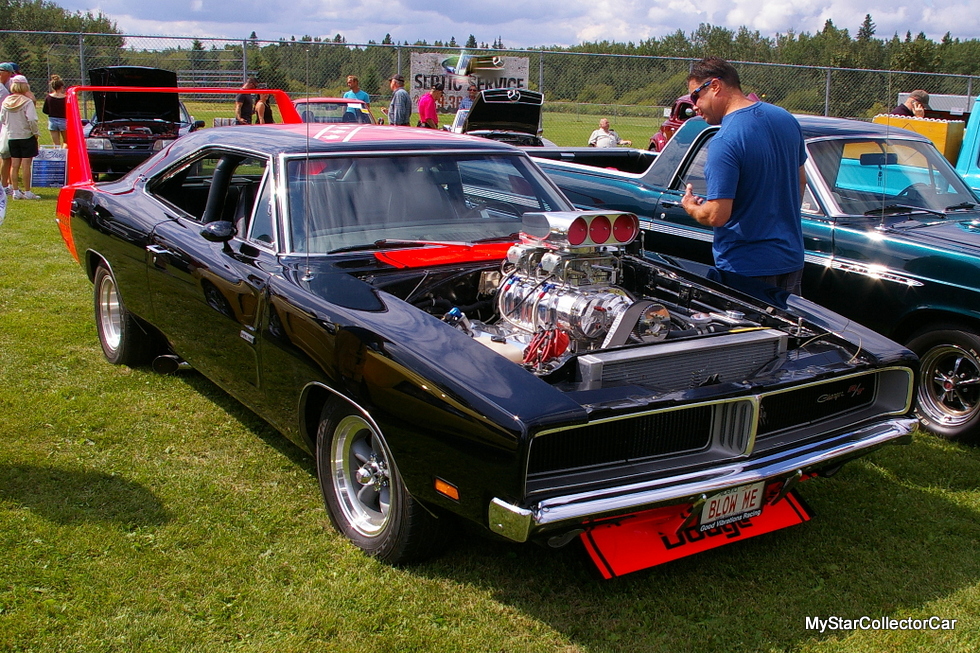 Steve’s story about his ’69 Charger is a long one because it started when he was only a 17 year old with big dreams. 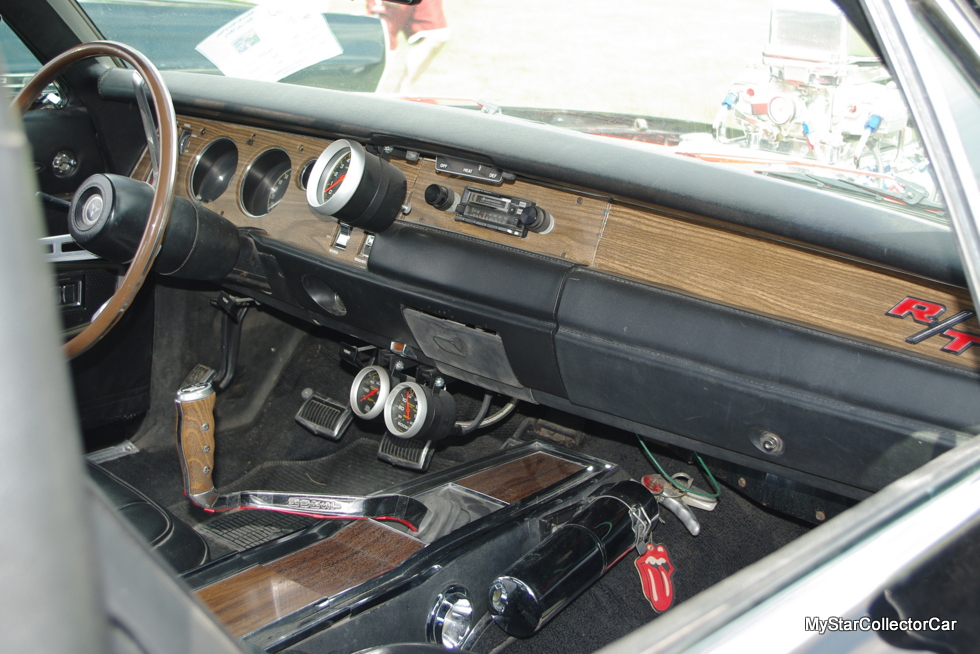 MSCC strongly believes it was “mission accomplished” for Steve and his wild 1969 Charger.