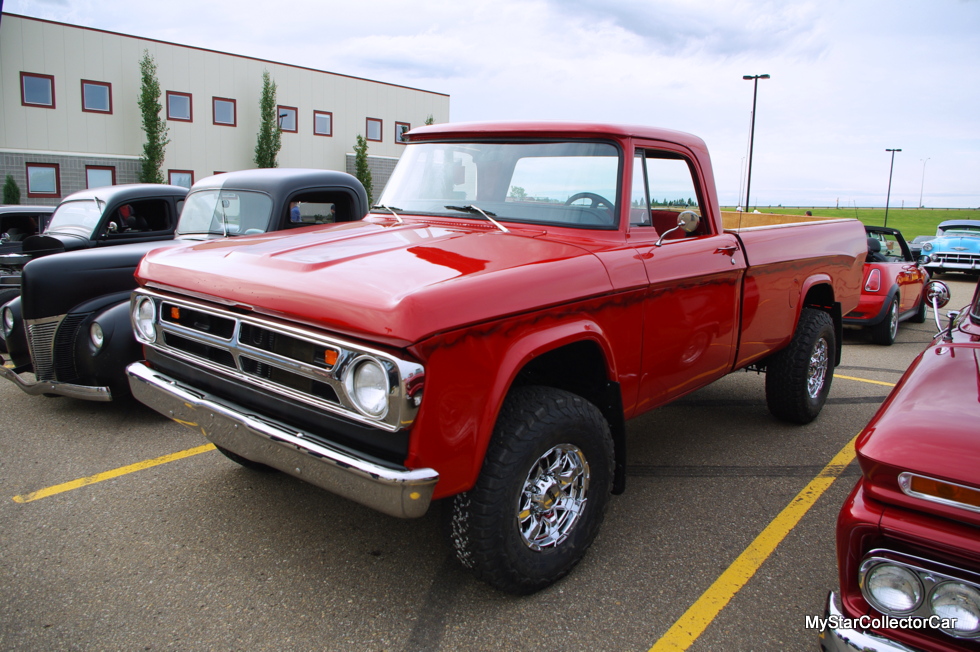 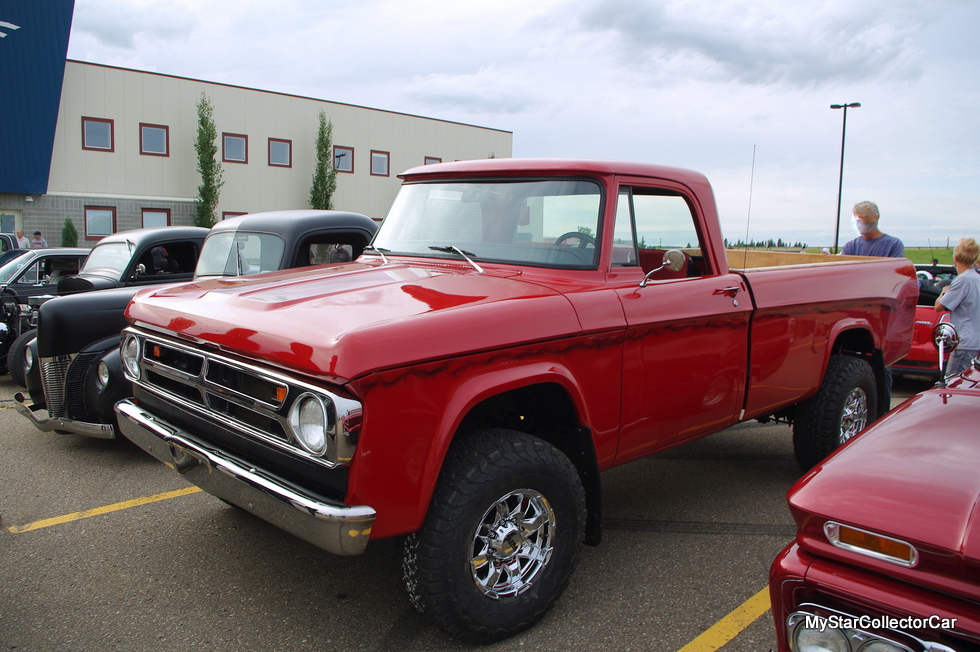 Dodge trucks got a radical makeover in 1961 with the introduction of the Sweptline series.

‘The Sweptline models were longer and sleeker trucks with more cabin space and an overall design that reflected a new era for Dodge pickups.’

The Sweptlines were also the first Dodge trucks to offer flat-sided boxes that were as wide as the cab and gave the trucks a smoother overall design. 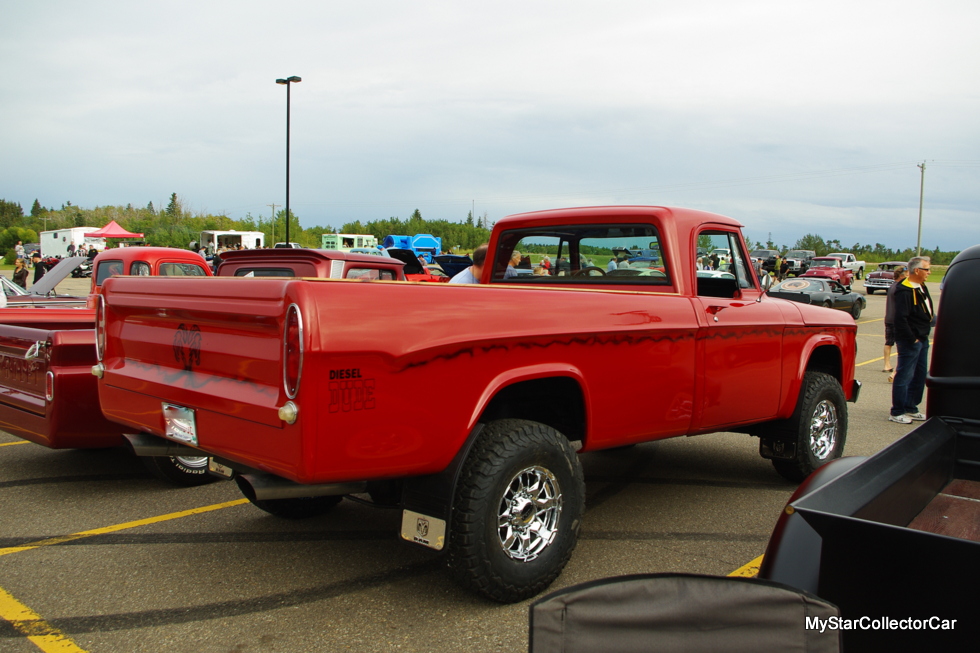 The Sweptline series was produced from 1961 until 1971 and was a distinctive look for the Dodge truck for 10 years.

Dodge Sweptlines were not manufactured in the same numbers as their Ford and GM pickup truck competitors and are not common in 2016. They were like most trucks from that era because they were worked hard, used up, and discarded after they were no longer able to pull their weight on a work site or farm. 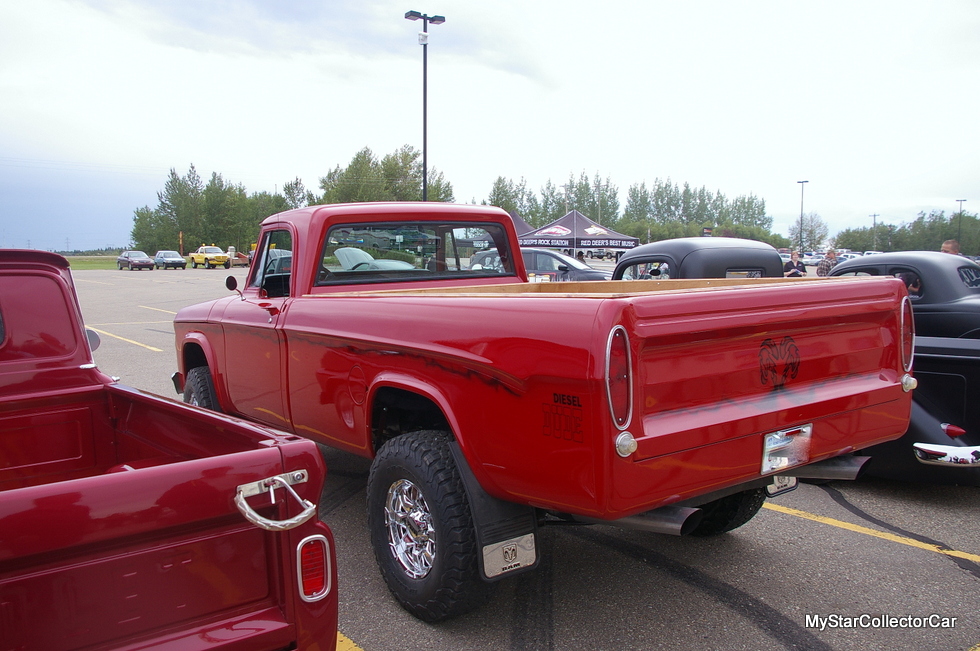 A 1969 Dodge Sweptline owned by Greg Gongaware survived the past 47 years and got a serious upgrade under his watch. Greg was always a fan of the late 60s/early 70s Sweptline trucks and has owned his truck for 17 years.
Greg comes from a farm background and taught his kids how to drive in the old pickup truck in typical farm tradition. A few years ago, he decided to give the truck a radical makeover and enlisted the services of local custom builder Ian Harryat to perform the surgery. 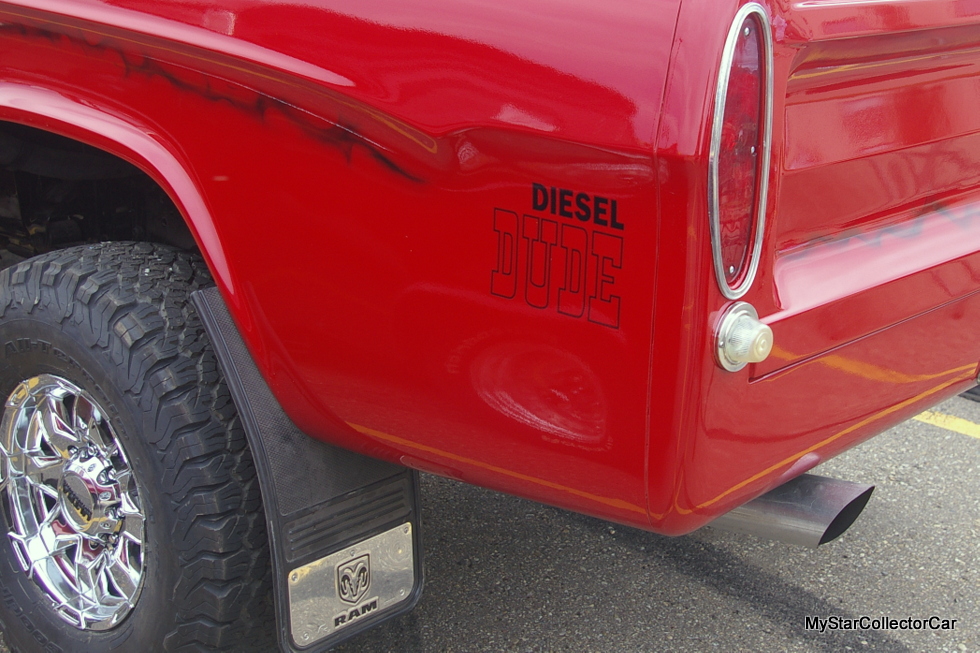 The Dodge’s original frame was removed and a 2001 Dodge chassis replaced it under the original Sweptline cab and box. The 2001 chassis allowed them to use a Cummins 5.9 liter diesel in place of the original gas job in the truck. 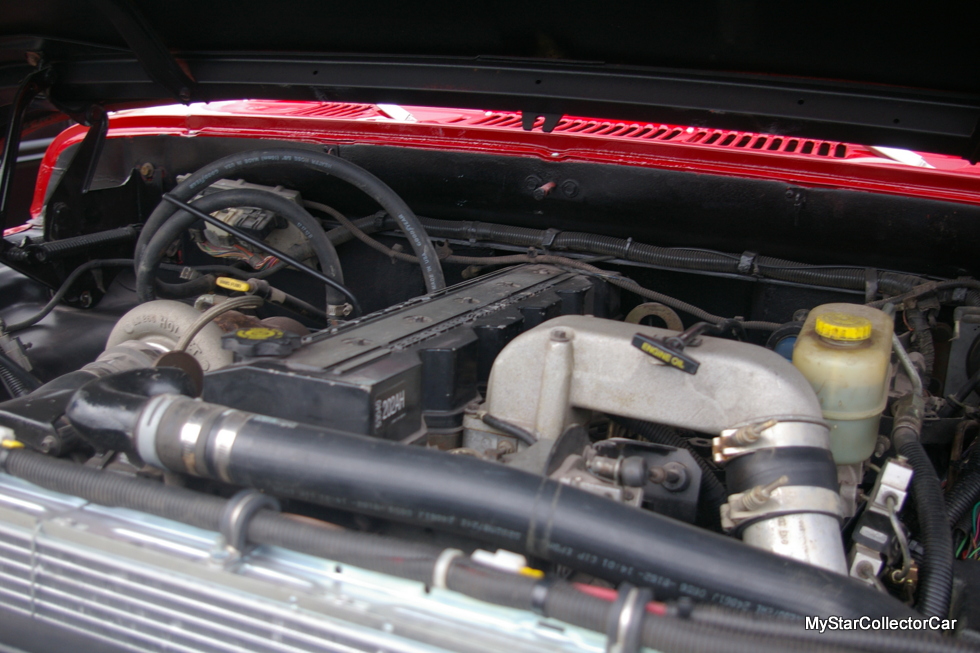 The entire cab had to be moved forward on the new frame and the inner fender wells on the ’69 had to be cut to fit the big Cummins diesel. The result was a 1969 Dodge truck equipped with a new diesel engine that looks like it came from the factory fitted in the truck. 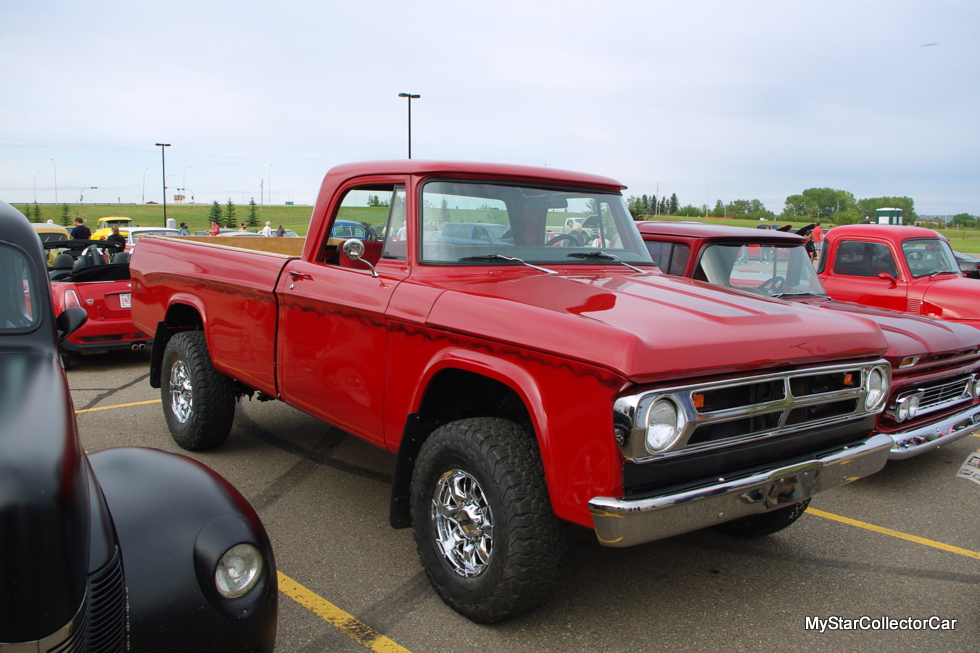 The entire project took three years and there are “lots of mods that nobody sees”, according to its builder Ian. The Dodge has a new instrument panel that incorporates all the gauges and circuitry needed to make the new power train think it’s still in a new truck. The seamless look of the new instrument panel in the truck’s dash is a testimony to the build quality in the resto mod. 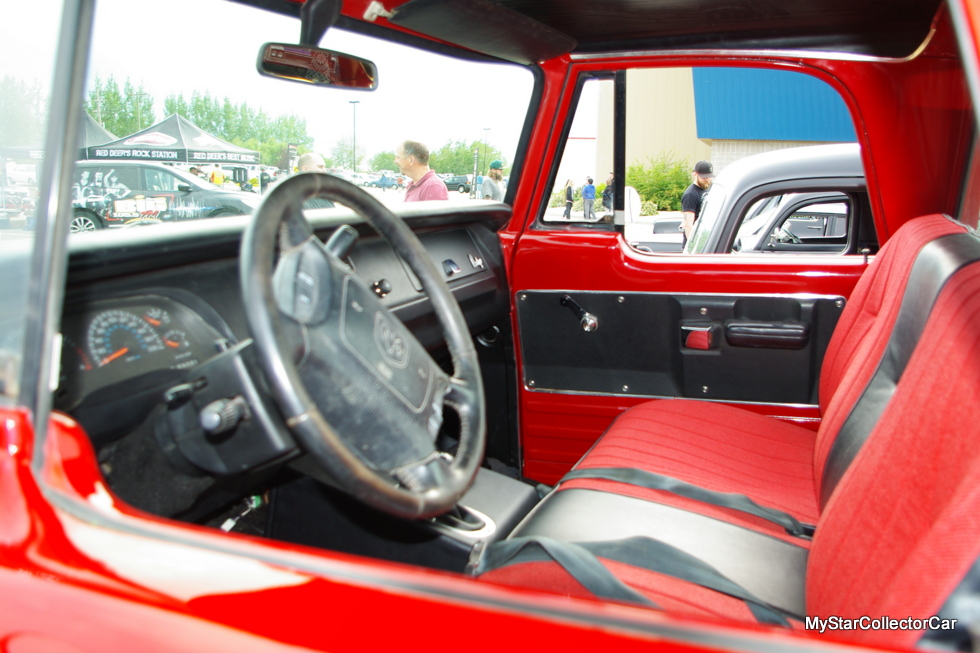 The seats are a big upgrade from the original bench seat and were purchased brand new from an aftermarket catalog. The Sweptline trucks had hood hinge issues and they were lucky enough to find hinges that still had enough spring to make the hood sit down perfectly on the fenders.

‘The 1969 Dodge truck was described by Ian as “-1200 on a scale of 1 to 10” when they began the big resto mod project and now it is a stunning example of a successful marriage between old school cool looks and modern technology.’