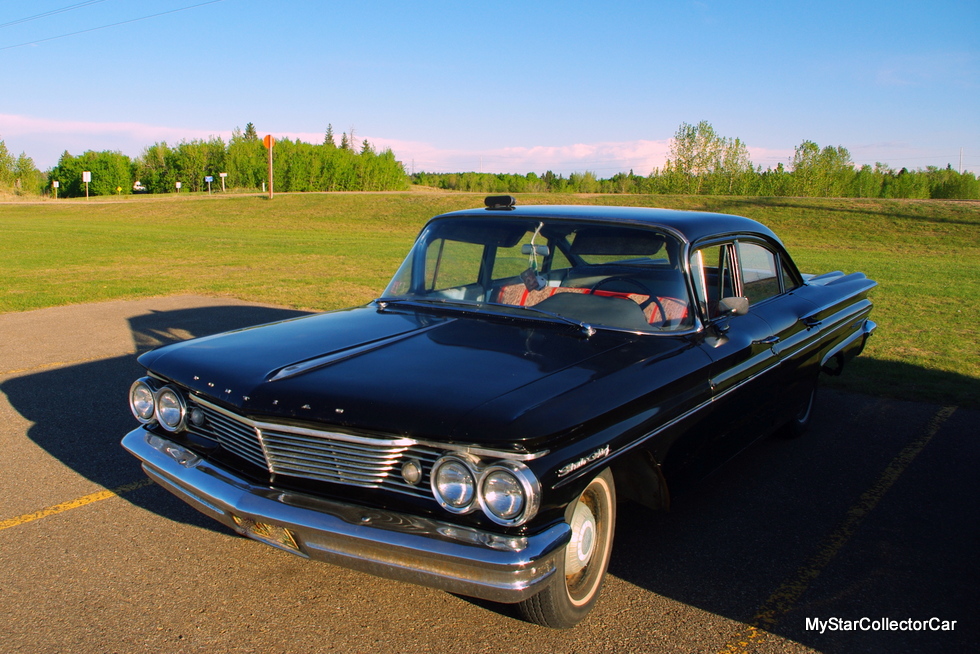 Most car guys know they’re car guys from the day they grab a toy car or truck and never let it go.

This often happens long before they learn how to talk.

The exceptions to this rule are the late bloomers—car guys who discover their inner car guy at a later stage in life. 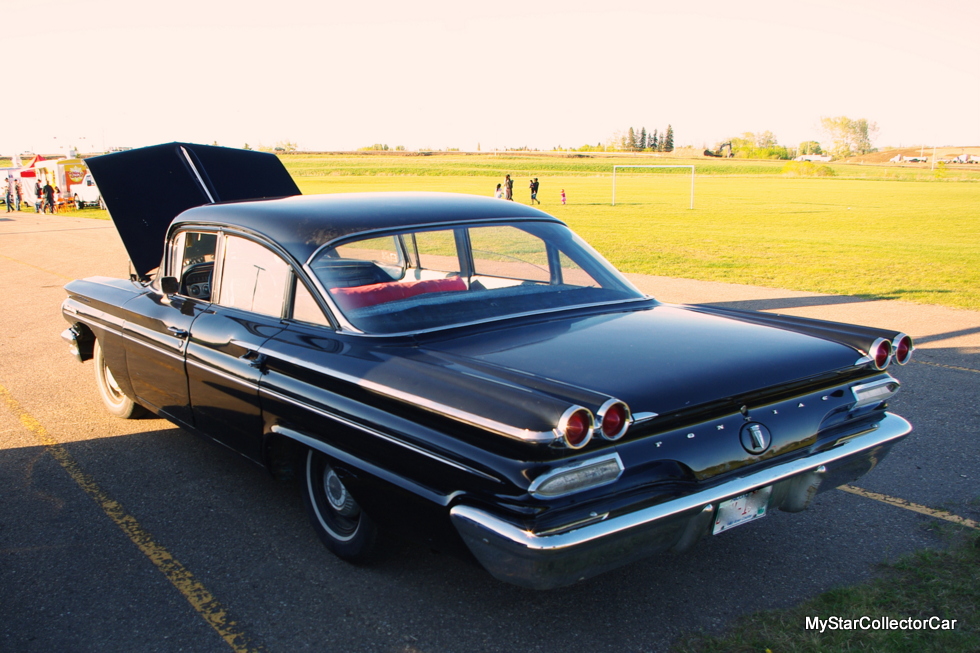 Dave Renwick falls into the ‘later in life’ category although he’s still a young guy because he couldn’t get over a 1960 Pontiac Strato Chief 4-door sedan (Canadian version of the Star Chief). He “saw it and for some reason had to have it”. 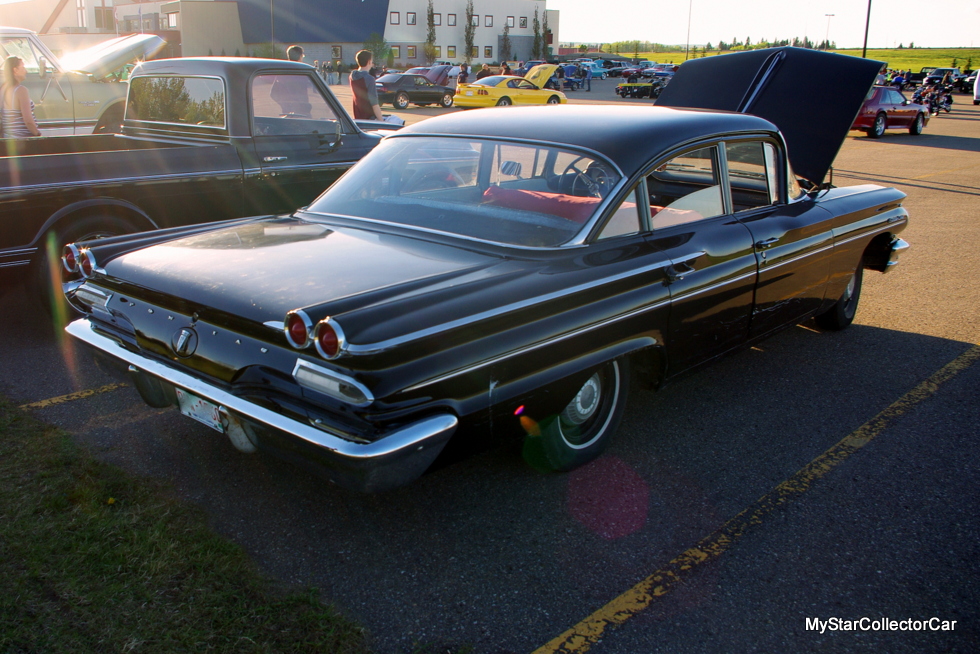 Dave admitted he “sat on the car for two years” because his then “girlfriend’s sister’s boyfriend” was interested in it but he never stepped up to the plate. The car had actually sat for seven years before Dave rescued it. 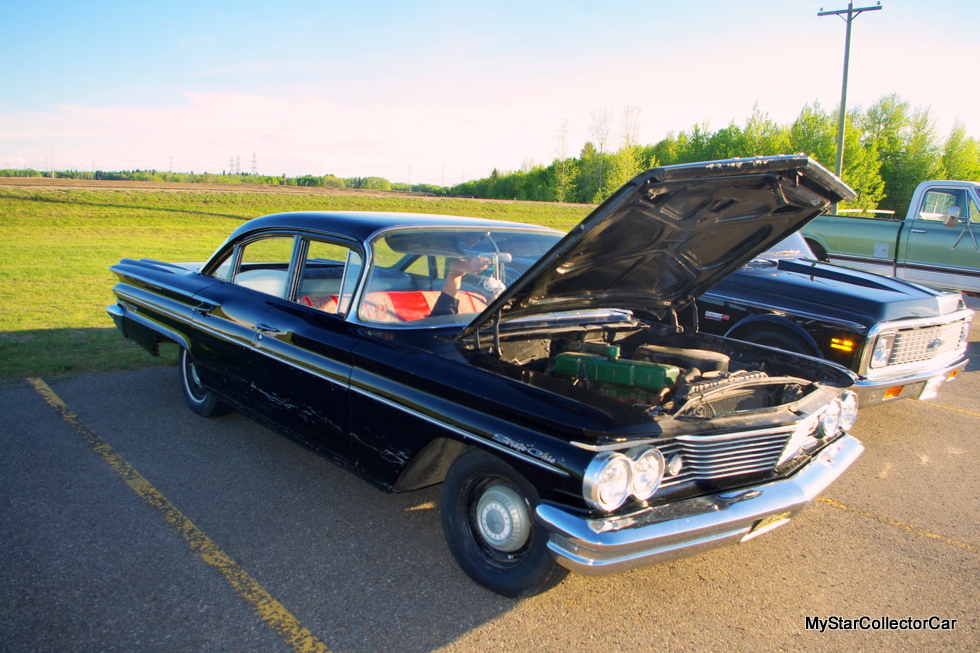 Dave became the proud owner of a clean 50,000-mile, non-running ’60 Pontiac. This car has had more owners than revenue property in the bad part of town because it’s been registered seven times before Dave became its proud new owner. 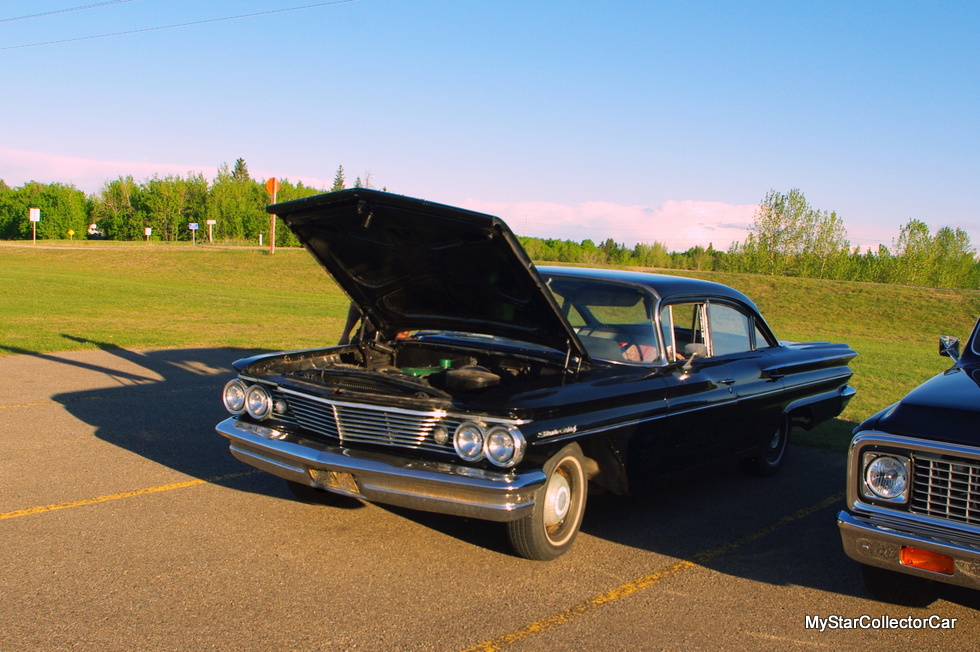 The car wasn’t running when Dave took the keys but he worked on the old Poncho and, thanks to a “lot of help from some old boys” he had the car running after winter officially ended.

They took a deep interest in Dave’s car and wouldn’t let him touch it until everything was looked at and corrected. The veteran car guys were enthusiastic because they like the car and Dave’s attitude. 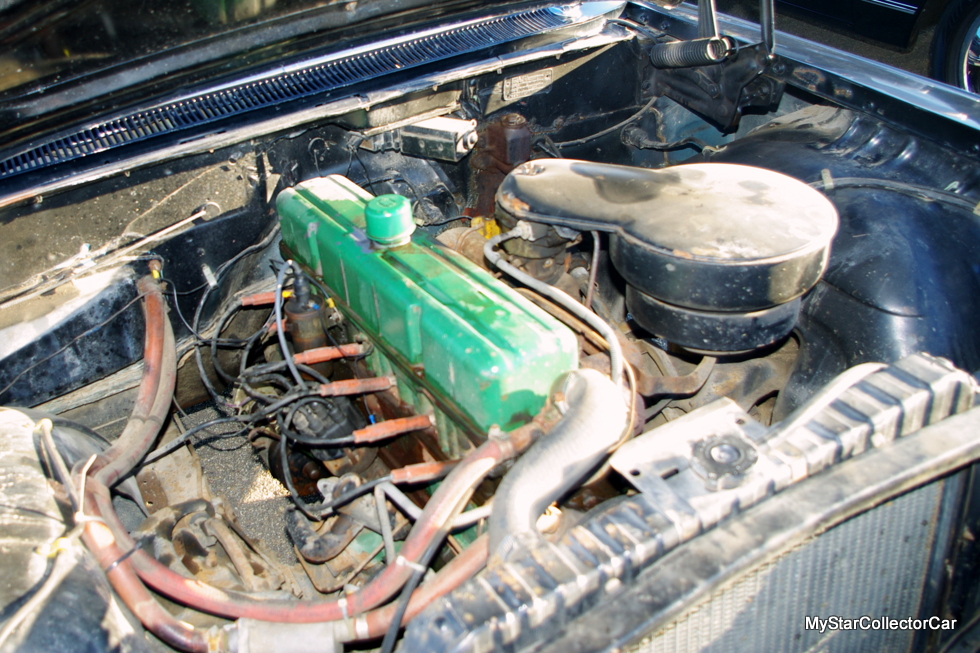 Dave runs the car as a daily driver because it’s “cheaper to run” than his truck thanks to its stock six-cylinder, three-on-the-tree power train. He added he’d look for any excuse to drive it so he’ll “go and get bread and milk for anybody”.  Dave admitted he had to learn the three-on-the-tree transmission on the back roads and he thought second gear was first gear until an older guy showed him where it was. He wondered why the car had a “lot more power” when the guy drove it. 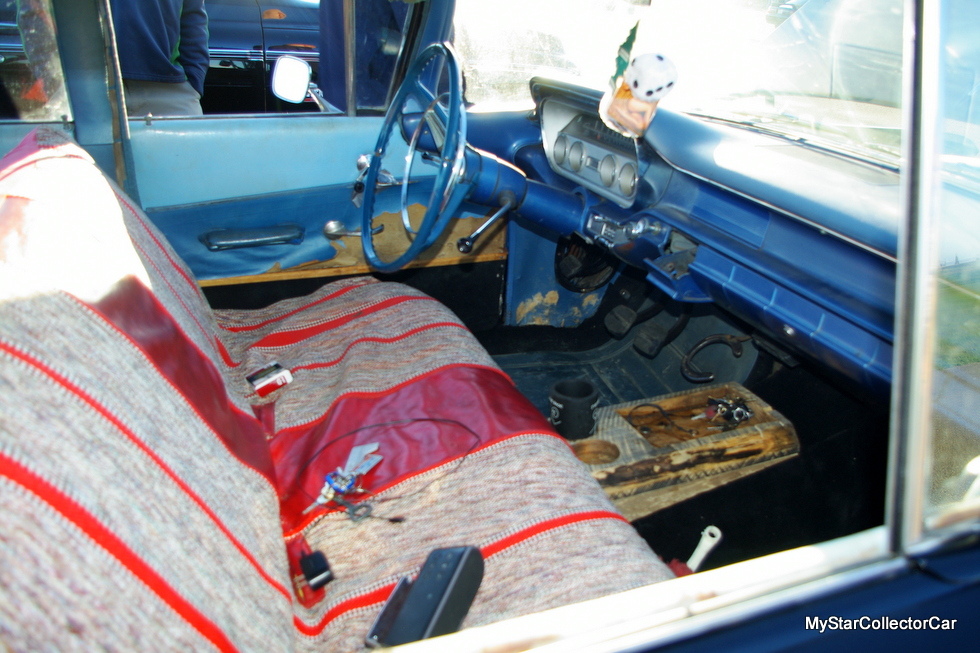 Dave has already picked up on the attention he gets with his old Pontiac because “everyone just wants to talk” when he’s stopped in the car.

He picked up a hitchhiker whose vehicle had broken down and he was surprised when his newfound passenger told him he was glad he stopped because he’d owned a ’60 Pontiac “just like it”. The odds are against that kind of connection but Dave attributes it to all the magic associated with an old ride.

Dave is a very social guy so he admits he “slept in it” a few times the first two nights of his school term and he found it to be pretty comfortable. He only had to “start it a few times” to get the heat going enough to warm up the cab. 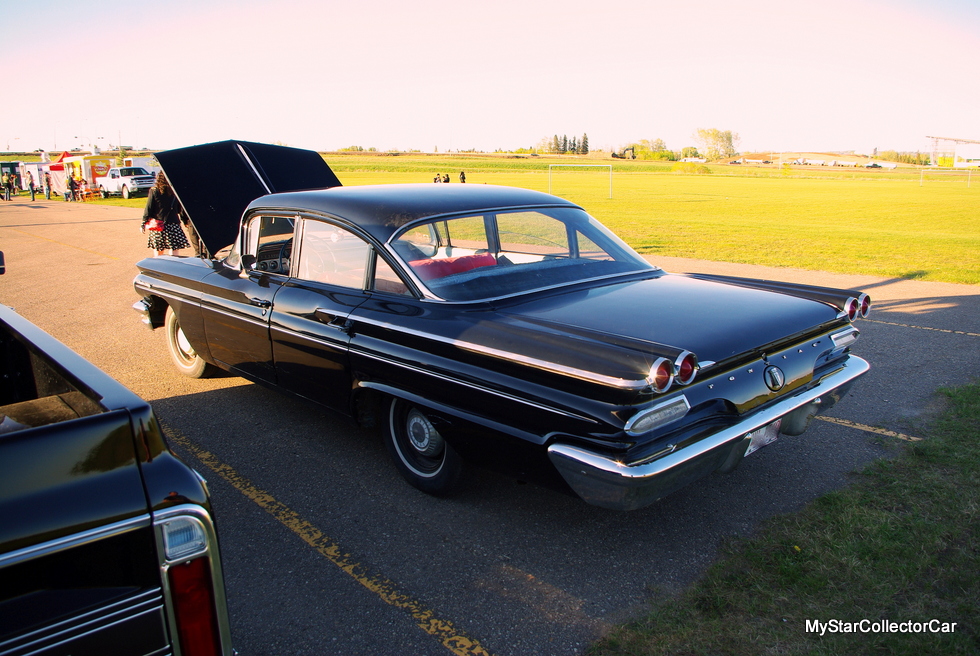 He was at a rodeo where he and his Pontiac were invited to party with the cowboys and the old car was a big hit at the social event.

Dave is now at the point where he has to make a decision on the Poncho because he wants “a little more power” so the 6-banger might be casualty but until then he‘s really happy with his old Pontiac. 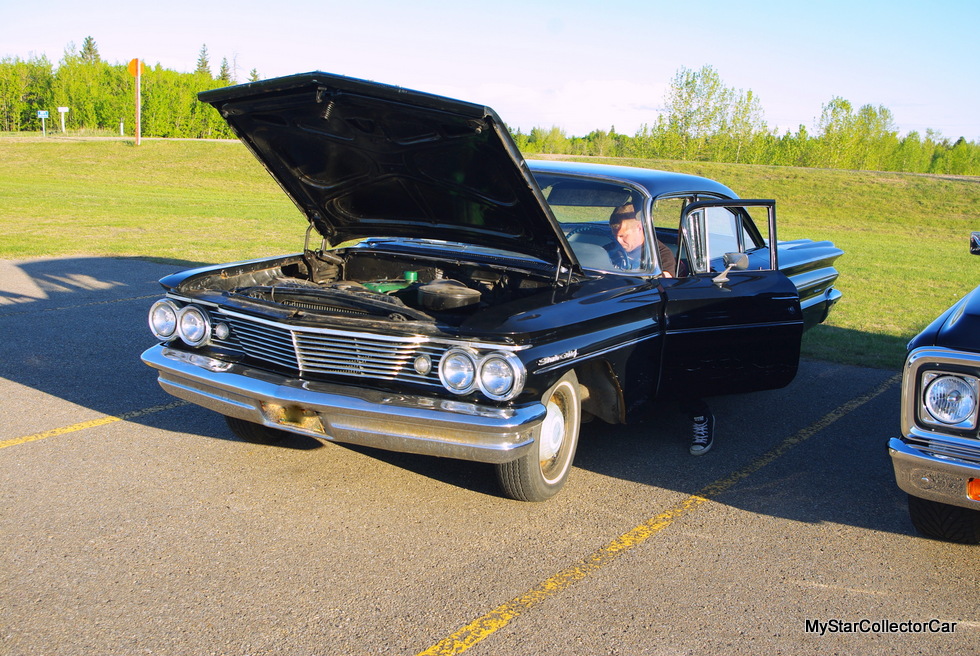 That’s the definition of love at first sight.