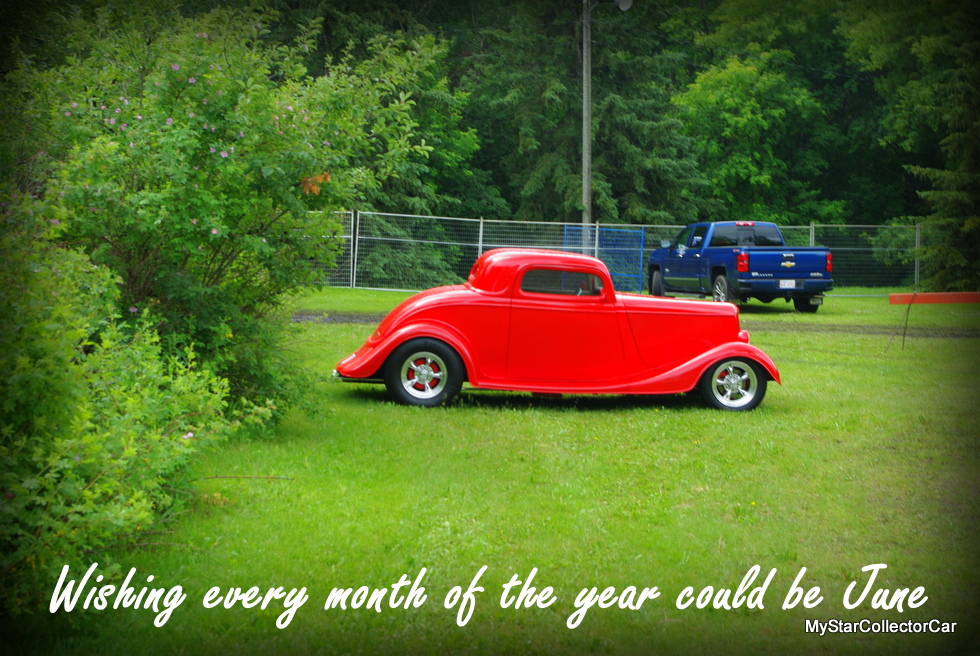 Jimmy Buffett became a lucrative brand name many years ago so these days he is more of a music/merchandise-based franchise riding the wave of a clever marketing plan-and less of a songwriter.

Think McDonalds if they sold Margaritas and T-shirts when it comes to Mr. Buffett. 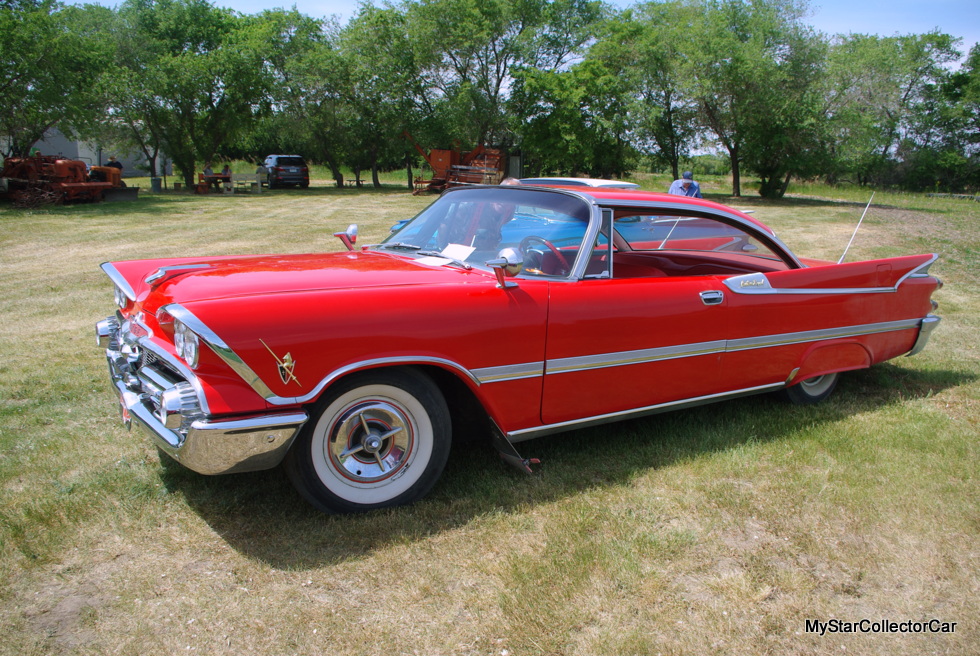 But there was a day when the guy was less famous as a restaurant magnate and more famous as a musician. One of his songs was ‘Cliches’ which he recorded  in 1976 before he decided to make a living off people who actually believe his drunken anarchy phase was also their wild phase in life. Such is the power of self-delusion with people terminally afflicted with the boring gene and a flock of fake parrots on a goofy hat that will not change their grim fate. 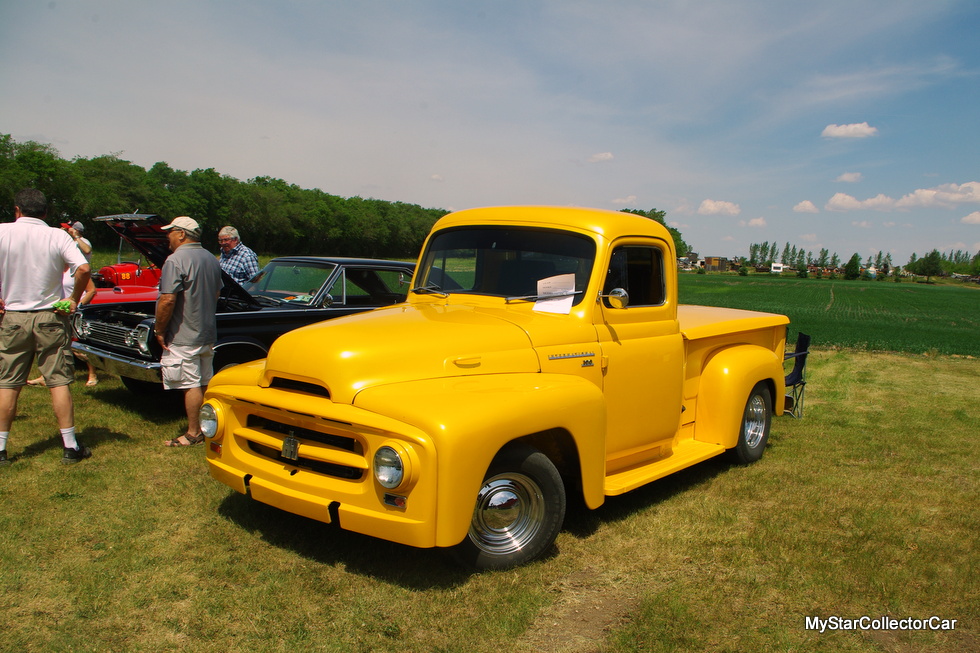 ‘Cliches’ has a line: “Wishin’ every month of the year could be June” ; and MyStarCollectorCar could not agree more with the guy who sold his musical soul for a warehouse full of fake tropical trinkets a long time ago.

There are some very compelling reasons why MSCC loves the month of June.

The first and best reason is that June is not winter in the Northern Hemisphere so we get to spend time outdoors in this region. This same outside reason applies to vintage vehicles because we get to see them back on the road in June. 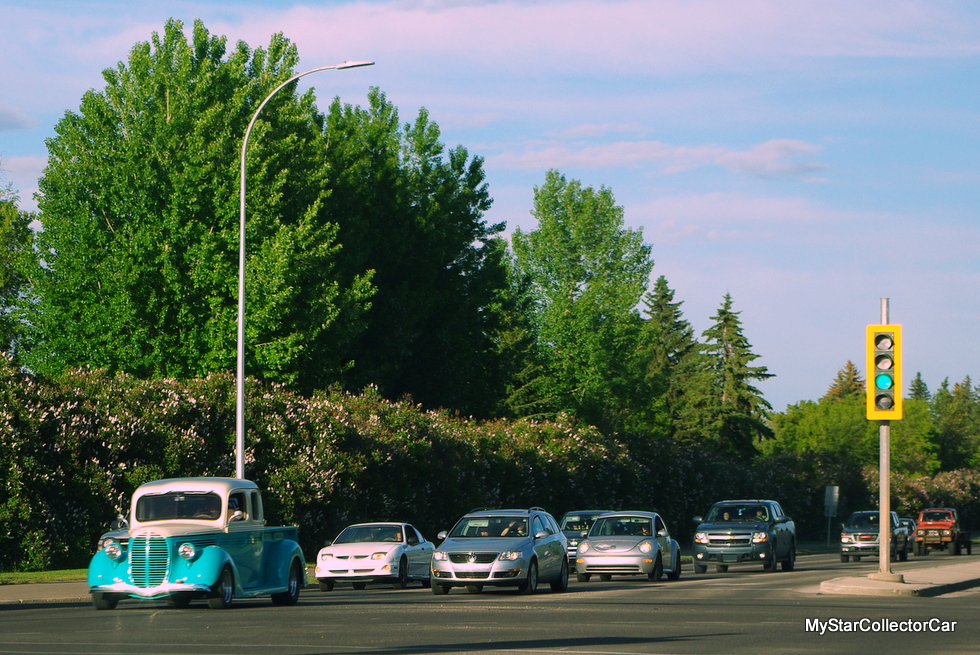 The second reason is June is strategically placed at the start of the summer season and car guys can look forward to the next few months filled with many shows that cater to them. The choices range from participants to onlookers for car guys and June is a big month on their show calendar. 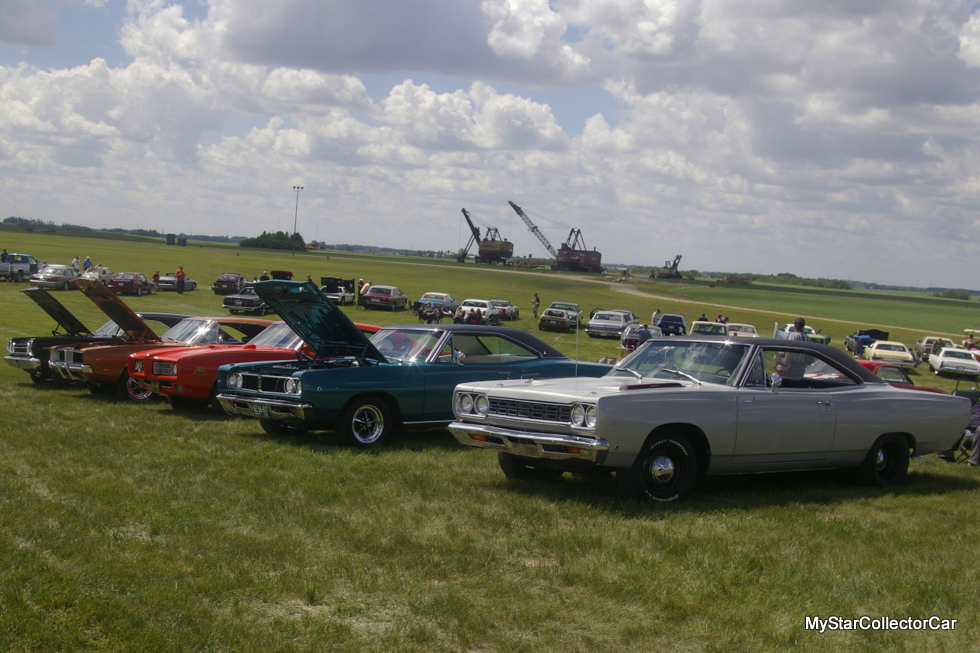 The third reason we at MyStar love June is we get to see what a long winter can mean to car guys. These cats have plenty of time to get it right when it comes to a winter project and June represents a month when they can show off their completed rides. 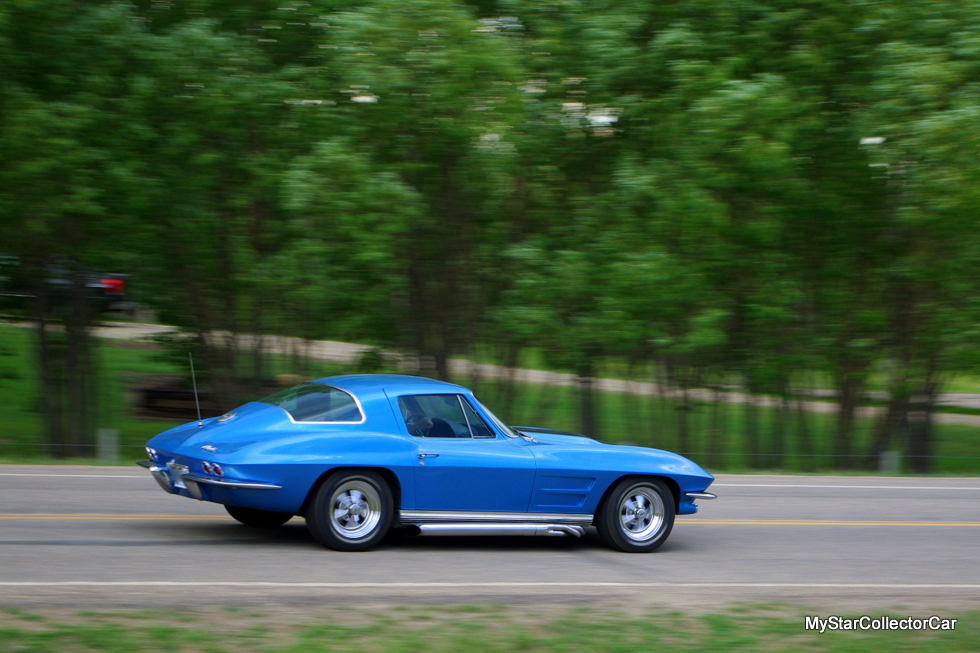 The fourth reason MyStarCollectorCar wishes every month of the year could be June is the sheer green-ness of this special time on the calendar. The leaves are in their greenest glory, the lawns are greener than Linda Blair’s vomit in ‘The Exorcist’, and the wide array of paint jobs on classic rides virtually pop in contrast to all that greenery during the month of June. 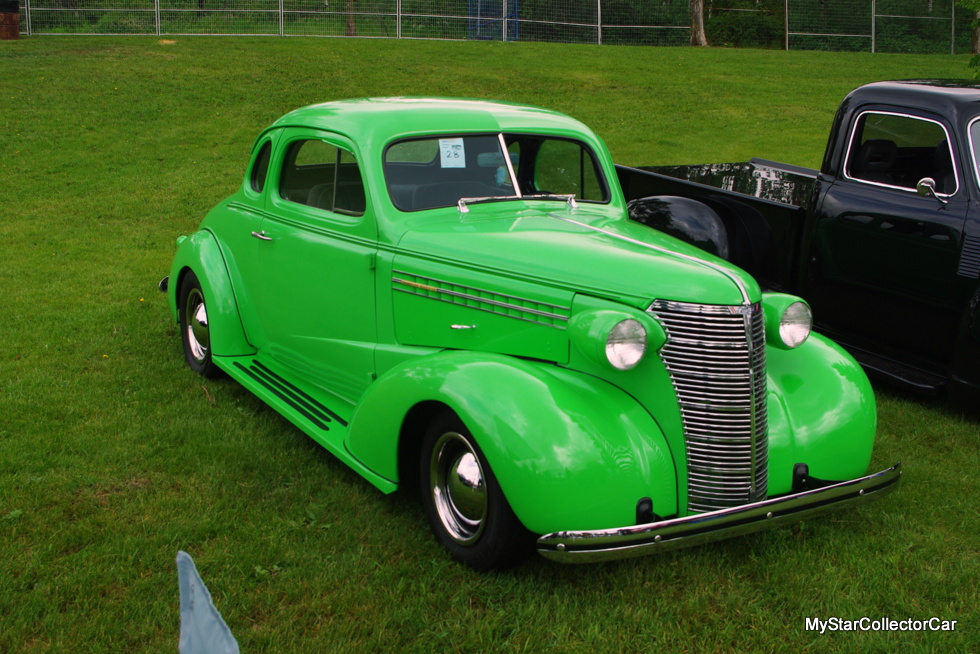 We are not camera experts here at MSCC but June makes our job (and conceivably wedding photographers) a lot easier because it’s a growing season for plants and good backgound scenery.  The big difference between us and wedding photographers is that we get to deal with happy old car owners and not crazy young brides. 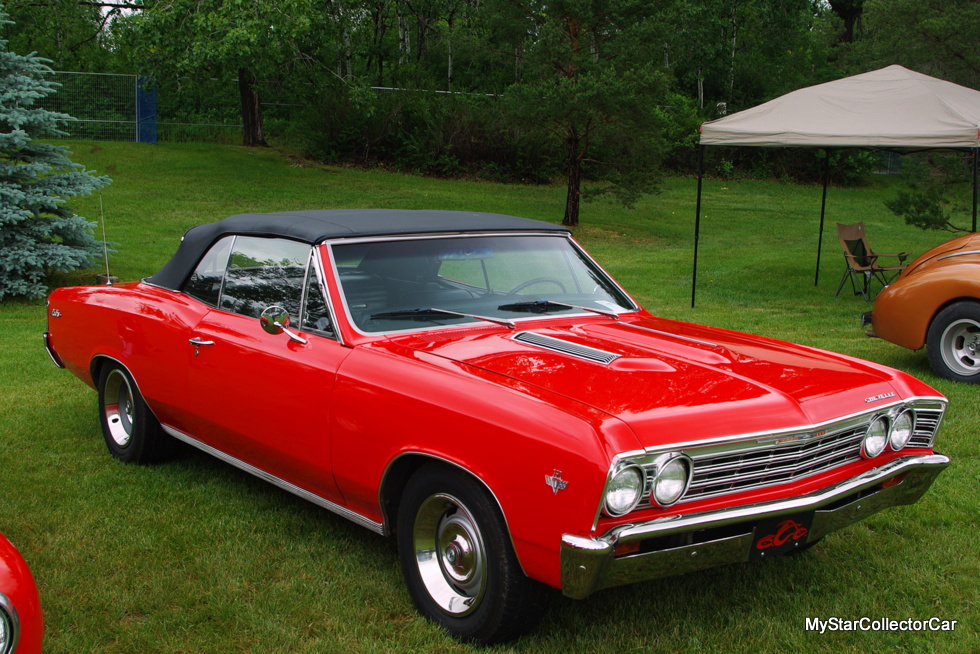 We at MyStarCollectorCar are very grateful for that crucial June photographer difference. 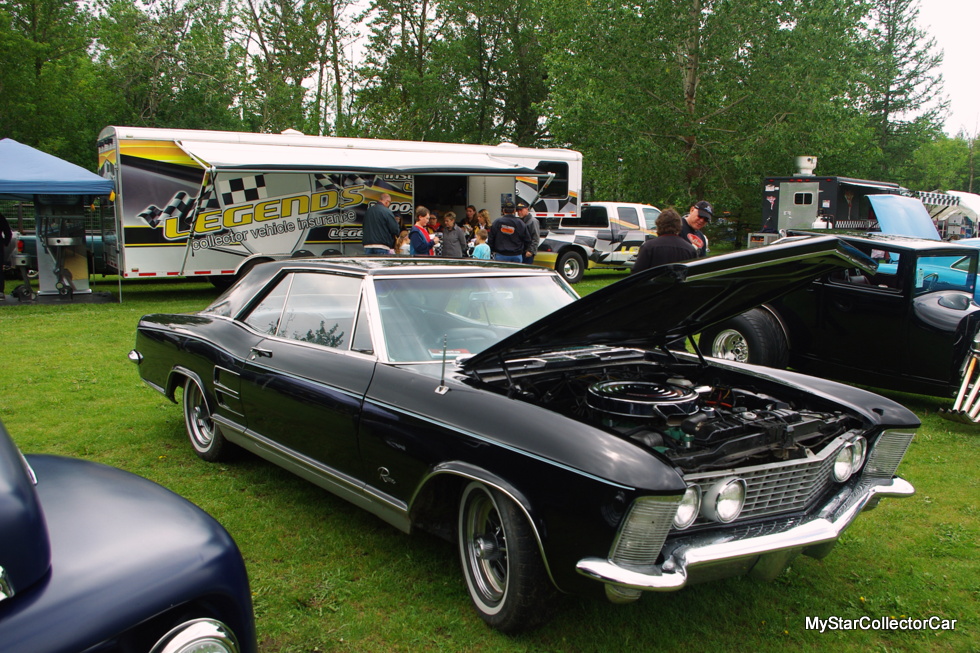 The fifth and final reason that we wish every month of the year could be June is the amount of daylight in our part of the Northern Hemisphere. By June 21, the sun will rise at little after 5am and will set a little after 10pm in our region, so car guys will have plenty of time to show off their rides in decent light. 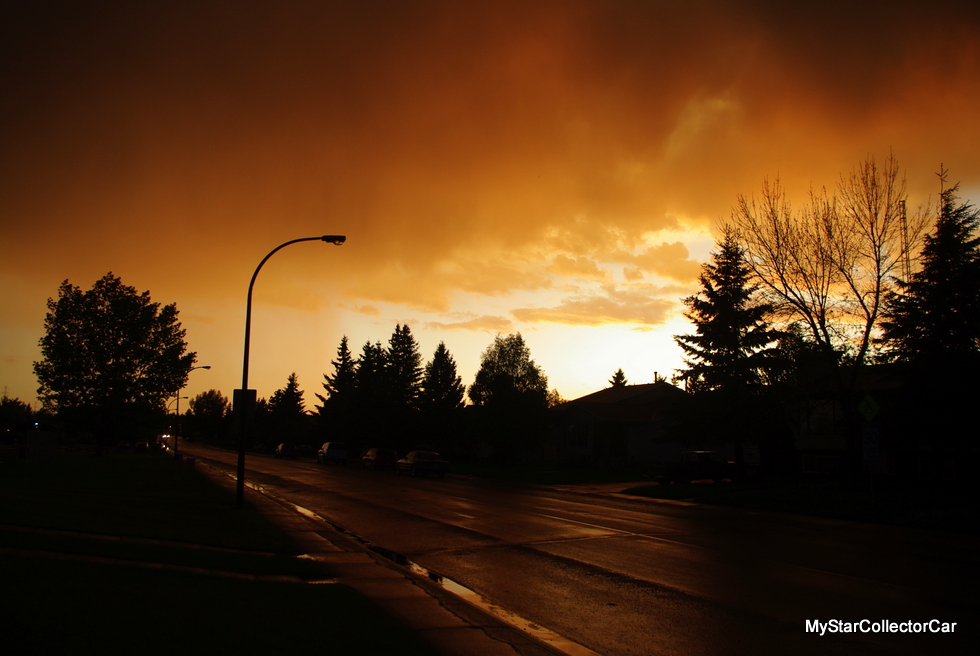 Jimmy Buffett may have headed in a different direction in life but his lyrics about June from his 42-year-old song remain near and dear to our hearts here at MyStarCollectorCar. 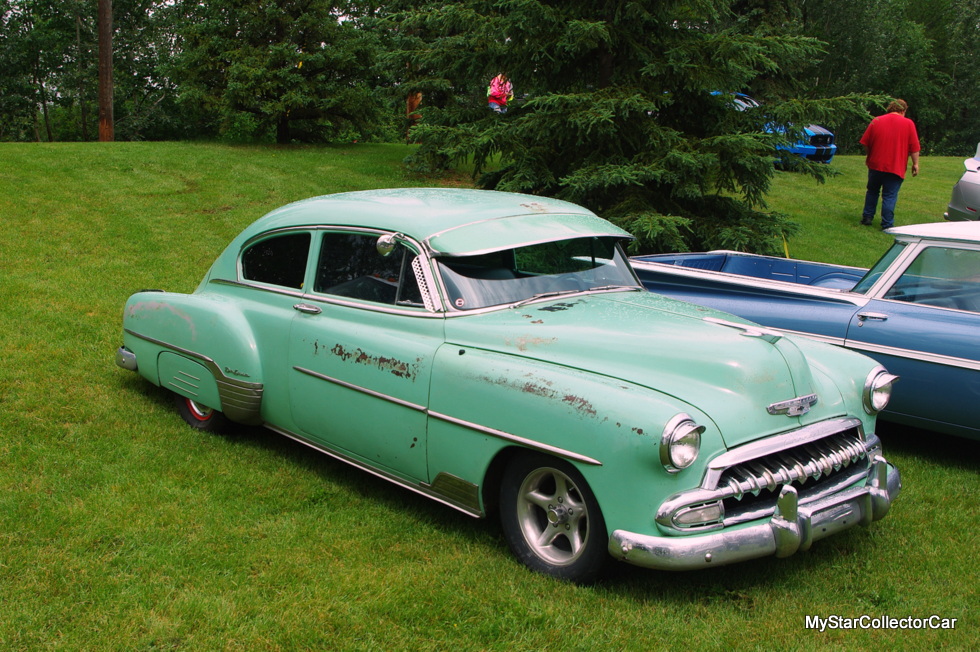 June is the best time of the year for car guys. We’re just not sure if the people with the fake birds on their heads have the same love for this month.

THE ROAD TO COMPLETE STUPIDITY IS PAVED WITH CRUSHED 1970 CHARGERS