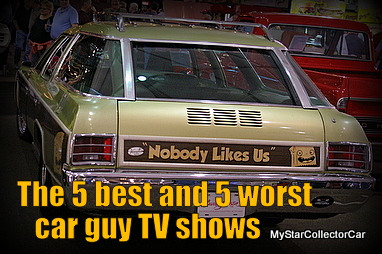 “I’m sick and tired of our generation being called the TV generation. What do you expect? We watched Lee Harvey Oswald get shot live on TV. How could we turn the TV off after that?” 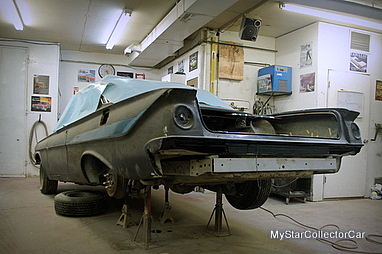 Twenty-two years later cheap to make reality television not only dominates network but also low and mid level cable landscape. One of the many places that reality television has had an effect has been on automotive related television. Twenty years ago the only place you could find automotive television was Saturday afternoon or Sunday morning. Now we have at least one channel dedicated to cars and car culture. With others devoting entire evenings to car culture.

Velocity is a godsend for the car guy. I catch at least an hour of Velocity a night- dependent on them being in heavy repeats or not. Discovery isn’t too far behind with at least one solid night of car TV a week. It’s a good time to be a car guy.

The unfortunate part of car culture television is that the word “culture” seems to be a catchall for anything that seems car related but has more to do invented drama and spending/making money. These are common reality TV devices as I imagine they are pitched to give a broader appeal of a show since, the common thought is “only some people like working on cars but everybody can relate to drama and money”. 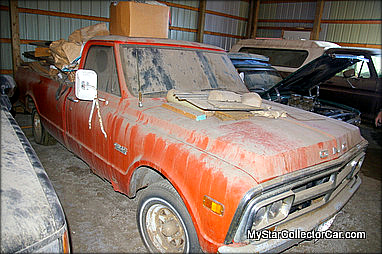 Recently Velocity has been rerunning old episodes of American Hot Rod. Officially I think American Chopper, Monster Garage and American Hot Rod were the forerunner shows for this current era. All these shows eventually were crushed under their own inability to be exciting without reducing themselves to amplified/embellished/invented dramatic flare-ups. That and Jessie James turned out to be a really unlikeable human being. You can only run an engine so long on pure nitrous before it blows up.

I found American Hot Rod to be pretty much unwatchable now. It doesn’t age well. Watching it made me think how many of the current shows will hold up to the test of time and how do they rank? 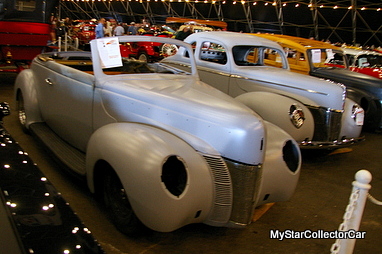 This is my top five and my bottom five. My top five I watch any time I can – if it’s a new episode. The bottom five are the ones I won’t watch ever. I rather turn off the TV and go work on my own cars— quietly.

What can I say about a show that hasn’t already been illustrated in the commercials? This is a dram-a-thon. I can’t get through a single episode. I tried and I really wanted to because it’s the only Mopar-centeric show on TV. A guy named Mark Worman is the ringleader of this show. His personality is so caustic that even seeing him in a commercial makes me want to change the channels. 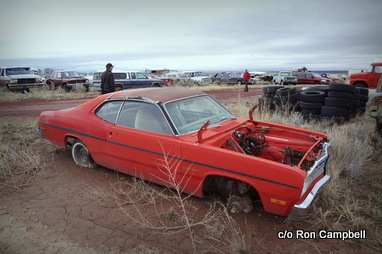 He approaches his staff with an “I’ve already had enough of you” attitude and the draw is supposed to be to let us watch as he initiates screaming matches with anyone unfortunate enough to be caught in the same room as Worman. This show’s draw is the drama – I suspect because I don’t get much of anything else done. They cut away from cars for drama anytime the hint of an altercation is apparent. That’s unforgivable and the show is unwatchable.

I dislike this show mostly because it’s a spin-off of Pawn Stars, which could be retitled “Antiques Roadshow for Dumb People”. 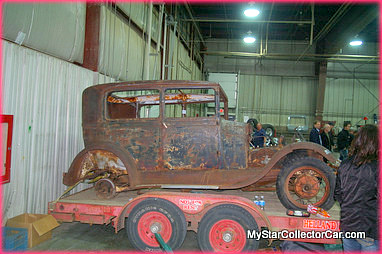 Nothing positive could have been born of the Vegas world that gave us both Pawn Stars and American Restoration.

I have not watched one episode of this show. I know from other shows produced by this History Channel Vegas team that you’ll get a starter project, then a bunch of unrelated drama and a finished project with no idea how we got there.

These guys are another shop of caustic a#$%&s. I find if you spend time with these types of personalities you run the risk of normalizing the behavior and losing the ability to identify a#53$$ in the real word. 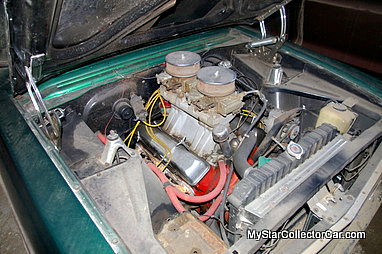 That’s not worth the risk. They also suffer for what I call “The Blue Bear Conundrum”, which goes like this; “Why would you have a car restored by someone you wouldn’t think competent enough to even perform an oil change?”

I have unfortunately caught two episodes of this show. One caught my interest because they were restoring a ’50 Cadillac. Unfortunately, in a scene that might of taken 5 minutes in TV time they pulled a rusty sunbaked motor from a later model Cadillac off the desert floor. In the next scene they were installing the painted shiny version of this motor into this car. 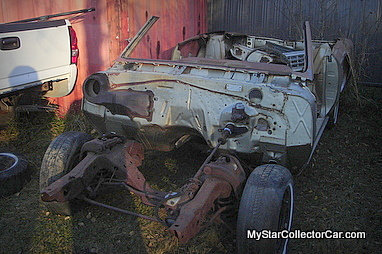 They yadda-yadda the best part!!!! That finished it for me. As soon as you reduce the repair/restoration aspect or invoke “TV Magic” for the sake of making room for drama you lose me.

This is the strange love child of the Barrett-Jackson and Storage Wars. This is all about stupid people spending money and then rationalizing what they paid by stating what they get. Or by making a vehicle more salable by throwing their wallet as hard as they can. Notice that they hardly ever quantify the prices they put on TV. It also leans heavily on the personalities and relationships between these mental midgets. All work on cars is done off camera to make room for even more propped-up drama.

I have days when I like Wayne Carini and days when I don’t. I know I’m supposed to like Wayne because he keeps showing up in my Hagerty Magazine the same way Jay Leno shows up in Popular Mechanics. He’s being marketed to me the same way home improvement channels manufacture stars for careers doing trade show appearances. The problem with Wayne is he’s a bit of a car snob. He pretty much likes pre-war cars, Corvettes, Cobras and European sports cars. 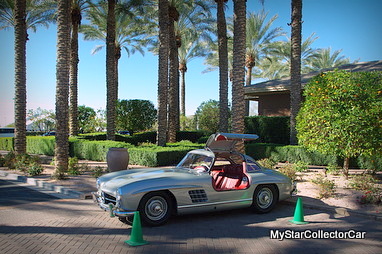 Little else appeals to him. But there is very little TV magic, invented timelines and manufactured drama in this show. I like that a lot. And Wayne gets burned pretty regularly too. He doesn’t always come off as the smartest guy in the room. The real star of the show is Wayne’s in house mechanic, Roger Barr. Anytime Roger is on screen it’s going to be entertaining and you’re going to learn something.

You wouldn’t think I’d like this show. And you would have been right – I didn’t. These guys have all the earmarks of what I hate in a reality show: invented timelines, drama and distracting excursion that have nothing to with the projects at hand. But at some point, for me at least, this show leaned into the skid. 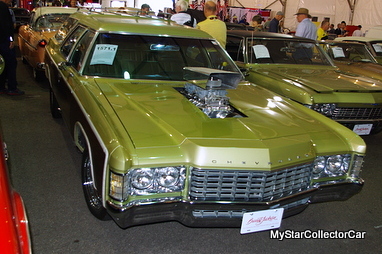 Instead of becoming more straight laced it became goofier and offbeat. They played off the common reality show tropes and made it something of a hybrid. I’ve really come to enjoy this show. It still usually employs a B storyline I could live without. For now it has developed into its own little sweet spot. I can’t defend it but I enjoy it. But I’m also pretending Misfit Garage doesn’t exist.

I love these guys. The only thing that holds back this show is that they are UK-based. That being the case you get a lot of “classic” cars that are not relatable for a North American audience. But they’ve even started to address this by bringing over American cars and working on them. 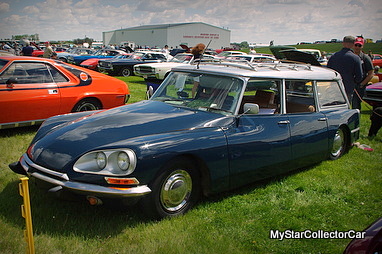 So far they’ve done a 60s Caddy, a Delorean, a C2 Corvette and even a Dodge Charger. The Mechanic, Edd China seems to know exactly what he’s doing and, unlike other car show he has no problem walking you through it. I learn a lot from this show. Mostly what I’ve learned is that I really need a two-post lift.

Unlike everyone else I came at this show backwards. I caught, the now cancelled, American incarnation of this show before I ever watched an episode of the original UK version. Actually having a real rally car driver on the American version was a great distinction. I think Jay Leno’s almost involvement and then non-involvement around the Conan fiasco hurt the American version beyond repair. One of the stars, Rutlege Wood, is in a new History Channel show “Lost in Transmission” – which the less said about this half-an-hour admonition the better. 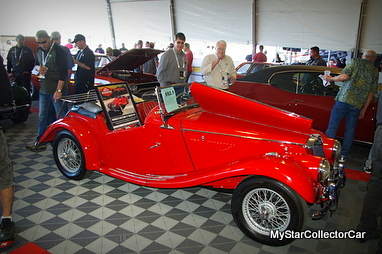 The best days of the UK show might be in the rear view but its still pretty strong – although it’s future is shaky with Jeremy Clarkson’s departure. Like Wheeler Dealers it has taken on North American presence more often in recent years to broaden it’s appeal. Not a bad thing for a North American viewer. Adding Tanner Foust (an actual rally car driver) to the UK cast would make it even better. Most of the time the show it’s dumb comedy but still smarter dumb comedy than its North American competition. The one shortcoming of the show is that it does employ TV magic more that I think it needs to or should.

In its quest for the dumbest collection of television viewers ever TLC dropped Overhaulin’ in 2008. Since then it’s been on Velocity and sometimes Discovery. I lost it on my dial for a few years. In the last year I’ve found it again and was glad to find that it’s still the reigning champ. It holds the distinction of being a part of the forerunner shows such as American Hot Rod, Monster Garage and American Chopper that’s still going strong and it’s still really good. It does employ a timeline but as its not invented or tied to something stupid. It seems appropriate that it should be as eventually someone is going to get curious about where this car went. Maybe Chip Foose is a jerk in person but I get the vibe he probably isn’t. He seems pretty genuine. More than anyone else, Chip anchors this show. Without Chip I don’t think this show could exist. The only bad thing I can think to say would be too many Chevys. But even in saying that I know that’s tied directly to the aftermarket availability of Chevy parts over Mopar. 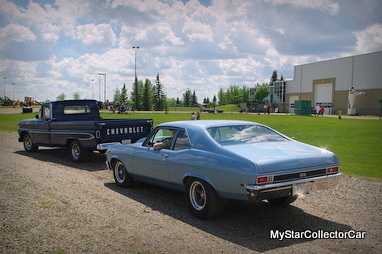 Obviously the more technical a show is the better the show it is for me. A few years ago I remember a show on DIY Channel called “A Car Is Reborn”. It took a restoration and took a real “This Old House” approach to the show. I really enjoyed that show and felt I learned a lot just watching it.

But more and more TV is now doing little more than just trying to manufacture moments and if a car gets, restored, customized or fixed than that’s just purely incidental.