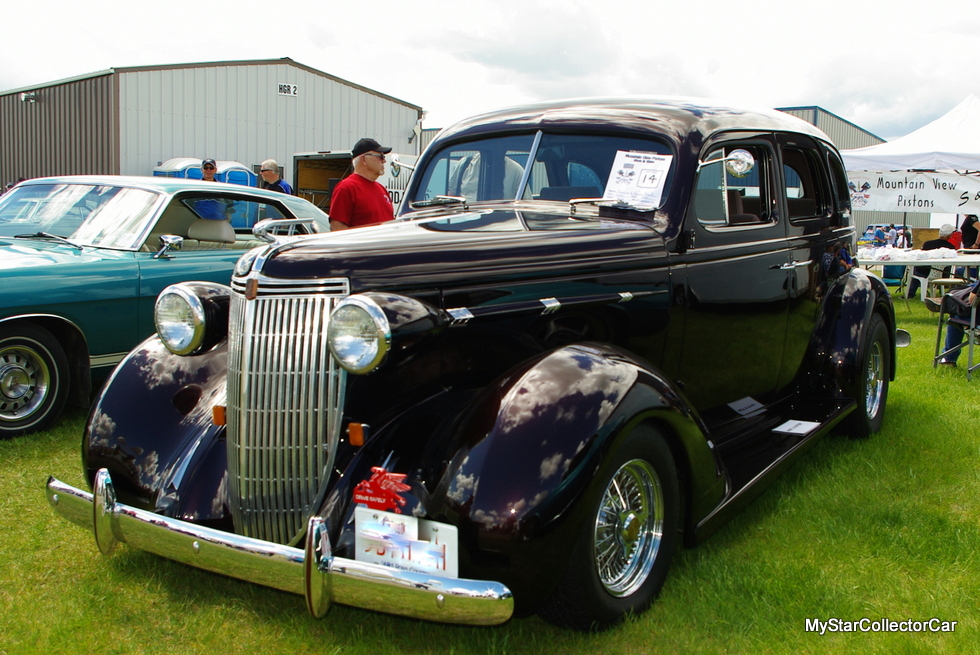 Barrie and Karen Krall are the current owners of a beautiful 1937 Nash Lafayette 400 sedan that is a remarkable reminder of a long friendship between Barrie and the former owner.

The two car guys met 50 years ago in 1969 and remained friends until the previous owner’s death.

The Nash was a project that took about five years for Barrie and his friend from start to finish–plus it required a commute for Barrie from his home to the former owner’s place in a nearby town. 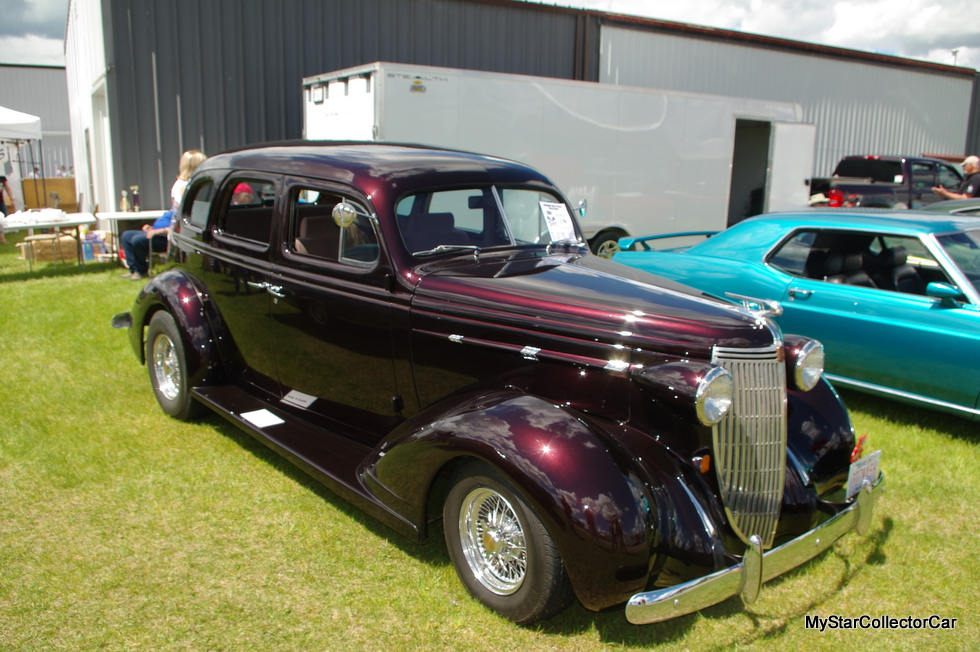 They started with a “great car”, in Barrie’s opinion, and then the two car guy buddies built one of the most stylish Nash resto mods on the planet. Barrie mentioned the goal was to produce a custom car that incorporated all the cool style of the original ‘37 Nash Lafayette 400 with enough upgrades to make it very drivable in modern traffic. 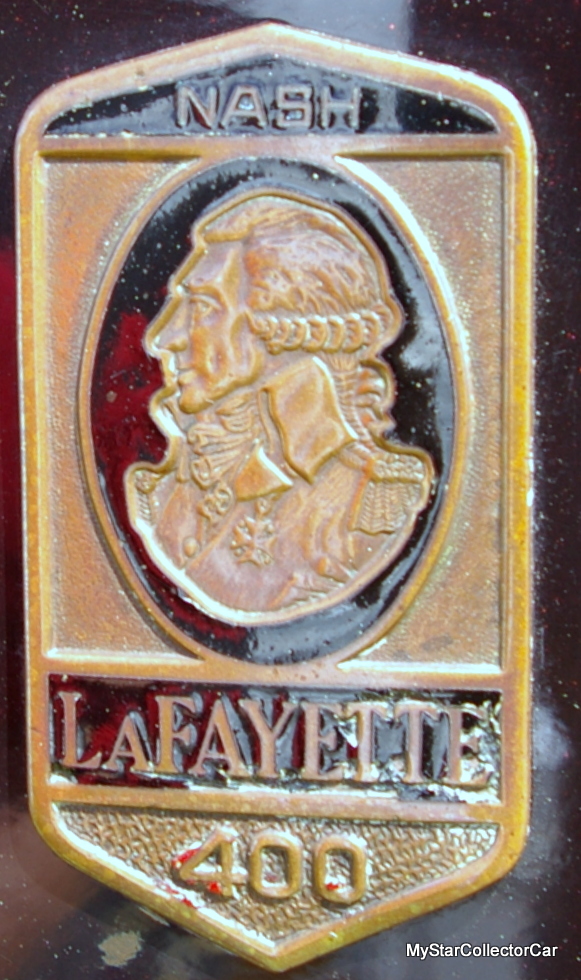 The car has a 283 Chevy small block hooked up to a three-on-the-floor manual transmission that will be recognized by most of our MyStarCollectorCar readers as a solid powertrain choice for hot-rodders from a bygone era. The ’37 Nash also has a Nova front clip that provides a good match for the SBC and was also a popular resto mod choice for many projects from the past. 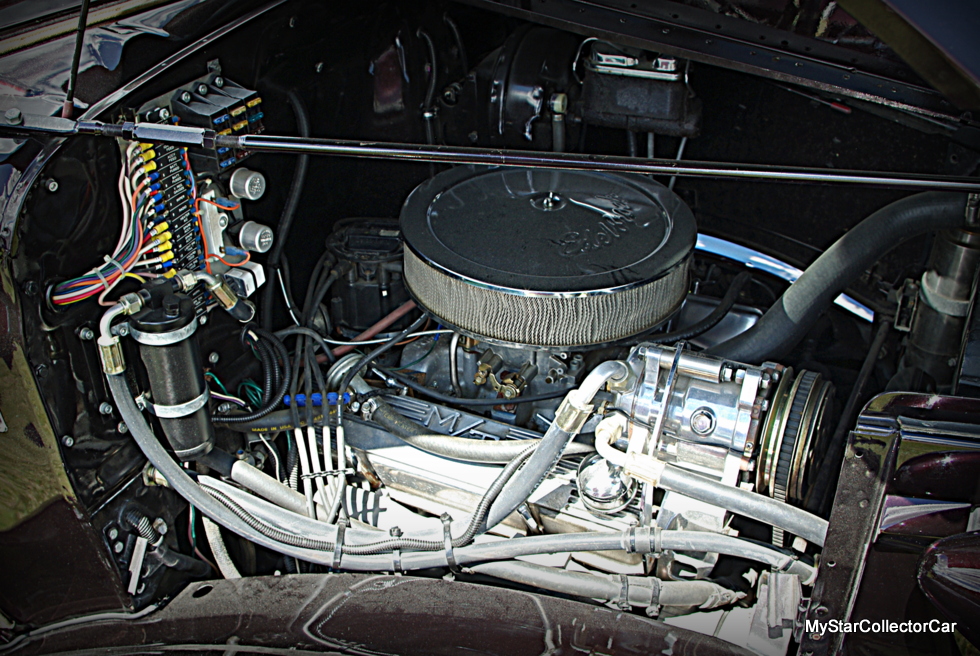 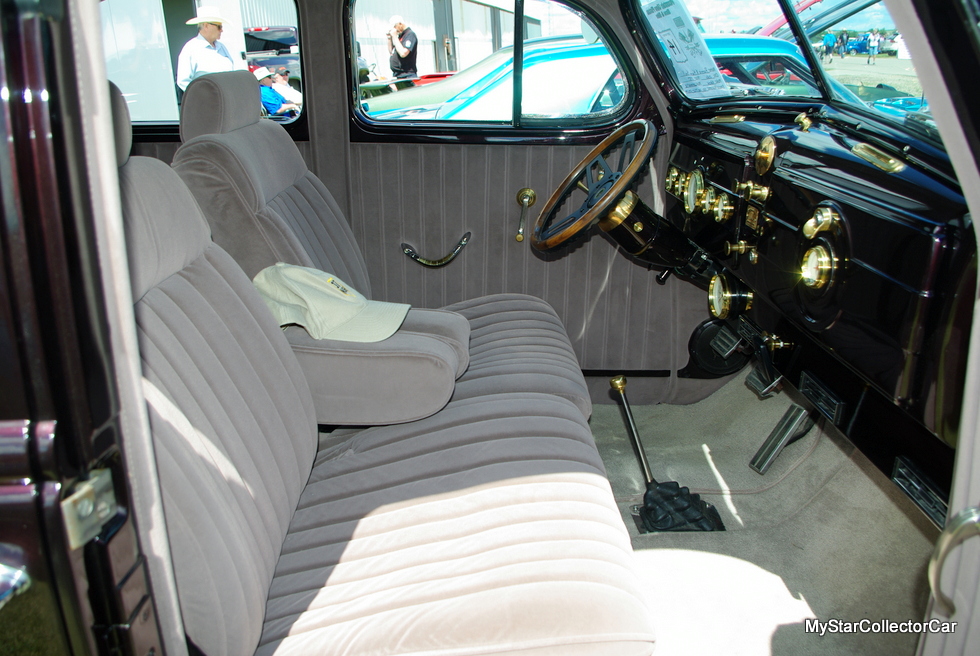 Barrie also noted the custom craftsmanship on the Nash, including hand-machined brass window cranks and door handles, along with custom-built instrument knobs and panel gauge borders that were also built from brass. 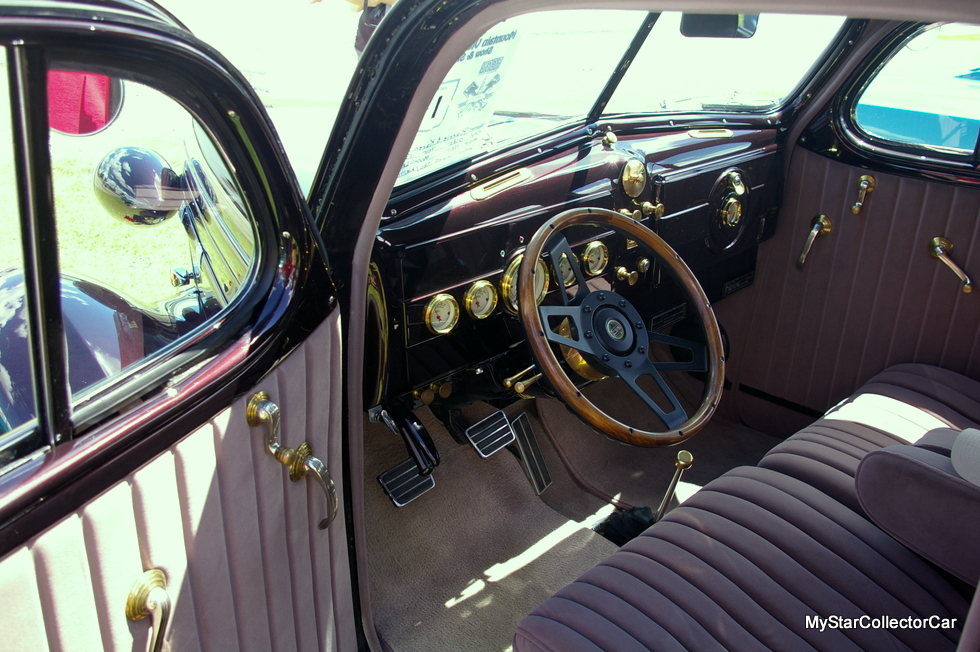 The expert fabricator who performed these metal miracles hand-built the headlight rings from one of the originals on the Nash.

However, Barrie and his buddy did most of the heavy lifting on the project over the five-year period and eventually the former owner was able to enjoy the fruits of their labors. The previous owner moved to British Columbia and drove the car to many events. Neither one of the two car guy buddies believed in the trailer queen philosophy as it applied to the Nash. 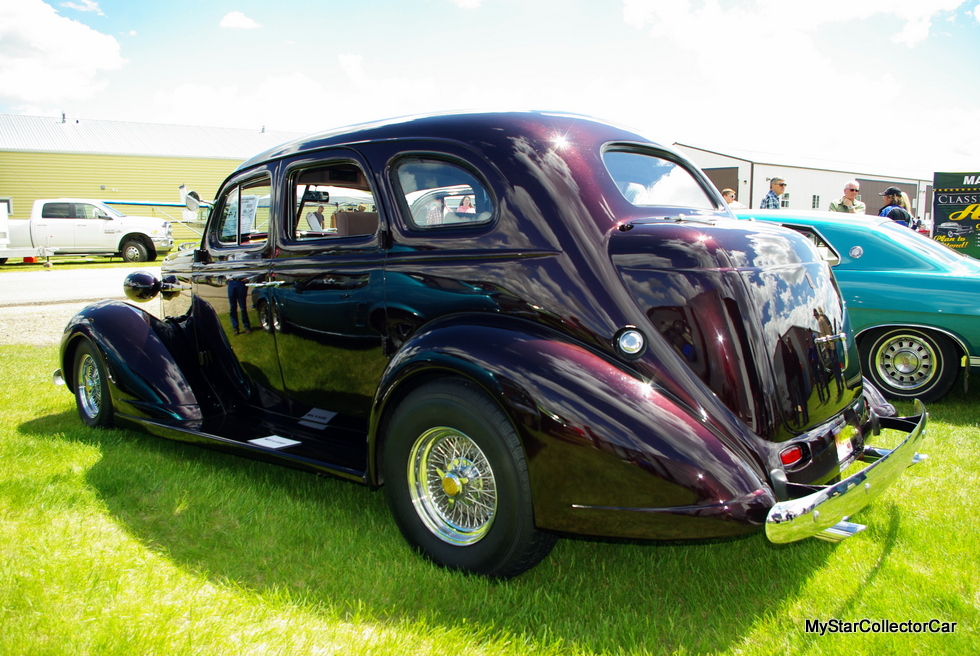 Unfortunately, the previous owner passed away and Barrie decided that he wanted to own the Nash because of its strong memories of friendship with his late car buddy.

Barrie has owned the car for over a decade and completely respects the history behind his Nash resto mod. The car now has about 8000 miles on its odometer since the rebuild and Barrie likes the idea that he and his buddy put all of them on the car–with no trailer in sight during either car guy’s journeys in the Nash. 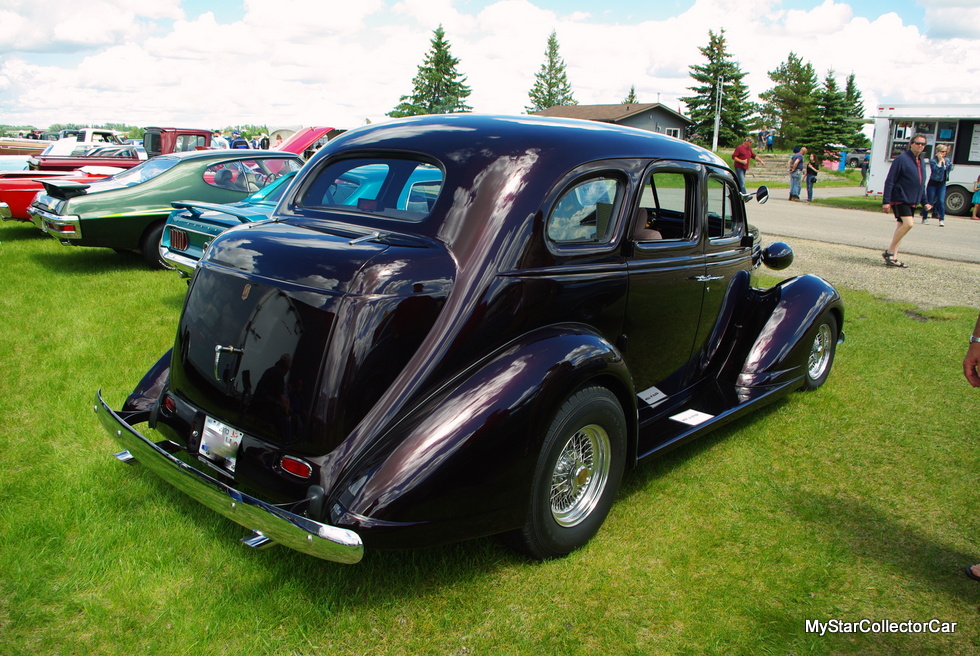 Barrie mentioned the car can cruise all day at 70 mph (about 110 km/h) and passengers can enjoy plenty of room in the Nash during the journey. The back seat legroom in the Nash looks like it belongs in a stretch limo, but this prewar classic left the factory with plenty of rear passenger room. 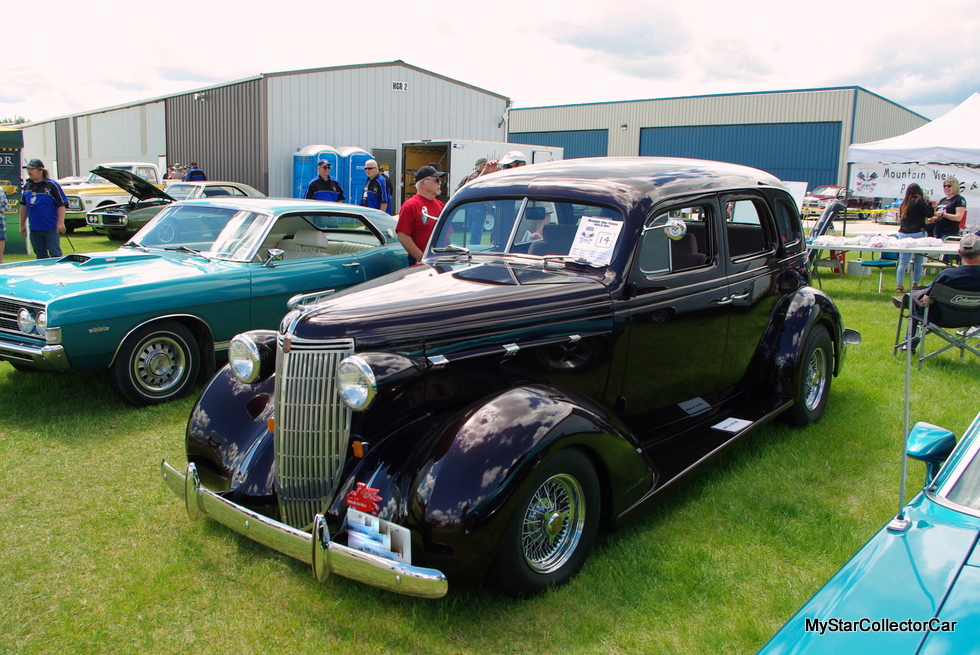 The most important element of the cool resto mod? These days every trip in the ’37 Nash is a trip down memory lane for Barrie because it reminds him of his strong friendship with its former owner.

IN SEARCH OF THE LOST CLIP – THE LESS FUN PART...