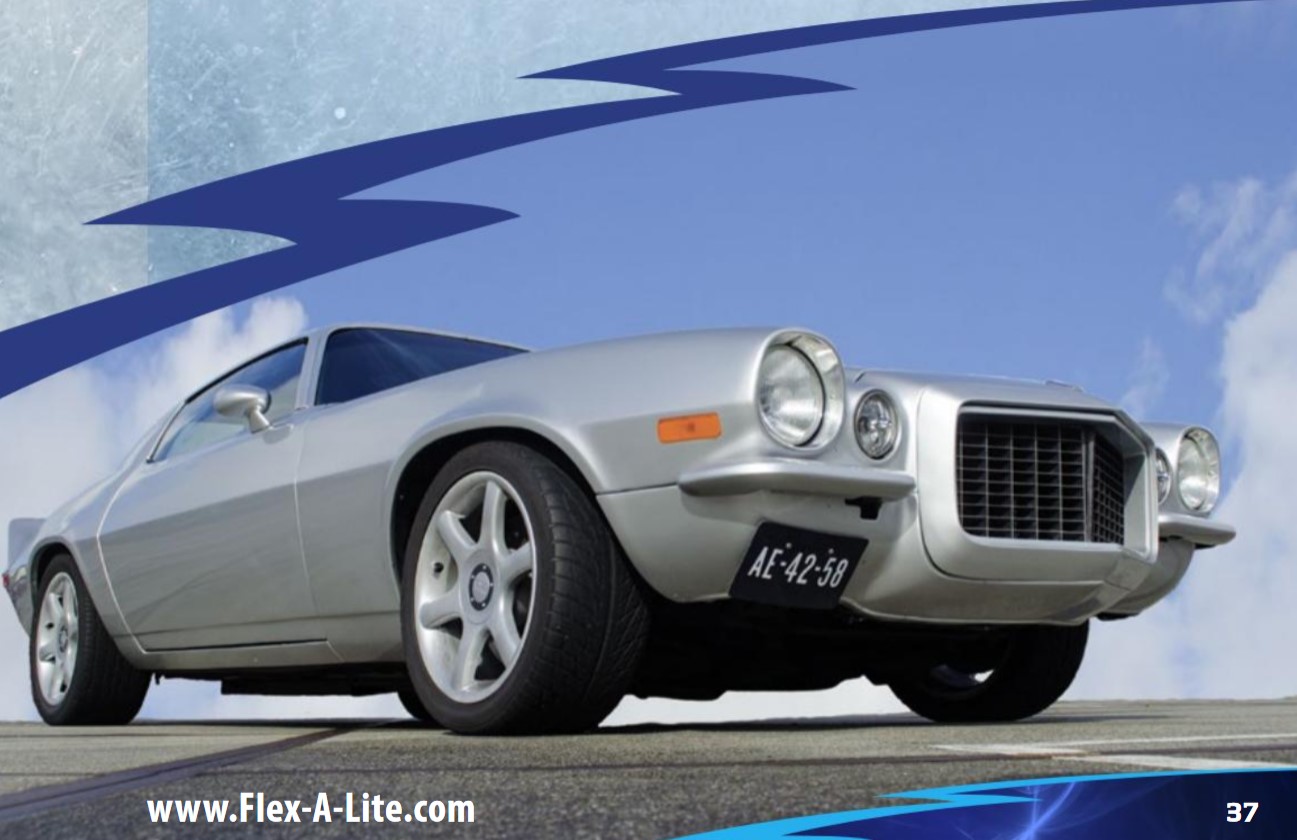 One of the biggest challenges faced by car guys is summer heat and its effect upon their beloved vehicles. In fact, the summer car show season can turn a vehicle’s cooling system into an unwanted misadventure for car guys because their rides cannot handle the hot weather.

The results can be catastrophic failure that pushes the owners much closer to a decision to own a trailer queen that rides behind their tow vehicle to a car show.

The driving experience is dramatically reduced when the vehicle is taken off a trailer and idled a short distance to a car show to avoid overheating issues.

There are solutions to the heat problems so we contacted Cole Quinnell from Flex-a-Lite to provide answers to the most common questions we at MyStarCollectorCar have encountered over the past 10 years while we interviewed owners.

Cole is a dedicated car guy who has been heavily immersed in the car hobby for many years and knows his stuff when it comes to the automotive field. We asked seven questions about how to get a vehicle to chill out during the summer months and Cole gave us solid answers to all of them:

What is your automotive background?

In 2002, I took an opportunity to move to Metro Detroit and work for Chrysler (Daimler-Chrysler at the time). Over the next 6 years, I did public relations and marketing for Chrysler in various roles including U.S. markets, Canada, Mexico and international.

Just as the recession was hitting its low point, in November 2008, I left Chrysler and started CQ Marketing. My goal was to offer Fortune 500 quality marketing to aftermarket performance companies at a cost that made sense for them. Flex-A-Lite was one of the first companies to hire my agency to do its marketing.  We did several things which are pretty standard for marketing now, but were unheard of for an aftermarket company 10 years ago. Such as starting a blog as a content-marketing strategy and focusing on social media.

On more of a personal side, I’m a hands-on automotive enthusiast. I own a 1946 Willys CJ-2A, 1957 Chevrolet Bel Air, 1963 Chevy II, 1966 Chevelle and a 1970 Ford truck. I’ve drag-raced, auto-crossed and road-raced. I created Hot Rod Magazine’s Power Tour and Petersen’s 4-Wheel & Off-Road Ultimate Adventure. My favorite vacations are spending a week in Moab, Utah, for Easter Jeep Safari with my Willys or taking my ’57 or Chevelle on Power Tour.”

What attracted you to the car hobby?

“I love building vehicles and driving them. I enjoy trying new products like the Flex-A-Lite Extruded Core Radiators to see just how much of a performance cooling advantage they provide. The challenge of figuring out how to build a better hot rod or 4×4 is just as exciting to me as driving Route 66 or crossing the Rubicon trail.”

What upgrades do you recommend for summer driving in a vintage vehicle?

“The cooling system is something that most people don’t think about until they have an overheating problem. Yet having a classic car or performance vehicle that doesn’t overheat is critical to enjoying it. One of my long-time friends in the industry was lamenting with me once about how all of his vehicles overheat. He constantly has to watch the temperature gauge and take breaks accordingly. And he was very jealous that I never had to worry about overheating.

The key is in figuring out what your vehicle really needs. Most people jump to the conclusion that they need a new radiator. But properly diagnosing a problem will save them time and frustration. If a car is overheating at idle, then adding an electric fan or replacing the belt-driven fan with an electric will solve the problem. If the vehicle overheats all the time or mostly at speeds above 40 mph, then usually a radiator upgrade is needed. It’s all about the right solution for the problem.”

What do you recommend for a vintage vehicle that has its original powertrain and an owner who wants to protect it?

“Make sure the cooling system is in good working order. Check the radiator cap – you’d be surprised how often a failing radiator cap will cause a car to boil over that otherwise has a good cooling system. We often see overheating problems with original cars when sitting in traffic, like at a car event. Adding an auxiliary electric fan to the front of the radiator solves this easily without distracting from the quality of the car.”

How easy is the installation process for the average car guy?

Flex-A-Lite makes bolt-in, direct-fit performance radiators and electric fans for quite a variety of vehicles. These don’t require any drilling or cutting, and they install the same way the original radiator did. We provide stand-alone temperature controllers that let the customer adjust the activation temp for the electric fans.

What is the best way to address an overheating problem caused by a hot summer day and a vintage vehicle stuck in a stop-and-go situation like a parade?

“Stop and go traffic is one of the easiest overheating problems to cure. The problem is not enough airflow through the radiator because the belt-driven fan is spinning at slow engine rpm. By adding a pusher electric fan to the front of the radiator, you can have full airflow even at idle.”

What is the best way to address a situation where the vehicle is used as a tow vehicle for a trailer, particularly under load with its original powertrain?

“Tow vehicles present a variety of challenges. In this case, an electric fan conversion is ideal for fuel economy and power improvement, but not necessarily for maximum cooling. The massive belt-driven fan that come on typically turbodiesel trucks used for towing move a ton of air when driving on the highway. If a customer tows at or above GVWR, they are best staying with the factory cooling fans. They can improve overall cooling with a radiator upgrade and by adding a good-quality transmission cooler and/or engine-oil cooler.”

The road to summer fun does not have to be complicated by an overheating issue so MyStarCollectorCar would like to thank Cole Quinnell for his practical solutions to some of the most common heat issues in vintage vehicles.

THE OLDS VISTA CRUISER: A STATION WAGON FILLED TO ITS ROOF WINDOWS WITH COOL